A few days ago I posted a compilation of my best posts of 2017 and I was surprised how well some of the 5-year old blog posts aged. Now as I exported old sliwinski.com blog posts from 2012, I was even more amazed how some of my writing after 10 years aged pretty well. I hope you’ll agree with me and enjoy my best writing from a decade ago: 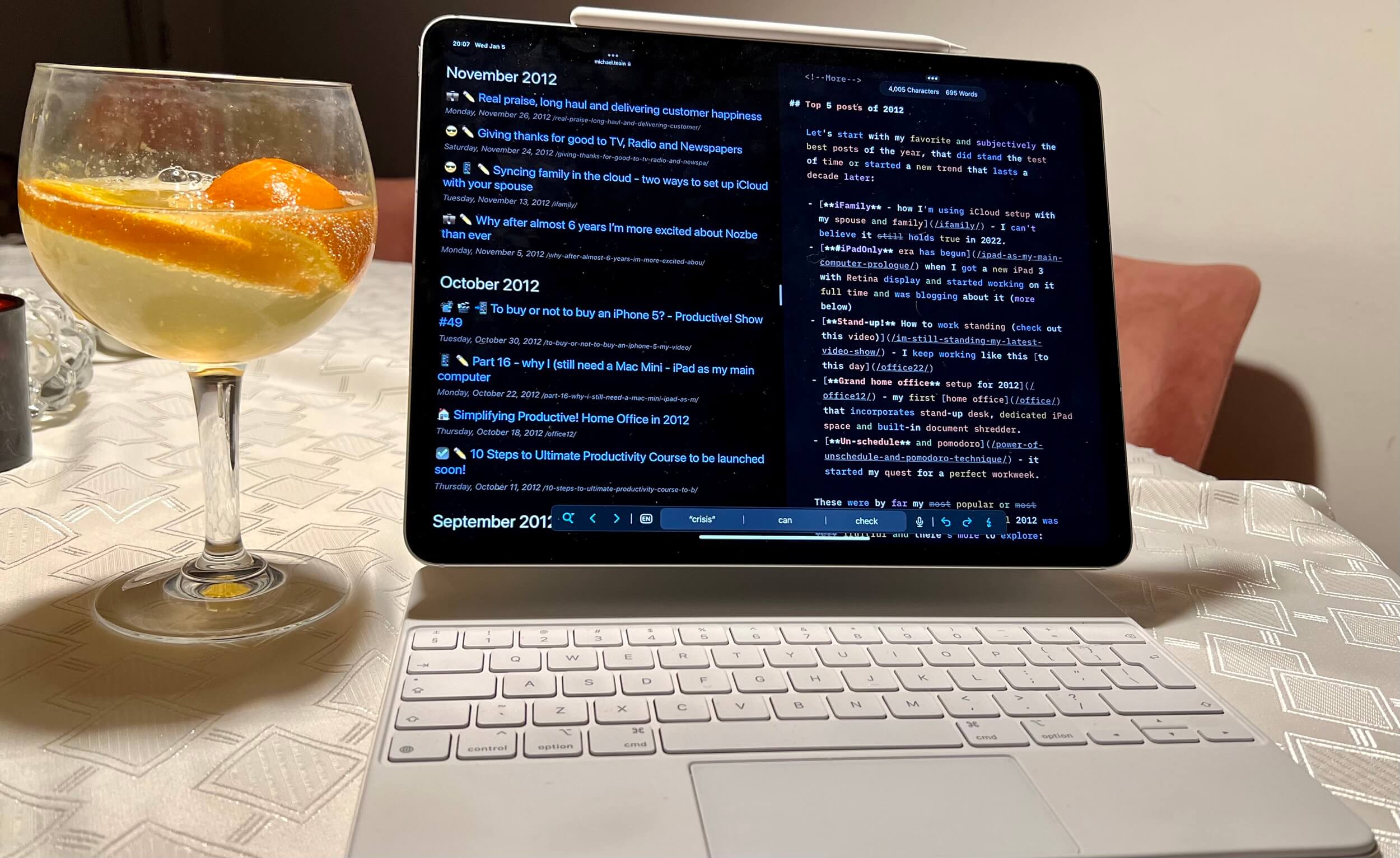 Let’s start with my favorite and subjectively the best posts of the year, that did stand the test of time or started a new trend that lasts a decade later:

These were by far my most popular or most transformational posts. But in total 2012 was very fruitful and there’s more to explore:

Essays on running a business

In 2012 I celebrated 5 years of running Nozbe and I wrote about many aspects of this business:

In 2012 I was still publishing Productive! Magazine and I posted a lot of productivity advice:

How my life has changed

In 2012 I posted about several aspects of my life that have changed substantially and are still true today:

I published several issues of the Productive! Magazine in 2012:

Books I read and wrote about

Yes, I need to get back to writing book reviews/notes on this blog. I wrote a few of those in 2012.

It was also the year when my beloved author and speaker Zig Ziglar died.

My iPadOnly journey started in 2012

I picked up iPad 3 with Retina display and it became my main computer. I posted a series of posts which later resulted in writing the #iPadOnly book the following year:

All in all, 10 years ago I made some big changes!

This year I’m planning to post updates on some of the things I wrote about 10 years ago to point out what has and what hasn’t changed. This was a great decade, no on to the next one!