Going iPad-only is pretty fun if you think about the social media. Most of the apps for that purpose are just done very well, much better than their web sites so the iPad is a perfect device for managing your social media presence. Here’s how I do it. 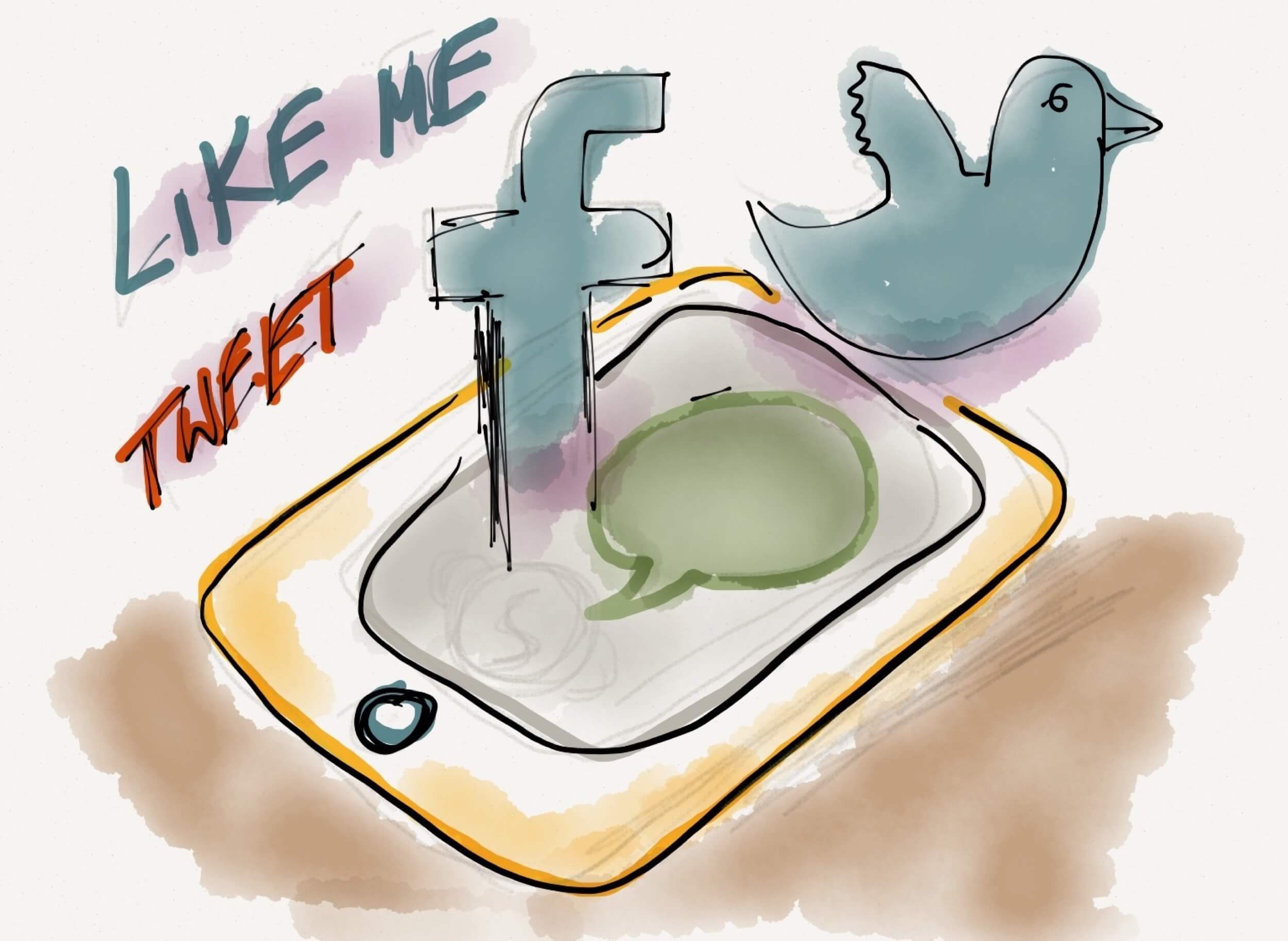 First off, the Twitter integration is amazing on the iPad, I’ve added my Twitter accounts (both the company account and my personal account - you’re following me, right?) to the iPad settings so tweeting from within Safari or any other place is just easy. Loving it.

As my regular Twitter client on the iPad I use Tweetbot - I like how it’s designed and how powerful it is. And the integration with “Pocket” (formerly Read-it-later) is just great. I’ve divided people who I follow into lists and Tweetbot lets me browse my timeline through these lists and when I find an interesting article people tweet, I add it to my “Pocket” list.

I still go back to the Twitter client on my iPhone from time to time because for some reason only this app has the “Connect” tab where I can see who favorite’d my tweets or started following me. Hope this comes to the iPad soon (along with the Twitter’s new logo) :-)

I’m not crazy-active on Facebook but when I want to browse it I use the iPad app - it has some bugs but most of the time it works really well and I don’t remember last time I browsed the Facebook web site. On the iPhone I use the same app, too.

I post my photos using Instagram, especially using the “Kelvin” filter. I use the Instagram app on the iPhone and I’ve set up the IFTTT service in such a way, that all of my Instagram photos automagically are added to my Evernote account. Sweet.

I schedule most of my Tweets using Buffer application on my iPad using their bookmarklet (it works pretty well in Safari) and I mange my updates using their iPhone app (hope their iPad app is coming soon!). I try to post every two hours something useful to my followers (this is how it’s scheduled in Buffer) and later throughout the day I respond to replies and RTs using Tweetbot.

I sync my Google Reader account with Reeder app on my iPad and when I find an interesting article I’d like to share with my circle, I either do it directly from the app (tweet or buffer via email), or simply “star” it. Thanks to the IFTTT magic every “starred” item gets added to my “Pocket” reading list. This iPad app is one of the most polished apps I have on both my iPad and my iPhone - works every time and enables me to read stuff offline.

Pocket (again, it used to be called “Read it Later”) is where all the interesting articles show up for reading them later. From here I decide which articles I’d want to share with my circles, which I want to save in Evernote for future reference and which I just want to read (or watch in case of videos) and be done with it.

As I mentioned, the articles show up here when I add them from Safari browser (using a bookmarklet), Tweetbot (using its integration with Pocket), Reeder (using IFTTT or the Reeder’s native integration) or Email (I also email myself articles sometimes to Pocket). That’s why “Pocket” is my central reading place and it’s the place that helps me decide what I do with what I just read.

Again, thanks to additional IFTTT magic, every article’s URL I mark as “read” in Pocket is being added to a dedicated Evernote notebook so that I can find it easily later. Evernote is my external brain after all.

I just started with Pinterest recently and I’m learning more about this platform. For now I’m using the iPhone app and the bookmarklet on my iPad. So far I find this new social media platform intriguing.

Don’t use it all that much, their API is closed so I can’t post automatically from the services I use daily, so it’s too much hassle for me at this point.

That’s it - this is how I handle my Social Media activity from my iPad and iPhone - how do you do it? Do you have any tips for me?