With so many posts about the iPad many folks still don’t trust me when I say working mainly on the iPad is a really fun and joyful experience and it makes my day… every single day. The promise of a simpler setup, consumer/creator device that switches from a computer to a reading/watching machine, easy flows that get the job done, better browsing experience and amazing portability… well, it’s hard to convince everyone but I can say honestly I’m not going back to a traditional computer. It’s the “zen” feeling again: 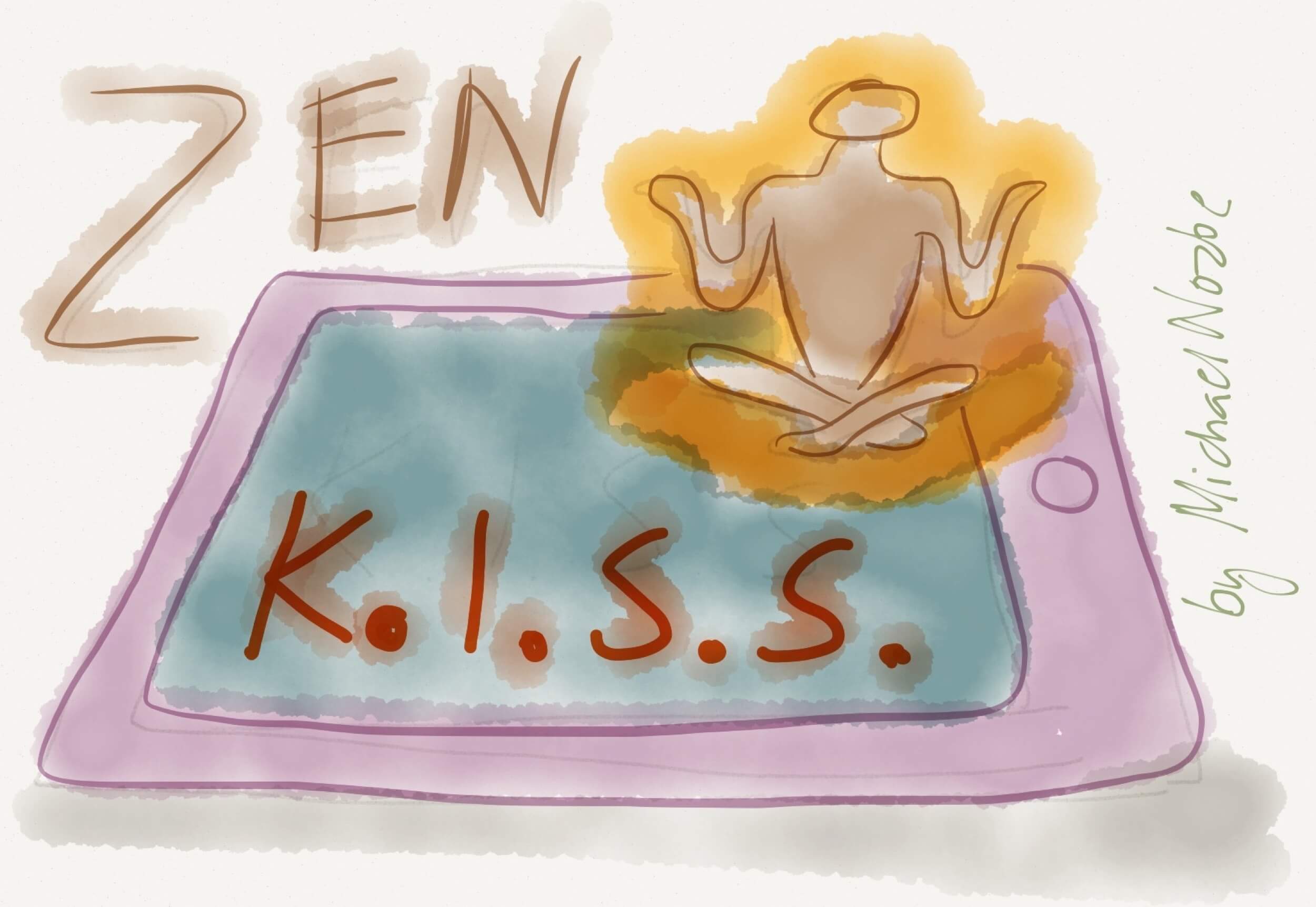 Seems unrelated, but I do like “zen minimalism” and I like the fact of having less stuff and less gadgets and cleaner workspace… I went down to less than 100 objects in my home office (and going further down now to about 70) and ~140 pieces of clothing and only 10 pairs of shoes (and going further down now to about 100 clothes total). It still sounds like a lot, but count yours. You’ll be surprised :-)

The fact of the matter is that not only I have less stuff, but I’m more aware of what I really have, I know where the stuff belongs (I stopped asking “where did I put this?”) and thus I enjoy it a lot more.

I kinda did. I still own a Mac Mini and a Macbook Air and I’m still struggling which to keep (I guess the Air will have to go), but I know where I do the work is on my iPad. Because I’ve set up many “flows” and “simplified” and “shortcut’ed” many things, I tend to do less of “administrative stuff” and more of “higher-level” stuff.

Focusing on doing the great work

The initial switch was hard, as you’ve seen over my last posts, I’ve invested lots of hours into thinking “how do I do that?”, “how do I simplify this?” and eventually I found the way. Now I’m in the moment where I just take my iPad and go - I do great work - I focus on the work and not on the “administrative” stuff like file management, document management, email management… I focus on writing, reading, posting, watching… you know, the stuff that actually makes a difference.

Would I be able to do it on my laptop? Of course I would. But because my laptop is so powerful, I was never inclined to make a radical shift of moving most of my stuff to the cloud, simplifying my setup, setting up more shortcuts… and of course I wouldn’t have the additional benefits of the iPad like portability, the pleasure of touching things and much much more.

When was the last time you have re-thought your computing setup?

I mentioned in the very beginning how exciting it was to go iPad only. I remembered back in late 2008 when I bought my first Mac and had to change and simplify many things I was doing on my Windows machine. It felt very similar now with the switch to the iPad. But even more so, as the iPad is the future of “simple” computing… but this new kind of simple computing that can do a lot more than you’d have thought. And what do you think?

P.S. As all of my posts these days, I sent it from my iPad (writing on an external keyboard and iPad in a vertical view)… but you knew that, right? :-)