OK, now that I’ve been working on my iPad for many months now, it’s time to evaluate it as an “office computer” - can it be used for “real” Office work, the documents heavy-lifting? The spreadsheet cranking? Well, yes… and no. Here’s why: 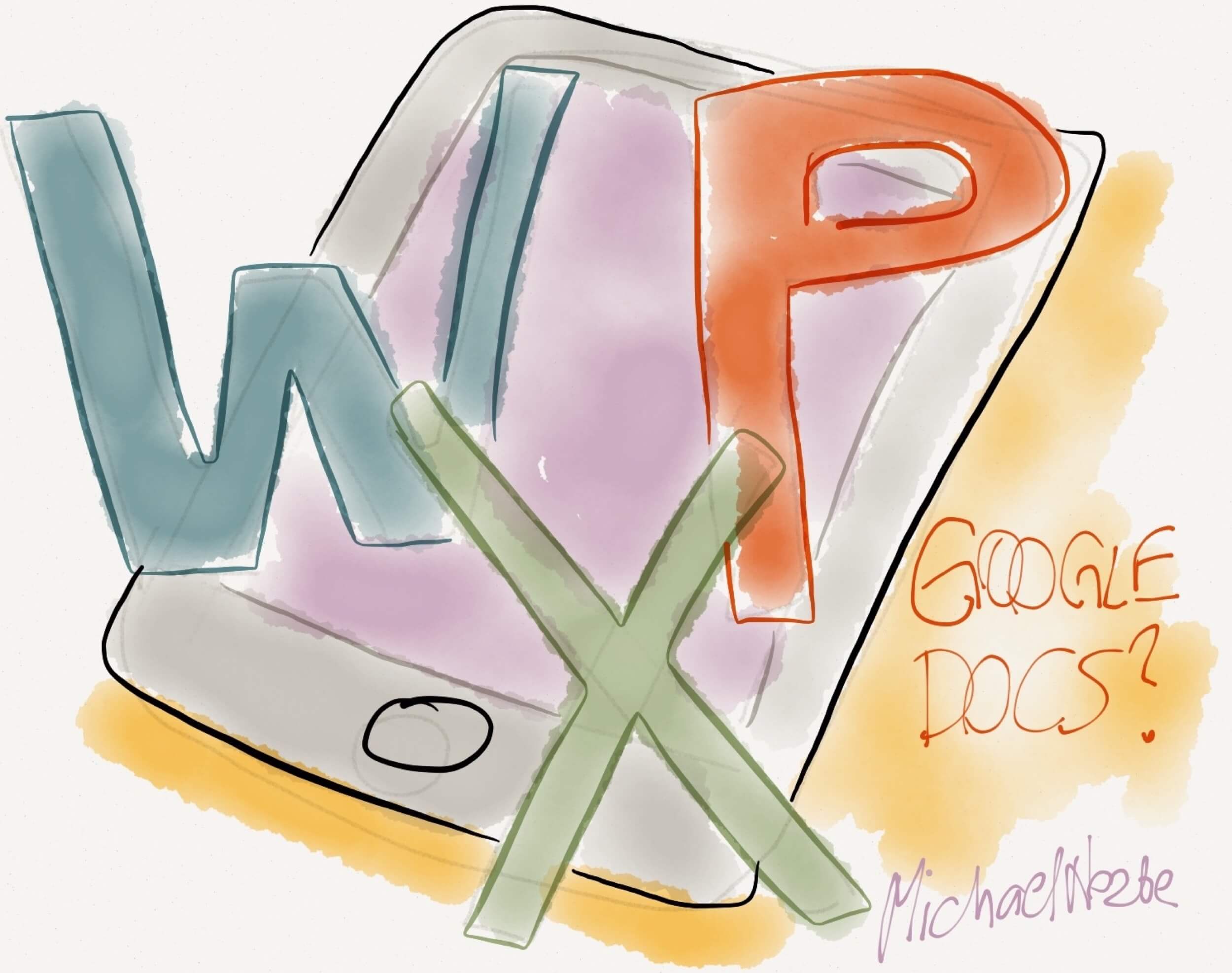 First off, I don’t use “Office” apps anymore that much

In the 90s and beginning of the 21st century the basic productivity suite on each PC was the “Office” bundle from Microsoft. We used to produce Word documents for nearly every type of text processing and Excel for every type of more complicated than 2+2 (how much is it anyway?) results. And Powerpoint for those pretty (kidding!) presentations. That was the standard, right?

I don’t do office anymore. I use plain text files to write stuff, I use email to write stuff, I use Numbers to do spreadsheets stuff. It’s pretty (prettier than Excel) and flexible (in a “design” kind of way). I run my own company with my own product so I don’t need those things. And I love Keynote for presentations much more than Powerpoint.

As I mentioned before, I’m a heavy Evernote user so instead of writing yet another Word document I prefer to write a note in Evernote.

And there are some alternatives to the Microsoft kingdom anyway

Google Docs is one of them… and while it looks promising on the web on a traditional desktop computer, the web version on the iPad is bad. OK, you can type and paste stuff, but to do more complicated editing you have to switch to the “desktop” version anyway and it’s painfully slow… and sharing is even slower… I have tried two apps to manage Google Docs locally on my iPad: iDocsHD Pro, GoDocs - both are OK to have local copies, but nothing more (certainly no document heavy-lifting there!)

But there is QuickOffice PRO HD

The app I actually use daily is the QuickOffice HD Pro - the only app to rule them all. Works both with Google Docs and with Word and Excel docs - I update my company’s Excel sheet every week with this app. The app is really good… so no wonder Google bought them a few weeks ago - hopefully this means a better integration with Google Docs!

All I do is just put my Docs and Excels in my Dropbox and access them directly through QuickOffice Pro HD - I get the file, edit it… and it’s being posted back to my Dropbox so that I can access it on my Mac if I really want to.

I’m a big fan of PDFs - if they are eBooks (or magazines) I usually send them over to my Kindle account and use the Kindle app to read them. An Amazon Kindle storage has 5 GB of space, plenty enough for lots of things to read.

So what about these Apple variants of Docs and Spreadsheets? Are Pages and Numbers and Keynote any good?

Yes, they are. These apps have been designed from ground up for the iPad’s screen so I use them every day. And now that the Mountain Lion is there, I can actually put my documents in the iCloud and use them directly on my iPad. This is the sweetest deal of them all. All my presentations and spreadsheets (and Pages docs which I don’t have that many) reside on the iCloud and I can access them anytime. Good the new cat is there. Before that I used to do a complicated WebDav to Dropbox kung-fu translation to be able to access my files. Not anymore.

All in all, is the iPad good for “Office work”?

Depends on you and your flow. If you want to review complicated Word documents and macro-heavy Excel sheets, you can try “OnLive Desktop” to have the real-desktop Office Suite virtualized on the iPad… but I think you’re better off working on a desktop computer or a laptop. If you’re like me, iPad is more than enough and the new apps like Keynote, Numbers and Pages are a joy to use with the touch interface. Meaning - office work is fun on the iPad… and what I’ve discovered over the last few months is that the “fun” part in work is what really drove me to go the “iPad only” route.

And your experience with “office work” on the iPad?