If you are in a business that makes at least some money, chances are you are not alone. You have competitors who are after the same market and who will do everything to crush you and go after the money you are earning. And you fight back. And you lose. Energy. Time. Resources. Money. Because you get it wrong. Because most of the businesses get it wrong. You shouldn’t care about your competitors. The truth is, the biggest competitor you have is yourself. And I have a track record to prove it. 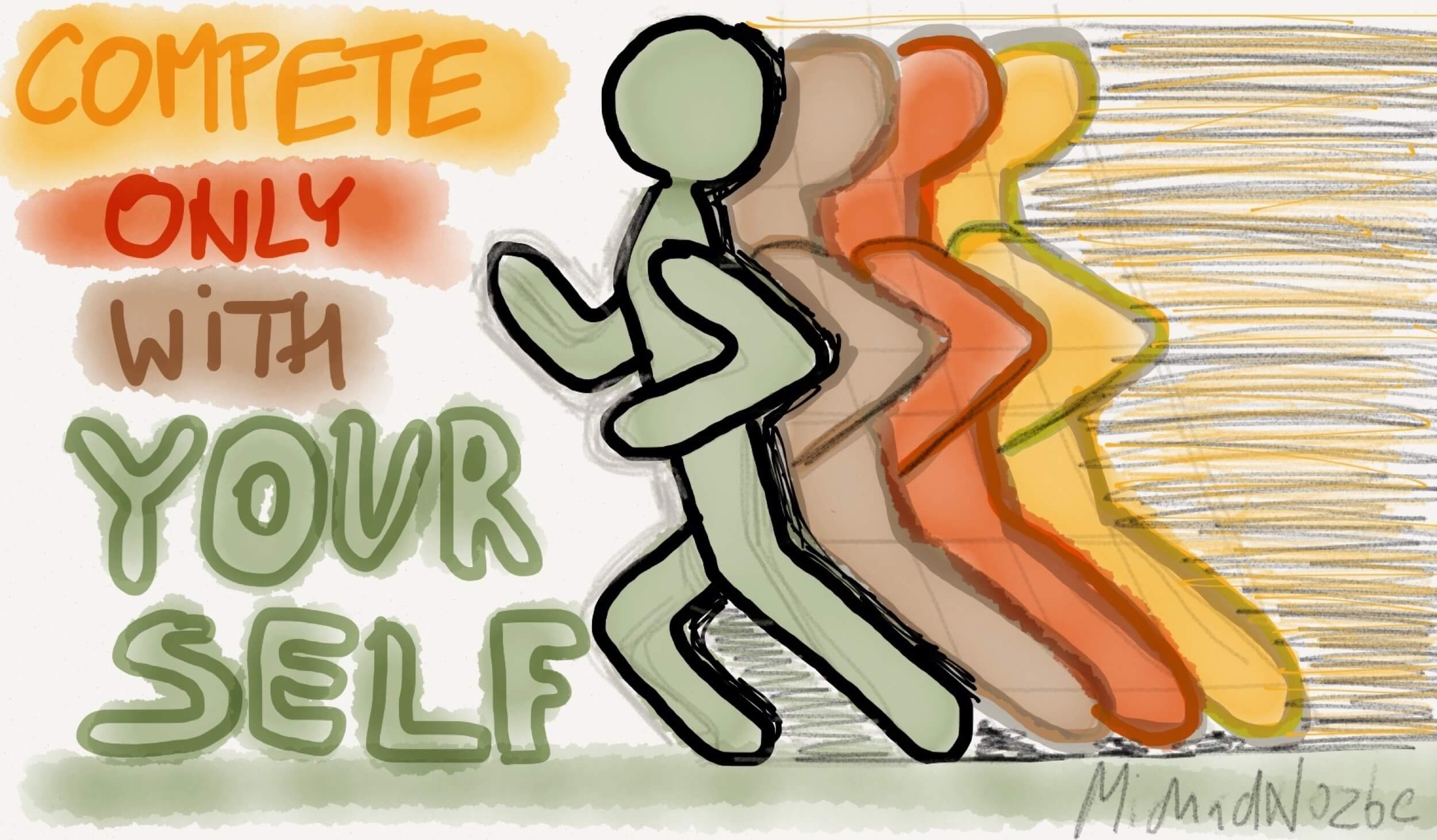 Back to the roots: why I launched Nozbe in February of 2007?

When I launched Nozbe a little over 5 years ago I showed it to the world because I thought that maybe there are more people on this planet who could benefit from a tool that I was building for myself. A tool that helped me organize my projects and my time.

Last week I reviewed the book “Start with Why” and if we go back to its ideas, we can very easily discover that my Nozbe story is a great example of starting with a “Why?”. I didn’t need a new business. I was doing fairly OK with my consultancy work - I just needed to “get things done” better. And for an entire year Nozbe was my side-project which I kept improving because I loved working on it and fell in love with the community around it. Only when it started bringing in more money than my day job I decided to focus on Nozbe full time (around January 2008).

Reality check: does Nozbe have competitors?

Seriously? You’re asking me if there are any competitors in one of most crowded spaces out there (“Productivity”)? The common joke goes that when a computer degree graduate wants to code something they either build a Twitter client or a to-do list application. And I’m not sure it’s really that funny…

Just think about it for a moment - with so many competitors and new coming each year, each month (each week?)… I should be going crazy. I should be freaking scared to open my fridge in the morning only to find a new to-do app there next to my yoghurt.

Be faithful to your customers and not competitors

The thing is, what I am obsessing about is my customers - people and businesses who trusted me and are using Nozbe every single day to manage their tasks and projects. Most of them don’t care about my competitors - they just want to get their job done. And I should be helping them with it. And this might be the reason why after 5 years we’re more profitable than ever, doing great and looking forward to the future (with great improvements in the pipeline) and many of our “competitors” are “coming and going” all of the time (unfortunately for their users, most are folding seeing no money on the horizon…).

But hey, I’m not perfect, I had some lapses, too…

Last year was particularly difficult. First off, my team was too small and I had to build it up, while also building many products around Nozbe at the time with limited resources. I was stressed, seeing a few big entrants into the market with big splashes, lots of VC-backed money and some amazing designs. I started obsessing about them, going different directions, losing focus… and started losing customers in the process.

Now I’m cured. I have a bigger team with very talented people working on some of our best work. Our customers are getting happier seeing us deliver the goodies with our desktop app, mobile web app and more things to come. We’re more focused than ever and the future looks very promising. It’s because I realized that the biggest competitor to Nozbe in 2012 was not some other company, but was Nozbe version 2011… We’re focused on building the best productivity tool we can build.

When people ask me why they should choose Nozbe over any other solution I could go on and on about how easily we implement GTD (Getting Things Done system by David Allen), how our tool syncs in the cloud with all the devices you (might) have and how we sync with Evernote or Dropbox or Box or Google Calendar… but many other tools offer similar solutions in one way or the other… but the real reason is why we do these things and it’s because we want you to be more productive every single day. Because we’re building the best productivity suite we can build. Because Nozbe 2011 which was darn good is nothing to what we’re bringing in 2012 and beyond. Because we deeply care about your productivity. Because we don’t “just integrate” with other services, or the cloud, or anything else for just the sake of it. We do it, because we believe with all these features you will get things done better than before. We ask “why” and integrate later. And with a proven track record and healthy business model we know we can keep pulling this off for your benefit.

Some examples from the real world

When Steve Jobs came back to Apple in 1997 he said: “It’s time to let go of the notion that for Apple to win, Microsoft has to lose. For Apple to win, Apple has to do a really good job”. And just look how it worked out for them.

Conversely when Microsoft saw iPod’s success, they launched Zune. They didn’t know why they did it (for the money?) but they focused on beating Apple. They lost. Massively. Zune is gone.

When Facebook launched “check-ins” everyone said Foursquare was going to die. Foursquare didn’t die. They focused on themselves and kept on improving their app and eco-system and Facebook Places folded and Foursquare is doing better than ever.

Catch yourself if you can!

Just think about how world would be a better place if companies focused on themselves rather than their competitors. How we - the consumers - would benefit a lot more if they focused on us instead of themselves. That’s why please take my advice if you’re building a startup business - focus on yourself and on out-pacing yourself instead of trying to catch anyone else.

I’m not saying you should completely ignore your competitors and do no competitive analysis at all. It’s good to know what’s happening in the world. Nothing wrong about that. But again, while you’re at it, focus on why this or that feature will make YOUR product better. Catch yourself if you can.

Do you obsess about your competitors? Do you analyze them? Or you don’t care? Or you do care but only a little? Do you believe you should? What do you think?