After more than two months working mostly on my iPad I discovered gradually how different it is to work on this small device than to work on a PC. As I mentioned in my last post - iPad is not a PC. Which means many things need to be done differently… but they do make me more productive and make the process more fun. What I recently discovered is how I like stuff happening behind the back in the back-end when working on an iPad. Today we’ll dive deeper into this concept. 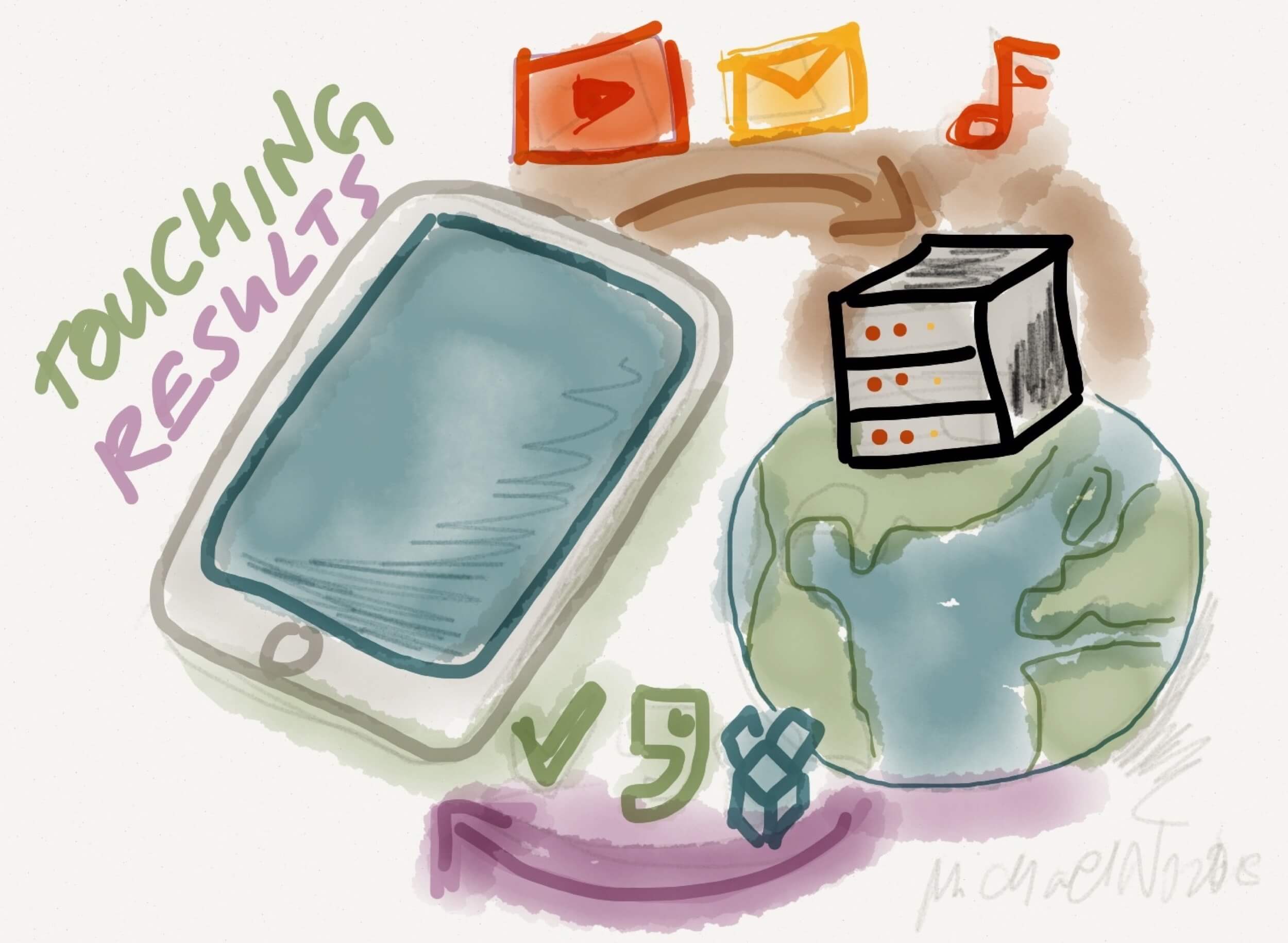 First of all, the syncing with Dropbox, Evernote and iCloud (and even IMAP!) is magical. Not in all the cases (I still beg Dropbox to finally introduce an update to their iPad app to allow syncing of folders) but in most situations it just works. I pull out the iPad and have all the newest information at my fingertips. Many apps sync with either Dropbox or iCloud and Evernote has offline notebooks that sync automagically. Beautiful.

The email - it’s even more magical

I already mentioned that I now regularly email my stuff to Evernote, Nozbe (and we’ll be improving that even more!), Tripit and other apps and this stuff magically is parsed and prepared for me “behind my back” and appears in my apps.

Recently I discovered that there is a free service called SendToDropbox that allows sending files to your Dropbox account. Sweet! I’ve been using it for a few days now and it works as advertised.

Automatic feedback loop thanks to sync and email

Another suggestion I got was from Jakub Krzych - a friend of mine who initially inspired me to go iPad-only (when I saw him doing most of his work on his iPad on one of the conferences we attended). He sent me a great “flow” how he’s working with his designer:

1) His designer draws something and saves the picture in their shared Box folder (Box is like Dropbox, but more for enterprise use).

2) He then takes this drawing directly into Noterize app (now it’s called PaperPort Notes) from Box, takes a Bamboo Pen (a stylus used for drawing on the iPad) and draws his feedback directly on his designer’s drawing.

3) When he’s done he saves the file back and his designer gets an email alert that he changed this file. The designer can then improve the design and we start again… quickly and easily… and “iPad only”.

Thanks Jakub for sending this in!

If this then that

I already mentioned the service IFTTT called “If this then that” where you can set up different processes and different APIs to work for you “behind the scenes”. Like whenever I “star” an article in Google Reader - it automatically adds it to my “Pocket” reading list… and when I’ve read the article in “Pocket” it automatically copies it to the Evernote… the possibilities are infinite!

Recently I’ve been playing with my Mac mini (which is turned on all of the time in my home office) and setting up things there like “when I add a file to this dropbox folder, sync this to my Evernote notebook” and other things that are happening on either mac mini or on my company’s servers. This is when real magic happens.

The iPad in these situations serves as a trigger for the stuff to happen behind our backs… and the outcome is prepared for us.

On a “normal computer” we are lazy

I know you can do similar stuff on a regular computer or laptop… but the thing is, we are lazy and when we work on a powerful computer, we don’t set up these things as we prefer to do it all ourselves “because we can”. When you’re on an iPad you start evaluating how much of your work have you been doing manually and how much can be done “behind the scenes” and don’t require your management.

That’s why I’m enjoying so much my iPad-only experiment and I’d say it’s a radical move between “PC-centric” work and “iPad-with-computers-in-the-back” work where you really feel the computer is doing stuff for you. And you get to carry this small device and you’re just touching the results.

P.S. Yes, the illustration to this blog post has been sketched by yours truly using Paper app with a Bamboo pen - don’t judge :-)