As I started my iPad-only journey I didn’t know what to expect and if I can really be productive on my iPad… What I have found out is that it’s really great fun to work on the iPad and I’m less likely to use my laptop now… and actually less likely to use my keyboard. iPad is not a netbook, it’s a tablet so you should design your flows in such a way that you don’t use keyboard anymore as much. Here’s how I work. 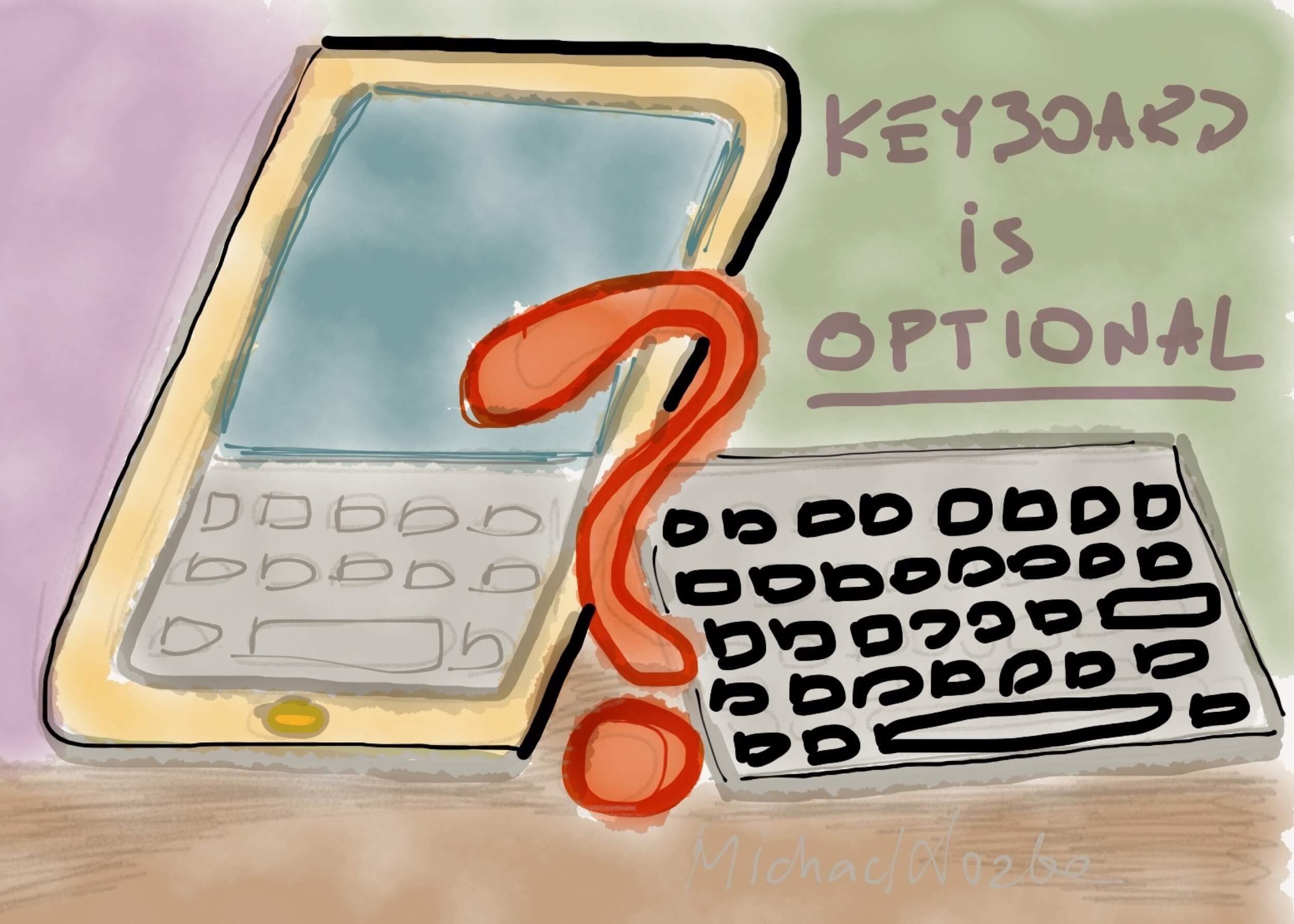 The keyboard is still important, but with the raise of Siri (coming to iPad on iOS6) and dictation (improving with each iOS release) and gesture-based navigation, the keyboard is really only needed when you have to type something longer. Other than that, it’s not really necessary. When using the iPad we need to forget the traditional “keyboard shortcuts” (Ctrl+Alt+Del anyone?) and all these PC-era things and focus on the new. It takes some time to get used to, but boy I love the new experience.

This is built into the iOS itself - go to Settings > General > Keyboard > Shortcuts and define them there. I can’t believe it’s so hidden - it should be very prominent in the Settings. It works across all of my iPad apps, so when I type “hn/” it automatically changes that to “http://www.nozbe.com”, when I type “m@@n” it types my email address, when I type “brm” it types “Best regards, - Michael” - it’s that easy. The shortcuts are one-liners and I’ve added the most I use and I keep adding new.

Hopefully this will later sync with iCloud and push shortcuts to my iPhone, because it doesn’t do it now and I need to define them from ground up again there. Fingers crossed for iOS6.

I also bought an app called TextExpander that allows me to define longer, multi-liner shortcuts. The downside is it works only in supported apps (it doesn’t work in Apple Mail) but it does work in Nebulous writer which I use for typing this article, so it is very useful.

What I miss on my iPad and I didn’t see it was coming in iOS6 was the support of clipboard history. This would save me so much time of adding stuff to clipboard and later pasting it in some other app. For now I just need to stick with the “Clipboard History app” I found on the App Store. The app is great, but crashes a lot and doesn’t save clipboard items in the background, but it’s the best I could find. Multi-item clipboard is something I miss in the iOS and would love it come here at some point. On my Mac I was using Alfred app with clipboard history, that’s why I’m spoiled in this sense :-)

When I process my Email Inbox to zero, I tap on emails and hardly ever use the keyboard… and when I switched to the iPad I learned to reply to emails quicker. I practice max-5-sentences replies (usually less) and move on to the next email message. I know I’m not being as polite as I used to be but over the years I’ve found out people preferred quicker reply than a politer one. With Email speed is what matters. I use shortcuts here as well to speed up answering emails (like “sfl” for “Sorry for my late reply.”) - and I’m planning to define more.

I haven’t been playing with dictation as much yet. In fact I’m not sure if it’s as fast as typing on the keyboard. Like dictating this paragraph takes me a lot longer than if I’d type it. And because English is not my mother-tongue my accent needs improving. But if you don’t have a keyboard handy it’s actually fun to talk to your iPad and see what it comes up with. Anyway I’m still getting used to it but I’m planning to play with it more over the coming months. By the way I dictated this entire paragraph.

What would be interesting for me would be support for other languages like Spanish and Polish. German support is already there but my accent is even worse in that language (but the Germans do understand me). What I believe though is that the dictation support will improve over time and I’ll be using it even more on my iPad.

As I mentioned in the past posts I’m using the Zagg Flex Keyboard and I love it. I’m using it mostly when I need to type the blog posts like this one or write a longer email. The keyboard supports dedicated keys to copying, pasting and other iOS-specific buttons and the keyboard also work with Android devices (haven’t tried it with my Nexus S yet). It’s very nicely laid out and I can touch-type easily on this keyboard. Again, I type faster than I dictate or even think, so a great keyboard is essential for me when I’m into writing.

What I really like about this keyboard is that its “cover” changes into an iPad “stand” and this way I can easily put the iPad in vertical mode. It’s a great writing experience - having just a screen that looks like a blank sheet of paper in natural, vertical orientation and a keyboard next to it - it’s a better typing experience than on the panoramic screens of the laptops. The writing is a lot more “focused”.

Again, I didn’t want to have the keyboard being a part of my iPad cover like all the “folios” pretend to be. iPad is not a netbook and I don’t want it to be a “smaller notebook computer”.

Again, iPad is a post-PC device where keyboard comes up when it’s needed, but in most cases it’s out of the way. That’s how I treat it and that’s how I learned to work. And I love it. Switching to the iPad made me re-think the way I work and the amount of typing I did on the laptop because I could (the keyboard was always right there!) and because I was able to (I’m a touch typist so I can type plenty fast). Not anymore. Now I type less and enjoy computing even more. It’s hard to take the switch but it’s definitely worth it. Sometimes I’m slower because of the on-screen keyboard, but most of the times I’m happier, because I’m not typing as much as I used to.

How do you find iPad’s typing experience? Do you use a keyboard on your iPad? Which one? Why?