If you follow me on Twitter you might know I’m following Formula 1 pretty closely and I’m a big fan of car racing in general. The sports I also love watching (and sometimes playing) are basketball, skiing, ski-jumping (well, I wouldn’t do that myself) and a few more. I’m a typical guy who likes watching sports in general. And I have a few heros of mine in each of these sports. I mentioned before how I admire Adam Małysz for his great sportsmanship and for being a humble champion. In this post I’d like to talk about two more people I admire for their indestructible nature and persistence: 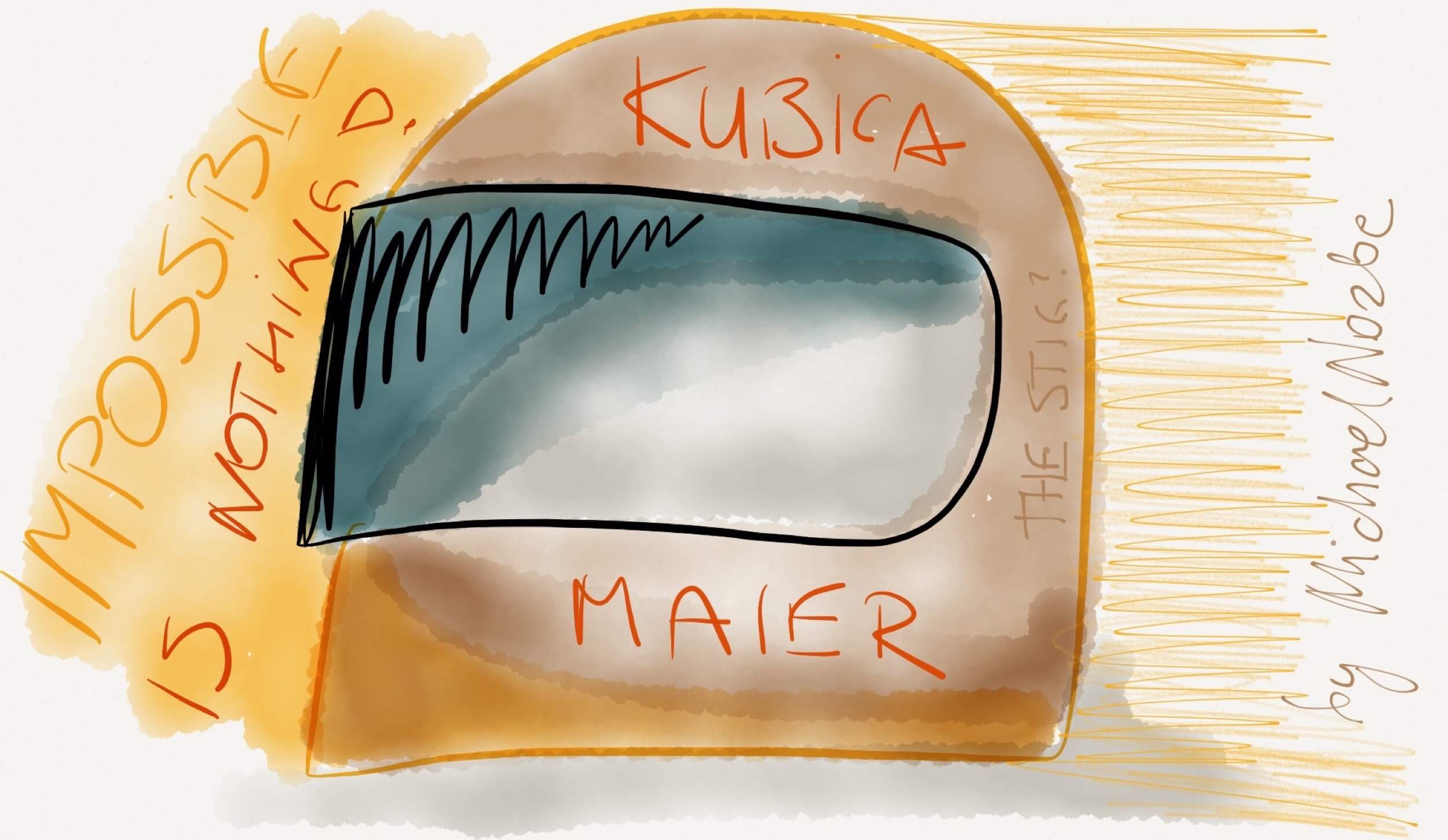 Hermann Maier - a.k.a. the “Herminator”

I love skiing. I’ve been doing this for the last 20 years or so and every winter I try to go for a week at least to drive on beautiful Alpine slopes at amazing speeds… and I even listen to audiobooks while doing that :-)

That’s why I’ve been watching ski championships for many years now and the guy who stood out for me was Hermann Maier - a guy from Austria who apparently was indestructible. Well, he proved it when he had a motorbike accident in August 2001 and nearly had his leg amputated. The doctors said he wouldn’t be able to walk in the future…

Well, saying “he proved them wrong” is understatement. He got back to professional skiing only a year and a half later and just two weeks after his comeback he won a race. Seriously, he basically proved everyone else they had no clue about skiing… a guy who was not supposed to walk, won with younger folks at the top of their game. Amazing. He later won a world title again and had an amazing career.

To me, he really is The Herminator.

Robert Kubica is the first person from my country of Poland to have participated in Formula 1. To this date, he won 1 race and had many podium finishes and at some point in the 2008 season he was even a leader in the overall world championship standings (and later finished 4th). He has the talent, the drive and he was expected to be the first F1 champion to have come from Poland.

Well, before the 2011 season, when he showed lots of promise, he did something reckless and participated in a rally race just before F1 season opening. His car crashed and he got out barely alive with a threat of having his right hand amputated. In the end the doctors fought for his hand and he didn’t lose it… but he never came back to Formula 1 again. Not for the 2011 season, not for this year’s season. Everyone (including myself) started doubting he’ll ever come back to professional racing.

And then he started racing in a WRC rally. This was a shocker. After months of silence, Robert Kubica decided to take his rehabilitation to the next level by simply taking part in a car rally in a WRC car Subaru Impreza (and a WRC car is a 300 horsepower car - the fastest type of car there is for a street rally).

He won the race by a large margin. Seriously, I thought he had no fighting chance - after all his right hand is still injured, he’s racing in an old 2007 Subaru Impreza and is competing against younger (and totally healthy) racing drivers in newer WRC cars. Yet he won each part of the race (each one!) and grabbed the total win. Incredible. Now I still believe he can come back to F1 at some point.

The power of faith, drive, will and being indestructible

Both Hermann Maier and Robert Kubica prove that, as Nike slogan puts it, “Impossible is nothing”. They’re winning against all odds, winning with others, with their body, with their head, with themselves. They show what it means to be a real winner. Now, seeing guys like this, you still think about giving up at something you think is “not possible”?

What is impossible? How do you win against yourself and everyone else? Do you know any other inspiring story?