I received lots of positive responses to my last blog post about my new 2012 home office where I highlighted how I had to redesign my home office to accommodate my two new working habits: working most of the time standing and going iPad-only. However there were a few questions about my setup - mainly why do I need a Mac Mini with a giant Thunderbolt Display when I’m usually working on my iPad… In this post you’ll know why: 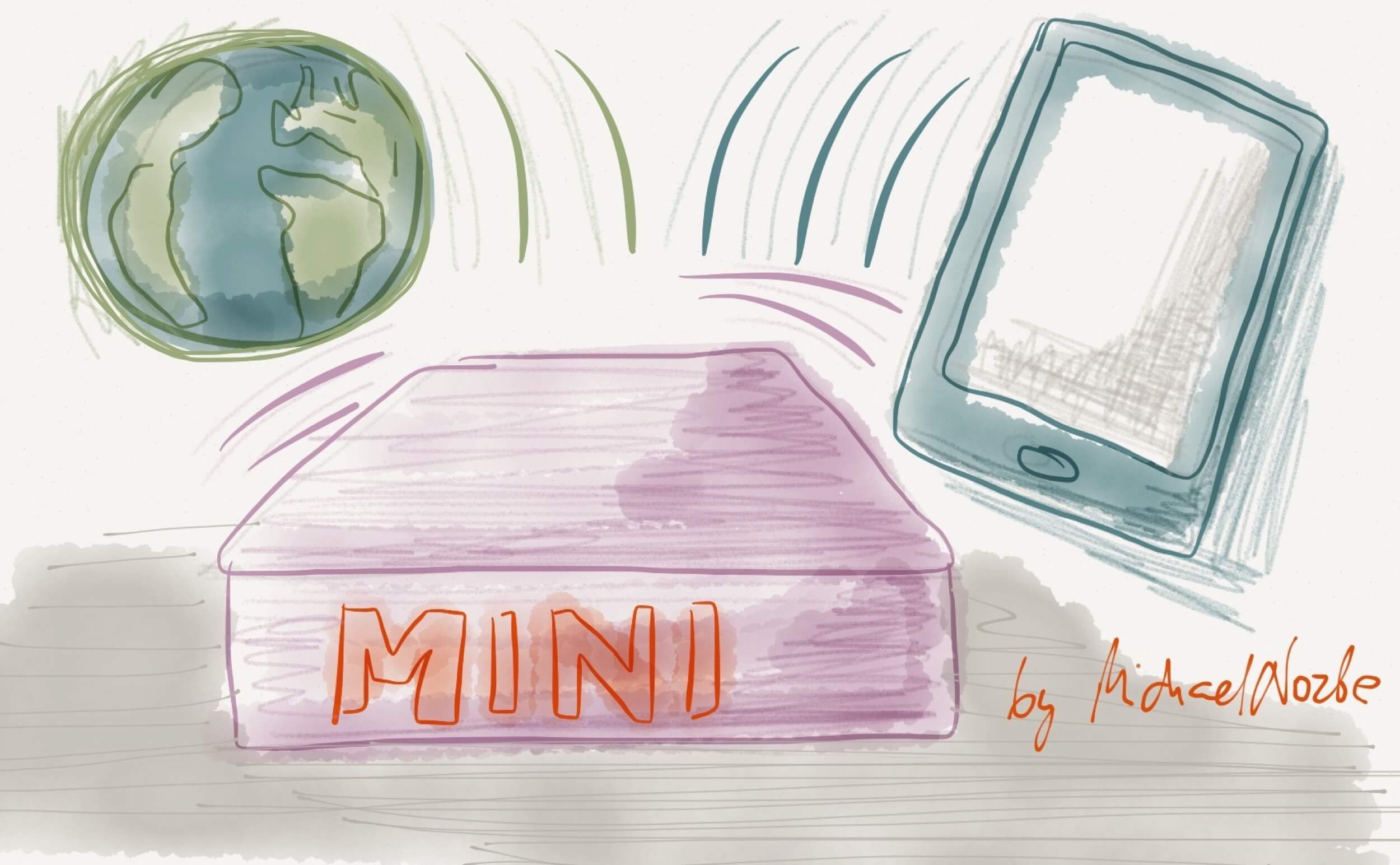 I’m a computer geek and a founder of a software / productivity company so how can I test our Mac or Windows versions of Nozbe if I don’t have a computer? How can I test other software and see where the industry is going if I don’t have it? Even though I no longer need a “traditional computer” for day to day work so much, I still need it. But it goes beyond that, I use my Mac Mini in many different ways that compliment the iPad.

Why not to use my MacBook Air hooked to my display rather than a Mini?

My Mac Mini compliments my iPad and does so much more

My iPad only setup is a cloud setup where I use Dropbox, Evernote, iCloud and other cloud services. It’s all nice and sweet, but call me paranoid and I like to have a local copy of my “clouds” in my home. My Mini is on all of the time and has all these services turned on and syncs everything locally all of the time. I add an Evernote note? It syncs to my Mini. I upload something to Dropbox? Box? Google Drive? It syncs there. This way I have a local copy of everything I do on my iPad right there on my Mini. And the Mini is being backed up to Time Capsule securely every few hours every day so I even have a second local copy of everything.

2. Mini runs “LogMeIn” with M$ Office for Mac and other apps

Because my Mini is running all of the time, it has a LogMeIn session open all of the time, as well. This way I can log in to my Mini and see its desktop from anywhere in the world. I can fire up a fully-working MS Office Word or Excel file if it renders so-so on my iPad and other apps that still are not working well (or do not exist) on the iPad. I have also access to all of the files I have so I can copy something to the “cloud” if I don’t have it there yet for some reason.

3. GIT and Dropbox and Textasitc

Speaking of apps that still work poorly on the iPad, it’s hard for me to get the latest versions of our source code on the iPad from GIT. I can access GitHub repositories but it’s still not the same as getting all the source code locally. With my Mac Mini running GIT software I can pull the files from GIT to my Mini and they’ll automatically sync with my Dropbox and later I can code on the iPad using Textastic and push them to the GIT later. It’s a geeky setup and I don’t code as much anymore, but it’s useful to have my Mini as my “code management” computer.

4. Heavy Lifting and scanning… and printing

Although I try to edit all of my Productive Show videos on my iPhone or on my iPad directly, sometimes I need to edit them a little more on the Mac. My Mac Mini has 8GB of RAM and is powerful enough for such tasks. I use it for video editing, photo management and other tasks that still make it better than the iPad. I use it basically for all the “heavy lifting” tasks.

I have a multi-purpose printer and my Mini runs an “AirPrint” server on it so that I can print stuff directly from the iPad. The Mini is also connected to the scanner so that I can scan the documents using Image Capture app and put them in my Evernote or Dropbox (depending on the files). Mini is my “back-end” :-)

Apart from syncing my clouds, the Mini can later do something with these files. I have set up a number of “Automator tasks” (Automator is an amazing “batch creation” tool that helps you create automated scripts on the Mac) that run in the background. This way when I upload a video file to the Mini, it uploads it to appropriate folders and web servers without me clicking anything. In the background. It does a lot more, but the flows I design for the Mini make my iPad even more powerful. It just works in the background and does all the magic there :-)

6. Mini is our “home computer”

It’s a Mac, so I set up several accounts there and if someone from the family wants to use a computer, it’s there for them to use. It has fast internet, Skype, Facetime camera and other goodies so anyone can use it. It’s there if someone really needs it and they do sometimes.

7. Increasingly important in my transition period to the iPad

I’m working 70-80% of the time on the iPad. And I’m aiming at 90% for the 2013 and maybe even more than that. But for the time being I still need my Mini to help me make the transition smooth and painless. If I need to get something done quickly on a traditional computer, it’s there for me. I expect to use it less and less each month but it’s my backup computer and as I for the reason I mentioned above it gives me a piece of mind and the fact that it syncs all of the “cloud” work I do to my local file system is a nice bonus.

And my MacBook Air? I don’t know. I still use it from time to time but now that my office is Mini and iPad based, it’s starting to collect dust. We’ll see what I do with it next year.

How do you use your “traditional computer”? What do you think I should (or shouldn’t) use Mini for? Do you have your “Mini” in your home office?