Ever since I set up this new site I wanted to migrate all of the content from my previous personal blog to here. Finally it’s done. All blog posts from way back in 2008 to today are migrated, reviewed and tagged and available for you and me to enjoy. Boy, it was a long and time-intensive journey and here’s how it went down: 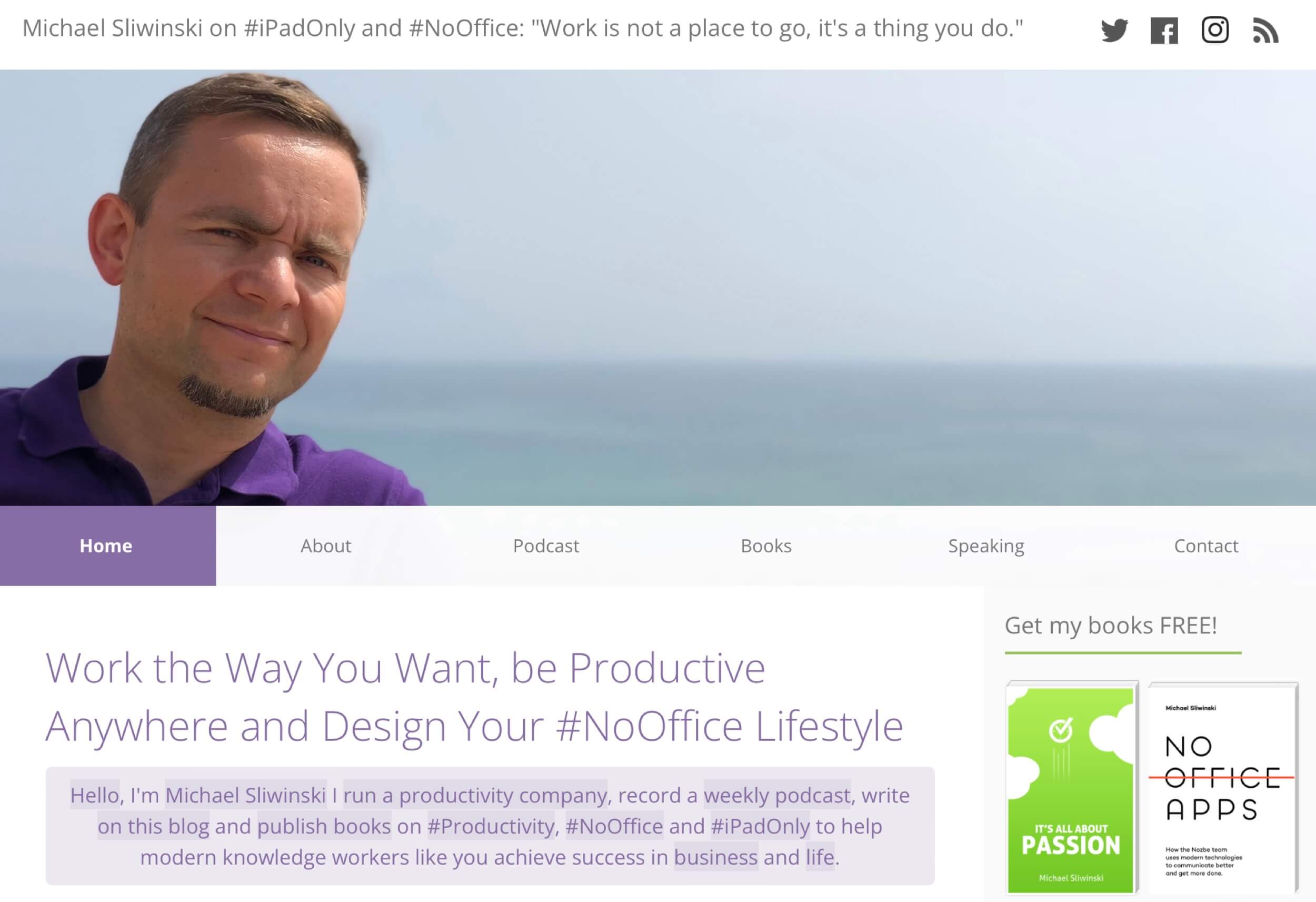 In today’s world of fast-scrolling social media, we’re used to the moment of now. We share our thoughts quickly and then forget about them. Even if you wrote something brilliant a month ago, good luck finding that post on your Facebook timeline later. That’s why I’ve always cared about having my own personal blog, where I control the content, the links to it and I can easily refer to them later. I’m old-school this way.

I love it this way. Every post has a link that works, will work and has been working until now. And from today on, every old link from sliwinski.com/LINK will redirect to michael.team/LINK.

However, it wasn’t just a change of a domain name but also the whole blogging engine which I explained in detail when I moved here. I have now full control over the content of the blog, the layout, design and I can do it all on the iPad. And now I also have all the past content migrated, which was very difficult, because…

My blog has evolved over the years dramatically: domains, blog engines, hosts…

Here’s the evolution of my blog over the years:

2008 - personal blog and a productivity magazine

2009 - video show and a new domain for my personal blog

It didn’t take long when I started to make some changes, improvements and optimizations:

2010 - consolidation of the Productive! brand

2013 - further consolidation to just one blog

In the meantime, together with my Nozbe CTO, Tomasz Kapelak, we developed a new blogging engine that synced with Dropbox and consisted of text files written in Markdown, which we called Zenlous. So…

2015 - new shorter domain and The Podcast

2020 - even shorter domain and similar, but different blogging engine with The Podcast included. Polish and Spanish site as a bonus!

However, I noticed that over the years and the migrations that followed, many of my past blog posts where poorly formatted or were missing images or were no longer relevant. I wanted to take this time to clean it up, so I started migrating each blog post by hand, using Siri Shortcuts on my iPad. By the end of 2020 I managed to migrate posts from 2020, 2019 and 2018 as well as all episodes of The Podcast (with show notes!). I’ve also added all the Nozbe webinars to the site.

With the migration to this new site I could expand and do something I always wanted. For example now I can:

Today all of the past domains mentioned in this post redirect to here and michael.team becomes my one and only place on the Internet.

As the old site redirects to here, as a souvenir I saved screenshots in PDF of the home page, speaking page and contact page.

If you’re curious, I’ve used several Siri Shortcuts to migrate my blog from the old one. All done on the iPad.

These scripts will not be useful out of the box, you’d have to edit them and adjust to your needs, but they can show you how powerful Siri Shortcuts can be for such a migration.

Over the course of the migration I’ve been modifying these scripts and editing them to speed up or change how some things work.

Only place on the Internet? Not quite…

OK, so this is my main place on the Internet but not technically the only one. I also set up:

Here’s to the future of Michael DOT team!

But who knows? Maybe some of these things will be consolidated in the future, as well? As you can see from my past history, I keep blogging, keep evolving and keep migrating and consolidating.

I keep changing my mind.