As I launched this new site I decided to gradually import and review all my posts from my previous blog. I’ve already imported 2019 posts and just today I finished moving over the posts from 2018. I’ve found quite a few gems in there.

Lots of episodes of The Podcast

First off, in 2018 I was more of a podcaster than a blogger and I recorded a total of 45 episodes (from 125 to 170!) so almost every week there was a new episode out. This weekly cadence was pretty exhausting and it might be the reason why we reduced recordings in 2019 and published our last episode on June 16 of this year.

Anyway, in 2018 in these 45 episodes we covered lots of interesting topics. Here are the best episodes:

I appeared on two English-first conferences in Poland and both recordings are available:

At the end of 2018 I launched my 10 Steps to Ultimate Productivity book.

It was 2018 when I first started using GitHub for all my writing and coding more which eventually led me to launch this very site all by myself and set up my writing environment to write #NoOffice book completely out in the open. It was also the year when I seriously started using then-Worflows, now Siri Shortcuts.

I wrote a review of Apple Watch 4, my coffee-warming cup, HomePod, iPhone X, iPad Pro 11” and wrote a step-by-step guide about migrating to a new device.

In the beginning of 2018 I wasn’t blogging much, a few rants here and there but mainly I was just podcasting. At the end of the year I decided to start writing daily and managed to create quite a few interesting posts but in the long run posting daily is not sustainable for me.

I find lots of gems and some great ideas in the past posts, so it was lots of fun reviewing them. I’ll be also re-listening to some of the past podcast episodes and I hope you’ll do the same. Thanks! 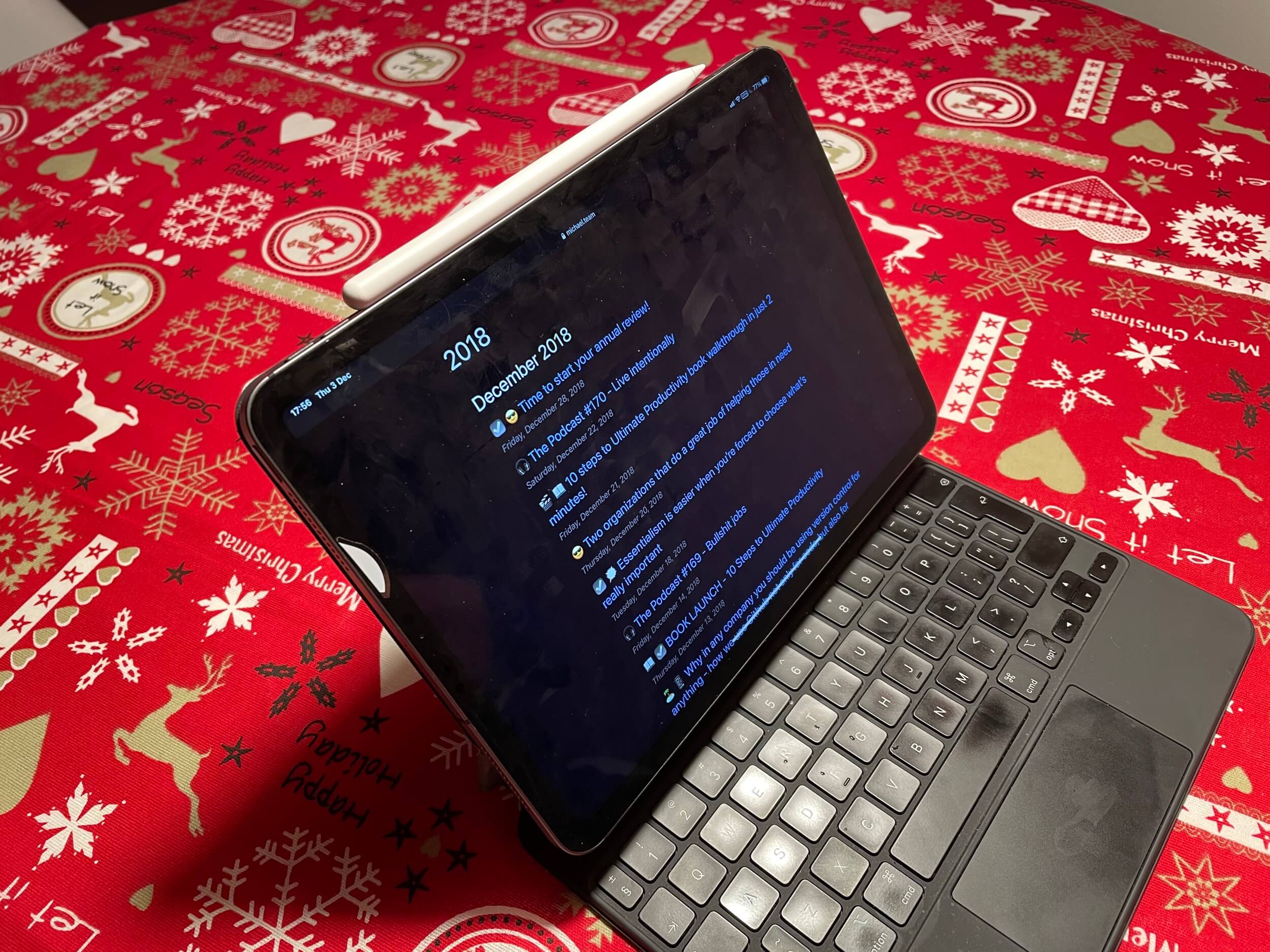