I first started blogging when I launched Nozbe back in 2007. Later in 2008 when I launched the Productive! Magazine! I created a blog for it as well. Then in 2009 I decided it was time for me to start a personal blog and I built it using the “Posterous” platform and called it “MichaelNozbe”. In the same year I created another blog for the Productive! Show. With so many blogs and “always-busy” state building Nozbe I had hard time committing to writing on each of the blogs, getting the magazine ready, recording new shows… and it wasn’t just me - you - my readers had it harder to keep up with everything I had to offer. That’s why at the end of 2012 I decided to simplify. It was about time :-) 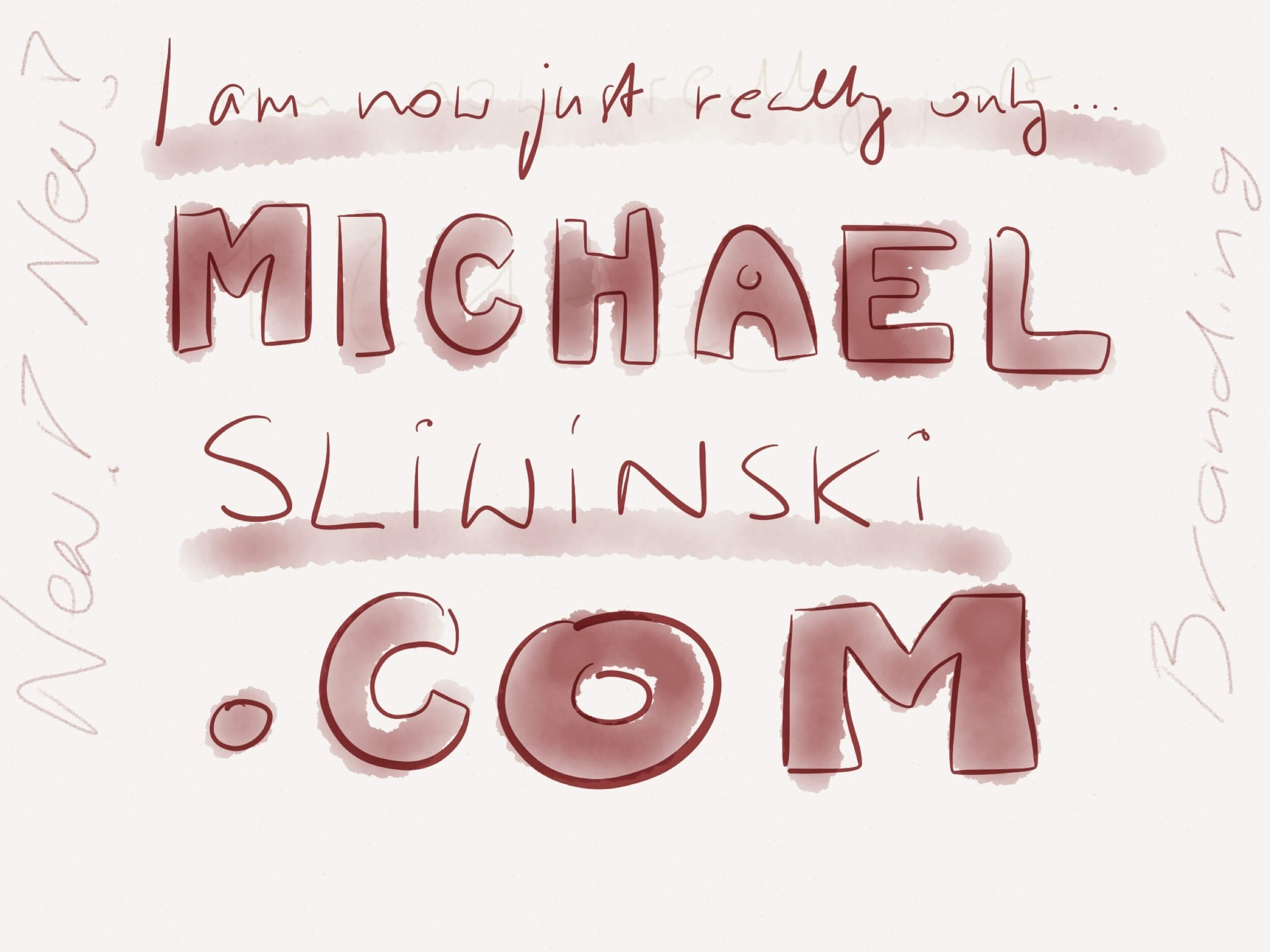 Let’s start with my name. I’m Michael Sliwinski (in Polish it’s even more complicated: Michał Śliwiński) and I thought my name was quite difficult for folks to spell out… and that’s why my Internet nickname was MichaelNozbe, the merger of my first name and my web application’s name. While I thought it was a great idea, I kept getting lots of signals from different folks (and my own doubts) that it’s kinda confusing to have your app name as your last name…

My name is cool… because it’s mine!

After a few conversations with my friends and mentors I knew what I had to do. My friend Wiktor Schmidt convinced me to ditch my “MichaelNozbe” nickname and my other friend and mentor Michael Hyatt opened my eyes by saying I shouldn’t be ashamed of my kinda-complicated name and just go with it. That’s why I moved my blog from MichaelNozbe.com to MichaelSliwinski.com. But I was just getting started…

Since my personal blog has mostly been about “Internet, Business and Productivity”, it made sense to make it the official blog of the Productive! Show and Productive! Magazine. Before that, I was posting and re-posting stuff between the two blogs… now you, as my reader, will only subscribe to this blog and you’ll know you won’t miss any magazine or show update in the future. The old Productive! Firm site no longer exists and now it redirects back to here.

More of my web sites are coming here, too

I had some web sites out there on the Internet that felt abandoned. Now I can move them to my new home over here. Like a page of my company will be moved here and other web sites, too. The simplification is just getting started.

My friend and mentor Michael Hyatt is the author of the great book called Platform where he highlights the benefits of having a platform for the author as well as for the audience (you, my dear reader!). In my case getting my platform ready for 2013 means lots of goodies for you:

Here’s to an amazing 2013! I’m sure we’ll both have a blast this year and we’ll get lots of great things done together - you, my reader, and me :-)

Question: Do you have a platform, blog or site? When did you last update it? Have you tried simplifying your setup for both your own sake and your reader’s sake?