Now after I’ve posted the details of my iPad Pro 11” home screen it’s time to share the Home Screen of my cute iPhone 12 Mini. As I was doing my annual review I decided to also simplify and reduce the number of apps on my iPhone’s screen as well as embrace the two things iOS14 was all about - the widgets and the app directory. Here’s the result: 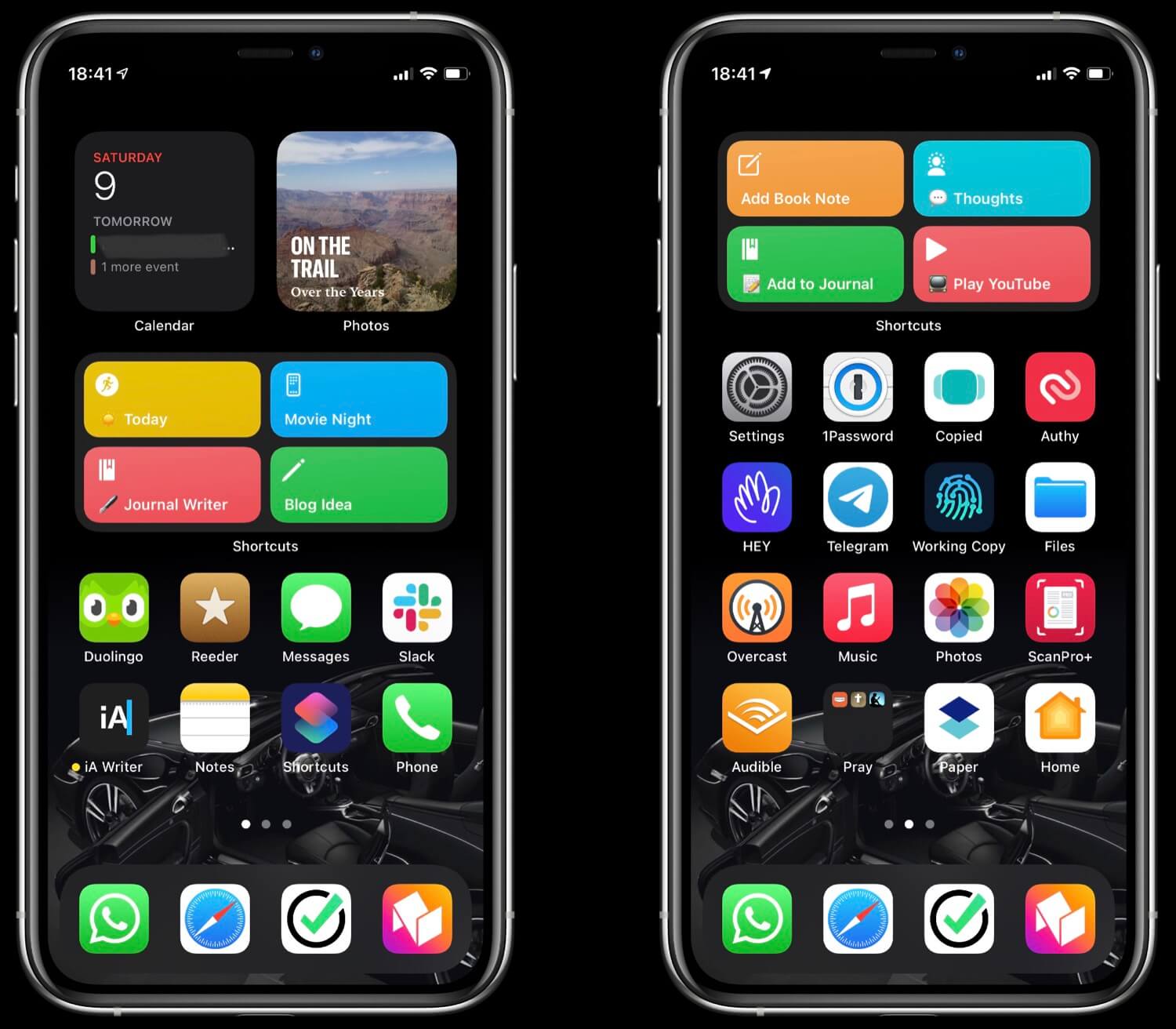 Fewer screens of apps and widgets. The rest goes to the App directory.

Up until now I had 4 screens full of apps. Now I reduced the number of screens to three (you can see first two ones on the screenshot above) with much fewer apps.

Over the last year I realized I was launching lots of apps directly from “search”. I’d just pull down the screen and find the app I wanted to launch. That’s why apps I’m launching rarely don’t no need to be on the main home screen and clutter the space.

I just tap to delete them, and tap to “Remove from Home Screen” and to the App directory off it goes! I’ve also switched the setting that all the new apps downloaded from the App Store go the App Directory as well!

As for the widgets, I’m still playing with them. I haven’t embraced them fully but I’m testing them out. As much as my cute iPhone mini can be used one-handed, I find it hard to reach the top rows of apps, so it’s actually pretty neat to put the widgets at the top of the screen.

Screen 1 - it’s about creating, working and not just consuming!

I want my iPhone to tempt me to create stuff. To do something useful when I pull it out of my pocket. And not to tempt me to mindlessly scroll through things I might not really care about.

That’s why the first screen of my iPhone shows three widgets:

Right below it I’ve got my 8 most used apps:

And in my dock:

So basically, the main screen describes me in a nutshell:

He learns languages, he reads blogs, he writes a lot, he communicates with people much and he’s all about personal and team productivity.

Screen 2 - more apps I use daily

The second screen is still filled with quite a few apps which I use most of the time. There’s a widget with Shortcuts at the top which among other things features my YouTube player followed by four rows of apps:

Compared to my Home Screen from 2020 I think it looks way better!

Here’s my Home Screen from last year. Too many apps, too many folders, too much clutter: 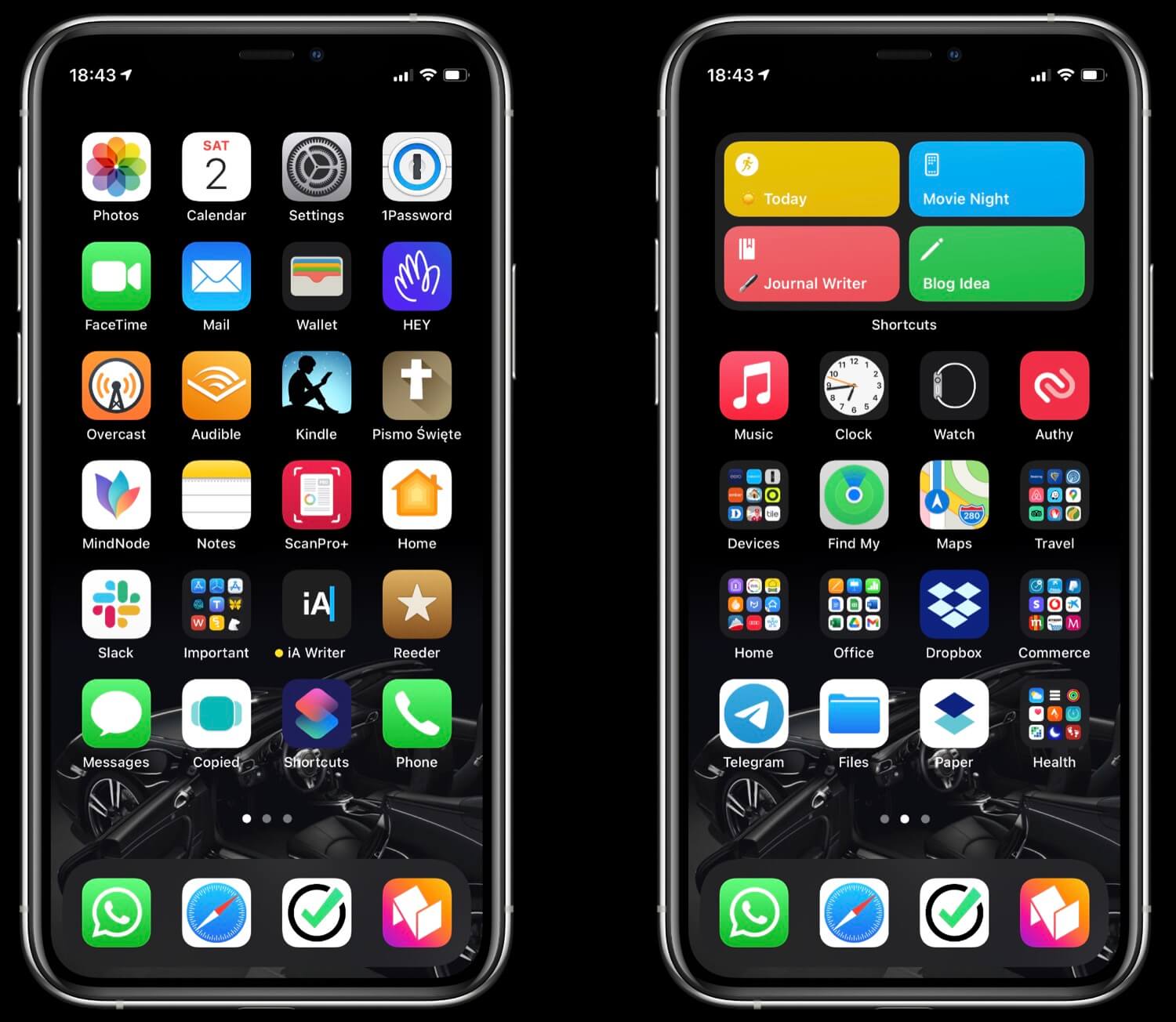 I heard rumors that the iPhone Mini is not selling well. I hope that’s not entirely true because next year if possible I’d love to be able to upgrade it to the iPhone 13 Mini. I simply love this thing. And I’m not alone. One of my favorite YouTubers, Jonathan Morrison also switched to it a while back and he even has much cooler Home Screen than me:

The only issue apparently we all have with the iPhone 12 Mini is batter life. Yes, it’s not great. I wish it was better. To help with that I did this:

Other than the battery, everything else about the iPhone 12 Mini is fantastic. The size. The weight. The cuteness.

After the first month with the Mini I ordered the same Mujjo wallet case that I was using with all of my previous iPhones and it’s great. However, unlike the iPhone 11 Pro in Mujjo case, the Mini doesn’t support wireless charging when in this case, which is a bummer.

I finally budged and ordered the MagSafe wallet and it arrived today. Now I’m back to using the iPhone completely case-less and I have the wallet waiting for me in the kitchen, attached magnetically to the place that also holds my car keys. When I want to go out, I just take the keys, snap the wallet on my iPhone (which is very satisfying!) and off I go.

Here’s my Mini in two versions - with the Mujjo Wallet and with the MagSafe Wallet: 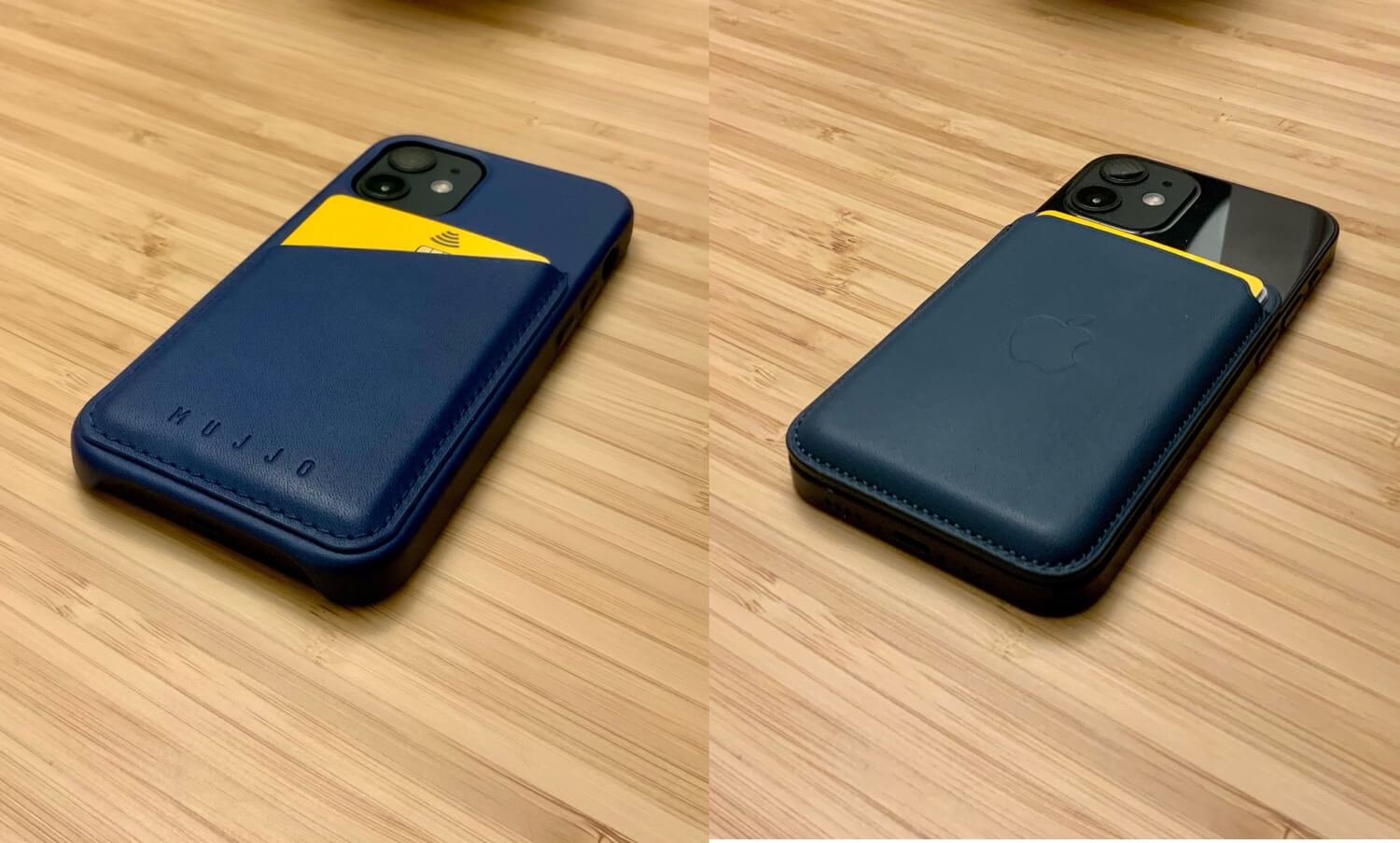