About three years ago I posted a detailed screenshot of my iPad Home Screen with the list of apps I use that help me work #iPadOnly using iPad Pro 11” as my main computing device. That list hasn’t changed much over the years. Now that we’re entering 2021 I’ve decided to re-think and simplify my app setup. I hope this inspires you to set up your iPad as a more serious computing device that you can carry anywhere. 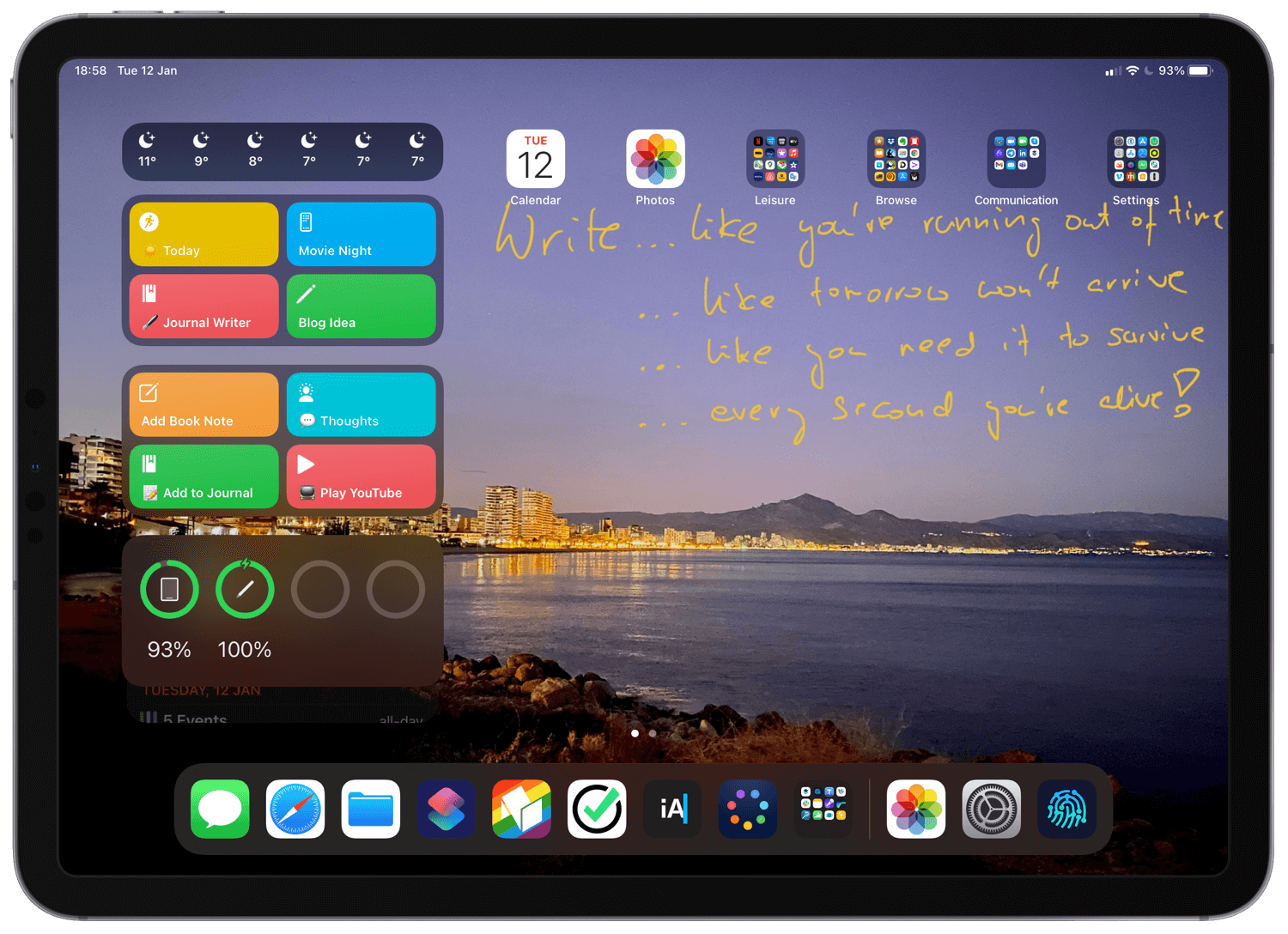 I like to have my iPad Home Screen uncluttered. That’s why I have only one row of apps and folders on top, widgets on the side and a dock on the bottom. And my wallpaper is a photo that I took somewhere near my house with an inspirational quote from Hamilton Musical motivating me to keep writing the #NoOffice book:

I have a simple weather widget and two groups of Siri Shortcuts that I use quite a lot. The “Today”, “Journal Writer” and below “Add to journal” shortcuts are described in my new simplified journaling workflow. “Movie Night” launches a scene in my home to start movie night with my wife, “Blog Idea” lets me quickly jot down an idea for a blog post, “Add Book Note” let’s me add notes to a book I’m currently reading, “Thoughts” opens iA writer and let me write something quickly. Play YouTube lets me watch a YouTube video without tracking.

In the first row I have two apps: Calendar and Photos. Followed by four folders with apps: Leisure, Browse, Communication and Settings (more on each below).

Dock apps - my most used stuff!

In the dock I have my most used apps, like Messages, Safari, Files and Shortcuts as well as:

Daily apps for work on the iPad 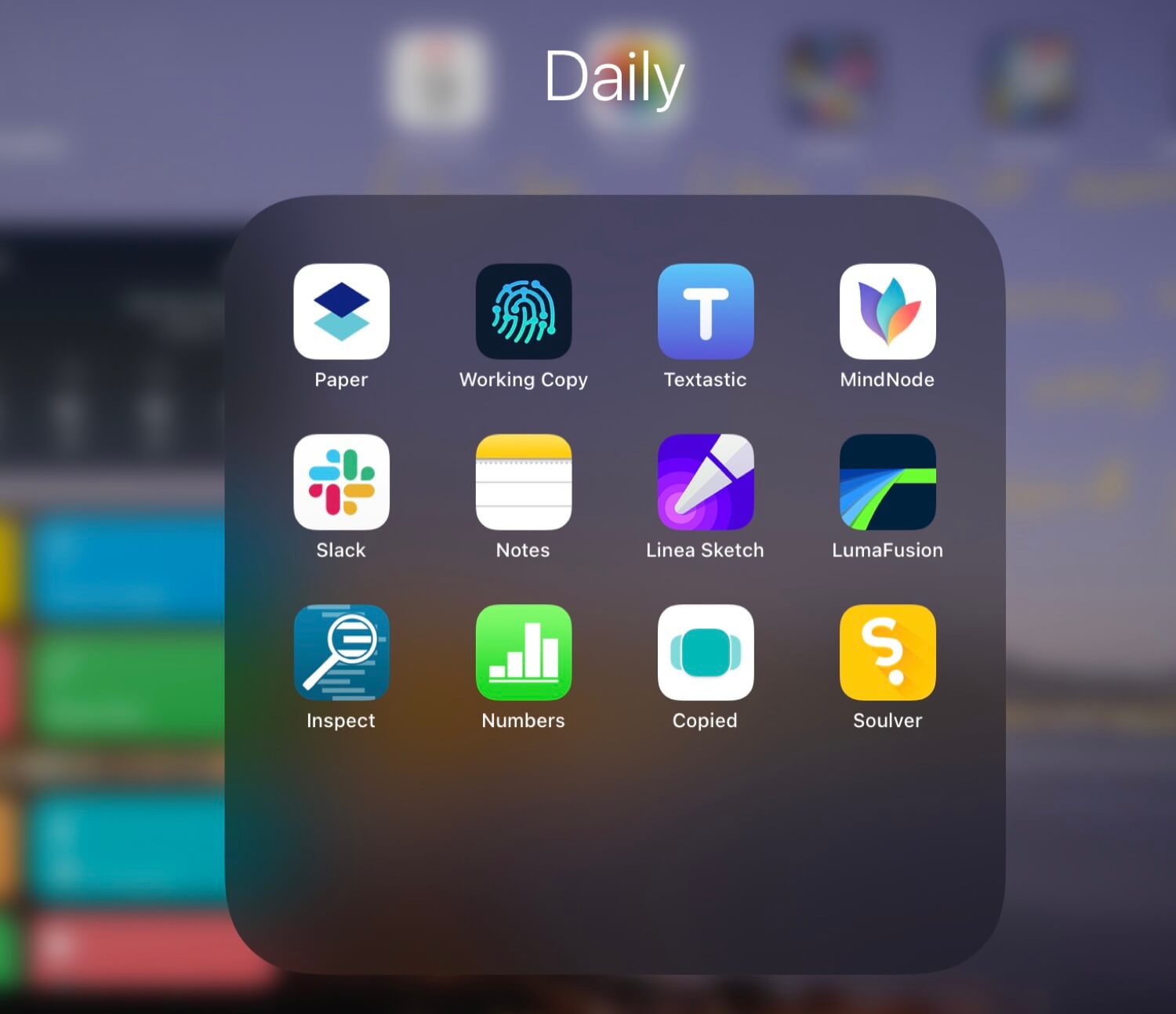 This folder is in the dock, because this way I can pull these apps anytime from anywhere and add any of these apps to the side of the app I’m currently using. Very neat! 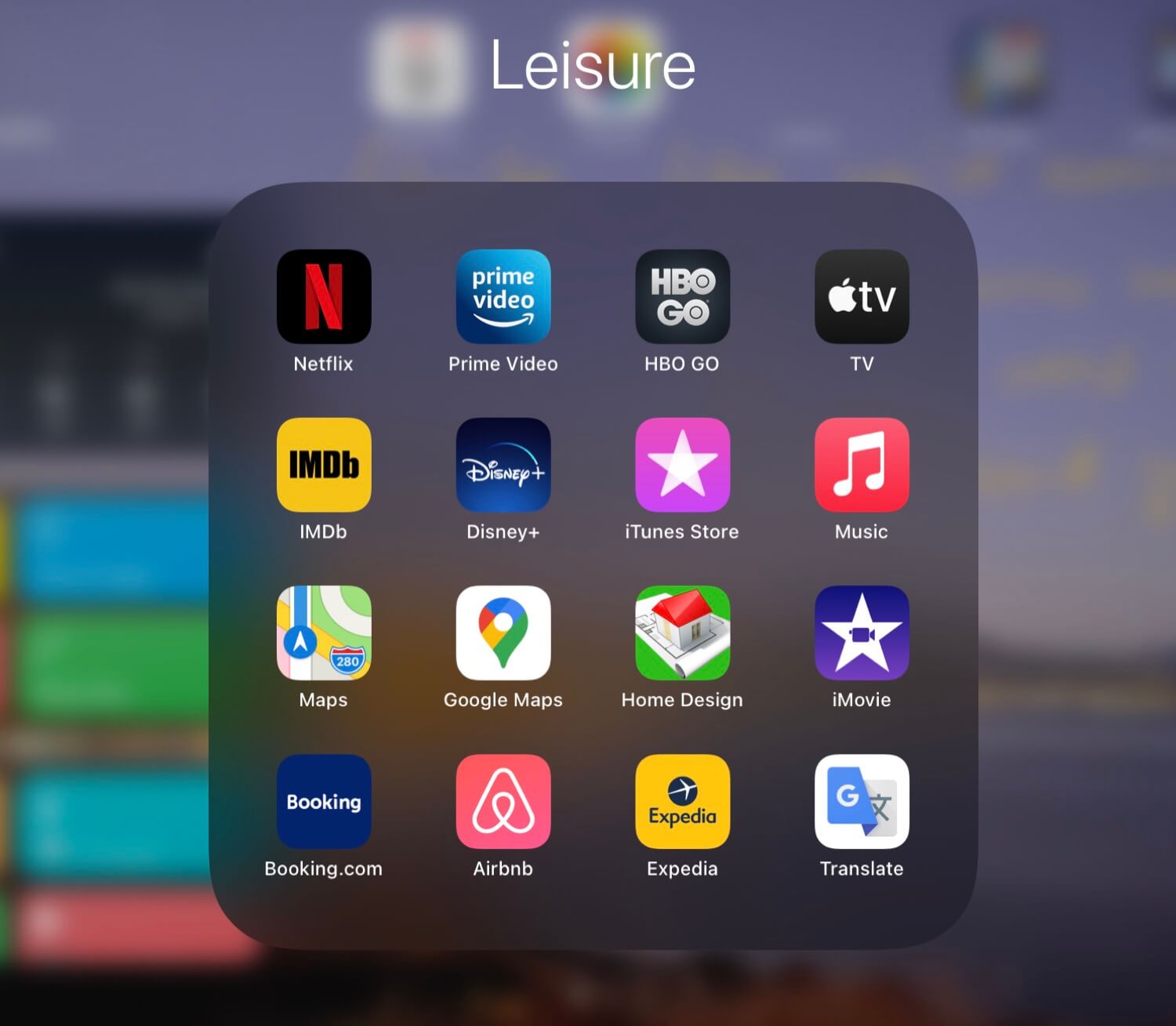 Later I’ve got some handful apps like: Apple Maps, Google Maps, iMovie, Google Translate as well as some travel apps which were pretty much useless in 2020: Booking.com, AirBNB and Expedia.

The notable mention in this folder is:

Browse - apps for browsing stuff on my iPad 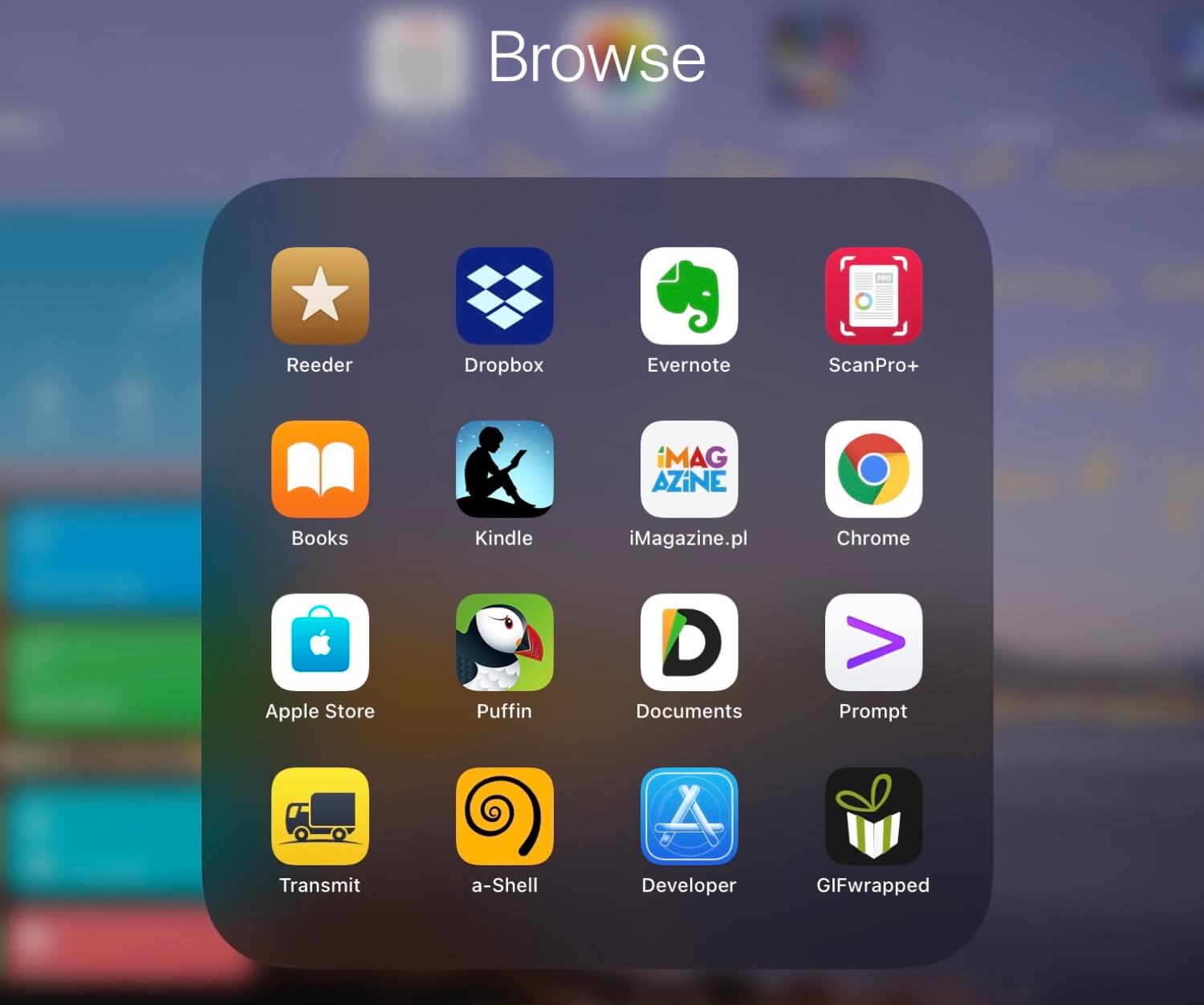 The first and my most important browsing app is:

Other apps in this folder are: Books, Kindle, Apple Store, Developer as well as some notable mentions:

Communication - how I communicate with the outside world on the iPad 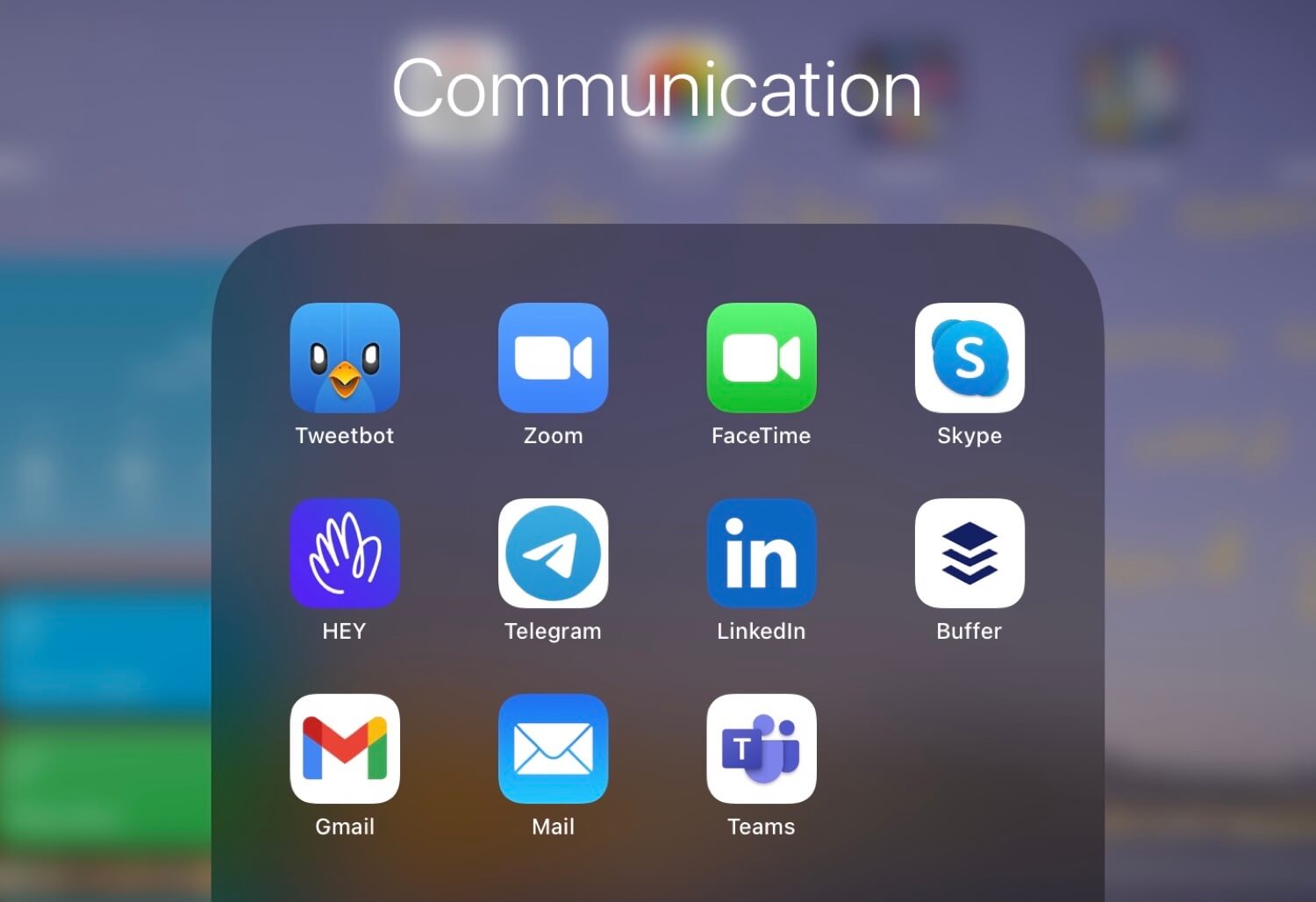 Settings on my iPad 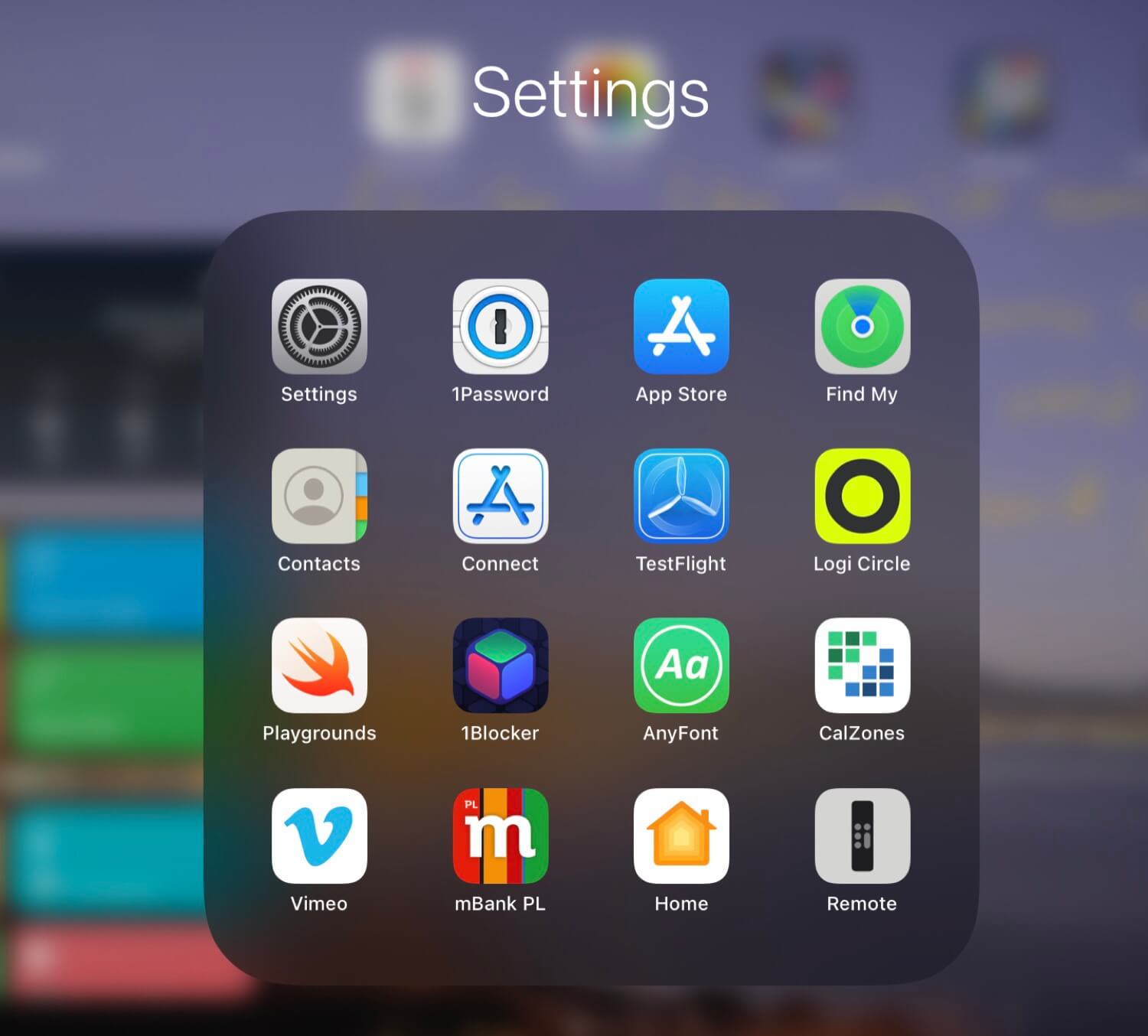 Notable mentions in this folder are:

What happened to the rest of apps that I might use on an iPad?

Well, in iPadOS14 we don’t have the “App Library” just yet, so I’ve put them on the second screen. Out of sight, out of mind.

Why folders of apps on the iPad instead of putting them all on the Home Screen?

Several reasons, but mostly because:

What’s on the Home Screen of your iPad?

I hope you found this post useful and the apps I recommend will help you make your iPad much more #iPadOnly.

And if you have more recommendations for me, don’t be shy, and let me know on social media.