This year the device I’m writing these words on, turned exactly 10. A whole decade. What launched as a bigger iPod and a consumption device as described by the tech press, turned out to be a very capable device which I’m using right now to write my #NoOffice book. Here’s my short history with an iPad:

From the iPad 1 to the iPad Pro1

I bought my first iPad (which I still proudly own) right after the launch in 2010 as we were working on a Nozbe app for it. In the beginning it was a purely consumption device for me an I didn’t see much use for it apart from watching some movies and browsing the web. For this reason I entirely skipped iPad 2 but when the iPad went retina with the iPad 3, I bought it and my iPadOnly journey began as I started configuring this thing to be able to work on it almost exclusively.

By the end of 2012 I was already iPadOnly when I upgraded to the iPad 4. I wrote my entire iPadOnly book on it together with my friend Augusto Pinaud.

When the iPad Pro was announced, I immediately went with the 12.9” version as I thought the bigger would be better. I was wrong.

Bigger is not always better

I hated the huge iPad Pro size. It was too big to be used in portrait mode. To clunky to carry around. I lasted half a year, until Apple announced the smaller iPad Pro 9,7” which I bought to test the latest iOS beta but finally fell in love with it and made it my main device.

I realized that a small iPad is big enough for me to work on and yet joy to carry around and just use anywhere I want. A smaller iPad brought me back to the happy place where I could use it for work, fun and anything in between.

Later the newer iPad Pro 10,5” and iPad Pro 11 just perfected the machine. Smaller bezels, no more home button, Face ID… it all just made the iPad a perfect companion for me to use every day.

The Pencil 1 was a nice accessory but I love Pencil 2 as it’s always charged and it’s always ready to be used. Especially with my favorite writing app - Linea Sketch.

In the beginning I was using Logitech keyboards, especially the Ultrathin models. In fact, I still use Logitech K760 with the iMac on my desk.

However, first the Smart Keyboard and later the Magic Keyboard which is really cool and I’m using it now to write these words for you.

Writing #NoOffice book only on the iPad is pure joy

As I described it on the #NoOffice about page I write this book entirely on the iPad. I write in iA Writer, sync it with Working Copy which I use to post new chapters to GitHub.

I spend the first half of August 2020 traveling with my family. We were living in 3 separate AirBNB houses and 4 hotels. My iPad was always with me. Always ready to write. In places like these: 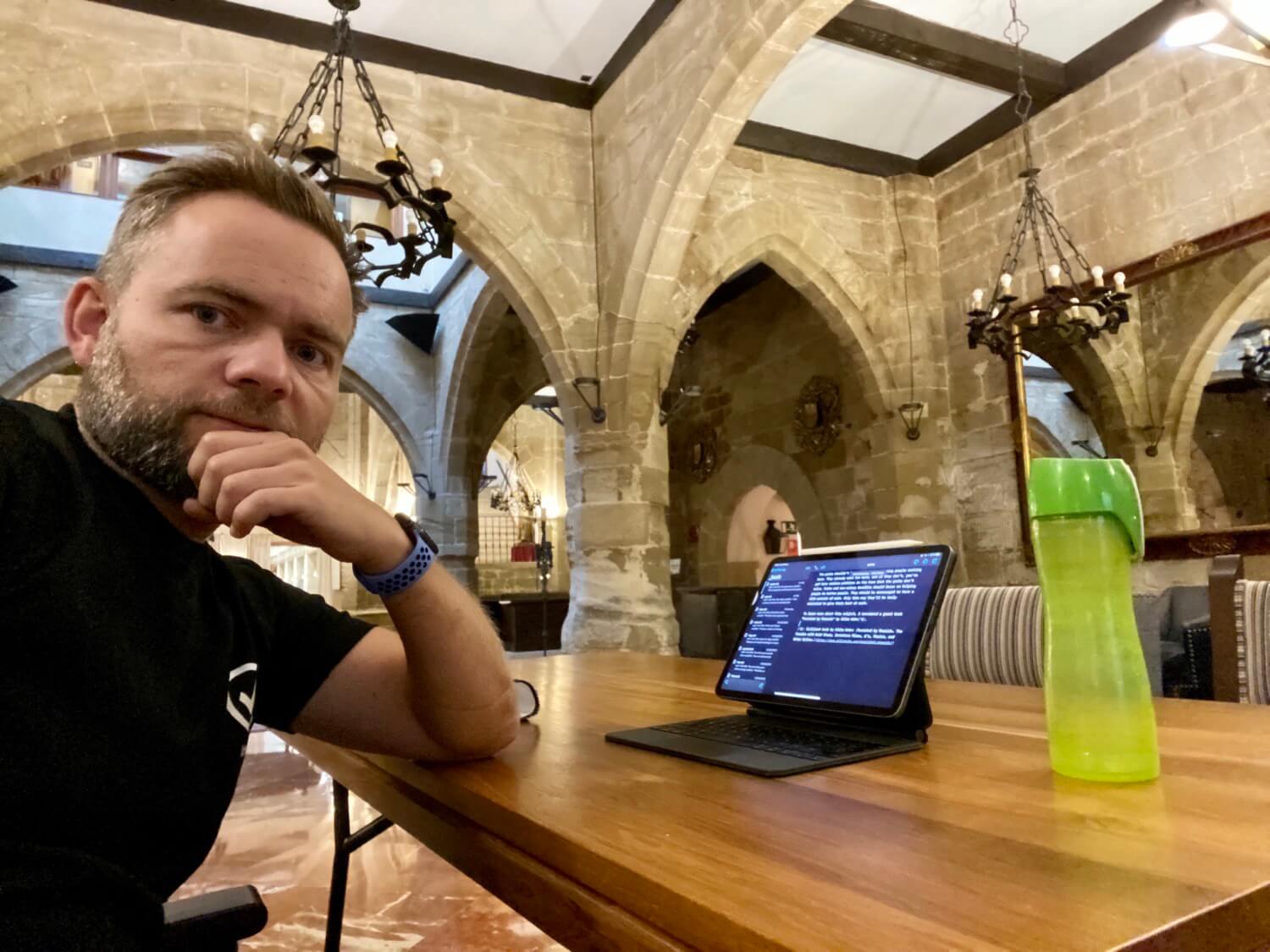 iPad is a real computer. And it’s a delightful one at that. I can’t imagine my work without it.

What makes the iPad so much better against a traditional computer?

In no particular order, these things stand out:

All these arguments make it a delightful device to use. It’s a computer I love to work on. It’s just fun.

But really, how was it that the iPad came to be?

Now that you know the iPad is a joy to use and it does the job for me, if you’re curious how it initially came to be, check out this video by my favorite vlogger, Rene Ritchie. 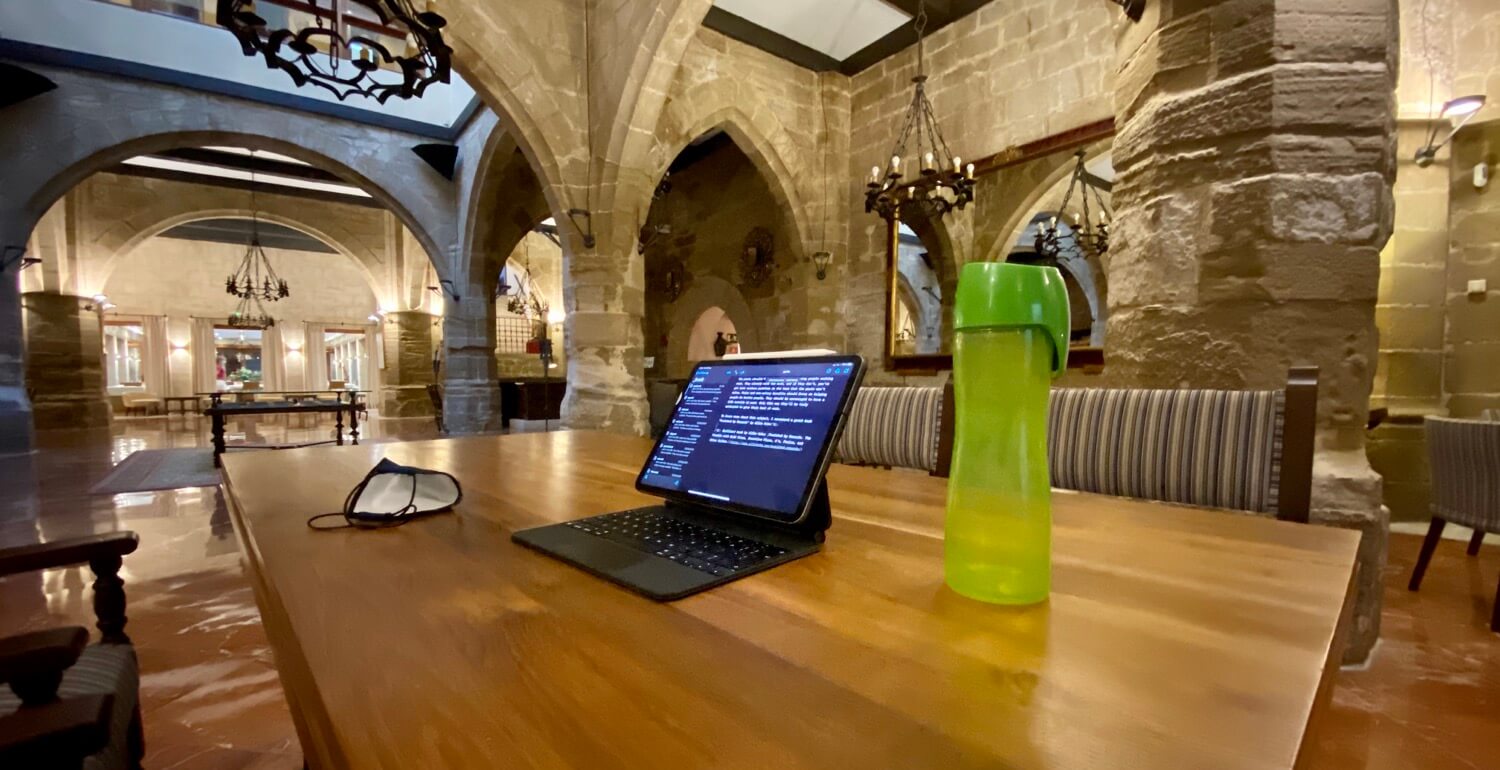