Last fall Apple released the 13-inch iPad Pro. I bought it straight away. I also had to get a new bag because suddenly I needed to carry around a device the size of Macbook Air. Slowly, I began to get used to the large iPad. I even got used to the Smart Keyboard, which I wrote about in one of my previous articles. I figured that if I wanted to be #iPadOnly, I needed to have the best iPad available. But is it really the best? 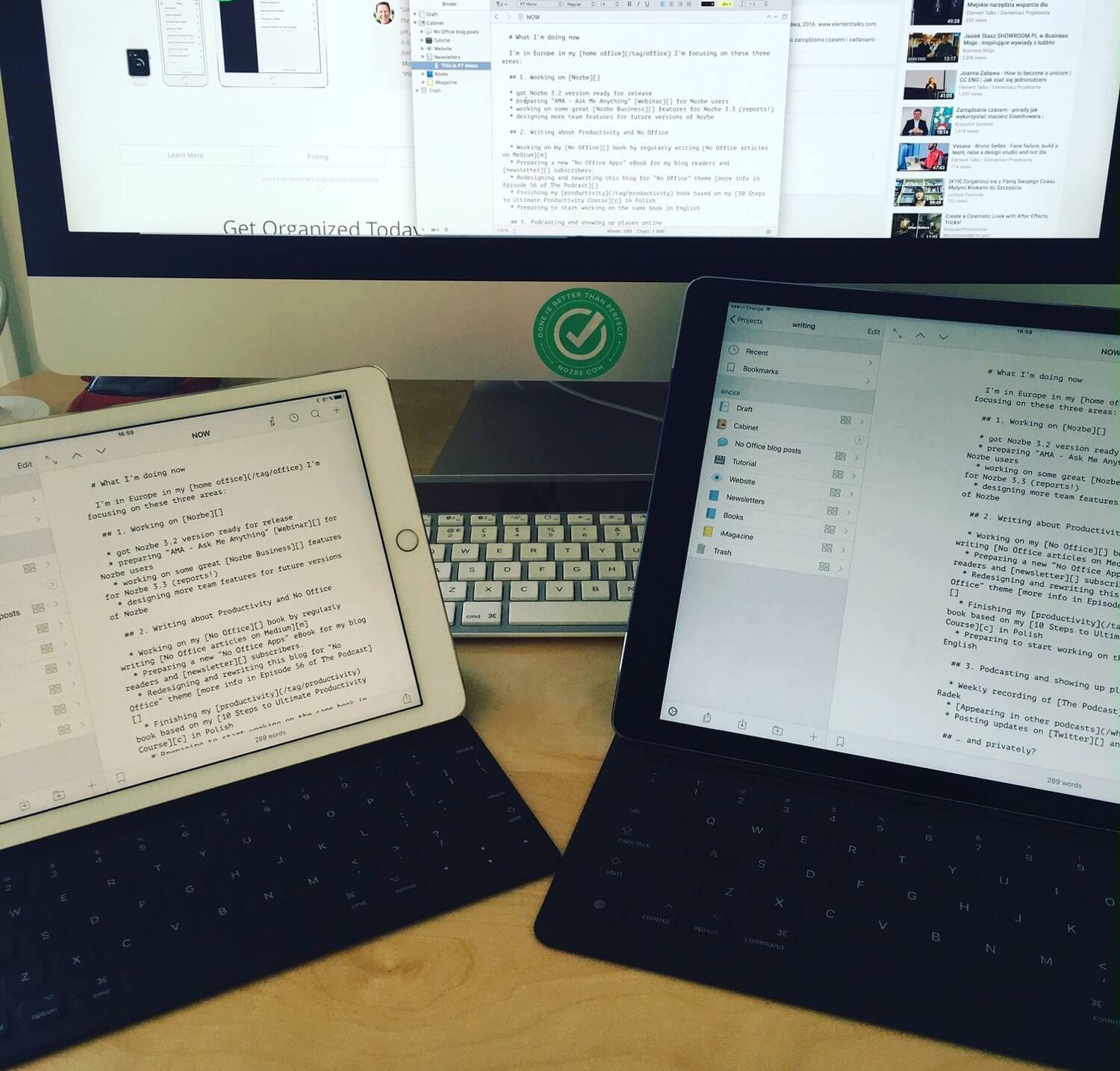 Note: The following article appeared first in the 9/2016 issue of iMagazine - the leading lifestyle magazine for Apple enthusiasts in Poland. I’m a regular contributor and write my monthly productivity column there.

In the spring, Apple made a very interesting move. It released the “baby Pro” – an iPad Pro the size of an iPad Air 2. It also came with the Smart Cover keyboard and pencil. Many people started saying that they found the 10-inch version more appealing. I started to wonder whether they were right… so as soon as the first beta of iOS 10 was released, I had the perfect excuse to buy the smaller iPad Pro to test Apple’s new operating system. Suddenly, two iPads appeared in my home office. So, what now? Which iPad was better for work?

So, now I was in the perfect position to test both iPads at work. Let’s start with the pros and cons of both iPads? What are their differences and how do their sizes affect them?

Let’s begin with the advantages of the iPad Pro series:

OK, so we already know that iPad Pros are much better than the older iPads so now let’s put them side by side for a direct comparison – which one is better for me?

The large iPad – 13 inches and a lot of screen estate!

Here are the pros of the large iPad after nearly a year of working on it:

OK, so now it’s time for the disadvantages:

And how does it compare to the 10-inch “baby” iPad Pro?

Here are its advantages:

And what are its disadvantages:

No, in this article I won’t tell you which iPad will become my main computer for work. I have some thoughts after working on both devices in August and September but I’ll make my decision in November.

I’ll be testing both iPads for working mainly with the following apps:

No more and no less – these apps should be enough to decide which iPad is better. After all, I’m choosing my main tool for work!

In any case, my goal is to motivate you to test your equipment and choose what’s best for you. To check, optimize and occasionally improve the way you get things done. Next month I’ll let you know whether I’ve chosen the big or small iPad Pro.

Which one would you choose?