As we’re about to watch a new Apple Event, I decided to post this article which I wrote a while back… updated with my experiences of now. It’s not only about the iPhone 6 Plus which I love using but also about how Apple decides what’s good for us.

In September 2014, Apple presented two iPhones. One of them was big and the other… even bigger. They used to believe that 3.5 inches is the only right screen size for the iPhone… later they changed their minds and decided that nothing will happen if they make it a little bit longer… I agree, nothing happened… but now they decided that the bigger the better. Unfortunately, increasing the size marks the end of an era in the iPhone’s history.

Note: The following article appeared first in the November’14 issue of iMagazine - the leading lifestyle magazine for Apple enthusiasts in Poland. I’m a regular contributor and write my monthly productivity column there. This is a supplement article to what I’ve already written on my love for iPhone 6 Plus. 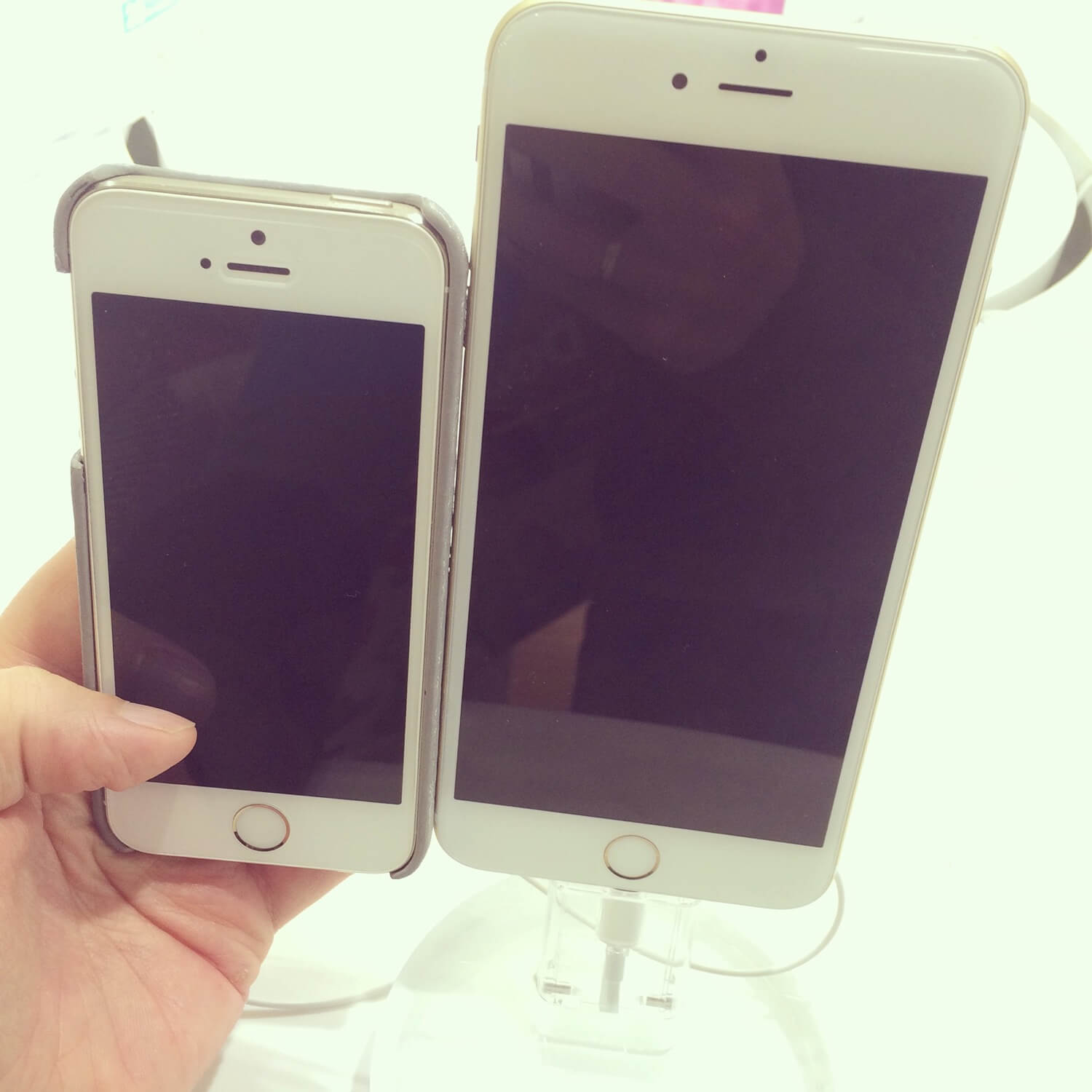 iPhone can no longer be used with one hand

I tried. Though I may be short and small-handed, until now I didn’t have any difficulties with holding my iPhone 5s in my right hand and operating it solely with my thumb. No problems whatsoever. But with iPhone 6 it’s not that simple. It’s thin and rounded… but for me - too wide. I tried once, twice, three times… but unfortunately I can’t hold it securely with one hand. With iPhone 6 Plus it’s completely out of the question. I can merely reach four icons with my thumb and nothing beyond that. It’s a really giant beast. Things get easier if you have the iPhone in a cover… because it’s the aluminium casing that’s so slippery… Anyway…

iPhone 5s was completely sufficient for me and I could stick with it but the “new” was coming and I was curious to see what it was all about. I wanted to try and use a bigger phone with two hands. There’s nothing to resist. Looking around, I could see that more and more people are buying huge Samsung phones and other Android “palettes”, that’s why I gave up and ordered the new “palette” from Apple.

… well, I did something which may not seem very logical, but I’ll try to explain it:

I ordered the “iPad nano”

That’s right. After spending more than an hour at my local reseller I came to the conclusion that the big iPhone 6 Plus is not really an iPhone. It’s actually an “iPad nano”. It definitely behaves more like an iPad than an iPhone… and the call function is merely an addition. Given that I really like working on my iPad and I’ve been #iPadOnly for more than two years now (meaning: I do most of my tasks on the iPad), that’s exactly what I needed. Despite my initial reluctance to the new iPhones, I decided to order the Plus version because:

If I’m going to use both hands, I want to be at least more productive

I’m a frequent contributor to iMagazine, where I write about working on the iPad and using the iPhone as my second display. Both my iPad and iPhone have the same apps and access to the same data, so I can work from one or the other, depending on which device is better to use at a particular moment. I suppose that I’ll be using “iPada nano” much more often than iPad Air, which I’ll now be using exclusively for the “office work”.

Here’s more proof that iPhone 6 Plus behaves like an iPad, not a smartphone. The home screen icons rotate the same way as in the iPad, many apps have additional functions, the landscape view is improved and offers additional options… It’s definitely more iPad- than iPhone-like while, at the same time, it’s more mobile than iPad mini.

Sidenote: I don’t use horizontal view all that much, I prefer to hold my iPhone 6 Plus vertically. It’s better this way.

Bonus: iPad Air has been on a diet that did wonders

Apple updated iPad Air: it’ll be even thinner and lighter. I ordered one, of course. Now that’s going to be an interesting combination. I’ll be working on two iPads:

I had to get used to working on the iPhone with both hands. I had to change my habits. I had to make a sacrifice… but I’m sure it was worth it. iMagazine’s editor-in-chief, Dominik, has been singing praises of the new iPhone 6 Plus. But he’s 2 meters tall and has enormous hands so it’s much easier for him…

However, I’ve finally become used to it and I am enjoying working on a bigger screen. And what’s more important, while designing Nozbe and using various other apps optimized for this “phablet”, I’ve discovered what I needed to do and how I need to do it to be even more productive while on the go. This is the future of mobile productivity so there’s no sense fighting it. I’m really curious to see how this trend will develop.

Question: Let me know what you think about this “iPad nano” and whether you’ve already switched to it.