Last summer, in iMagazine where my column is published every month, we featured a series of articles entitled “My first Mac”. Many of our editors wrote about how they started their adventure with Apple and how they got their first Macs. I shared the story of my first Macbook Air which I also posted on my blog. I switched to the Mac because of various reasons and one of them was… beauty. 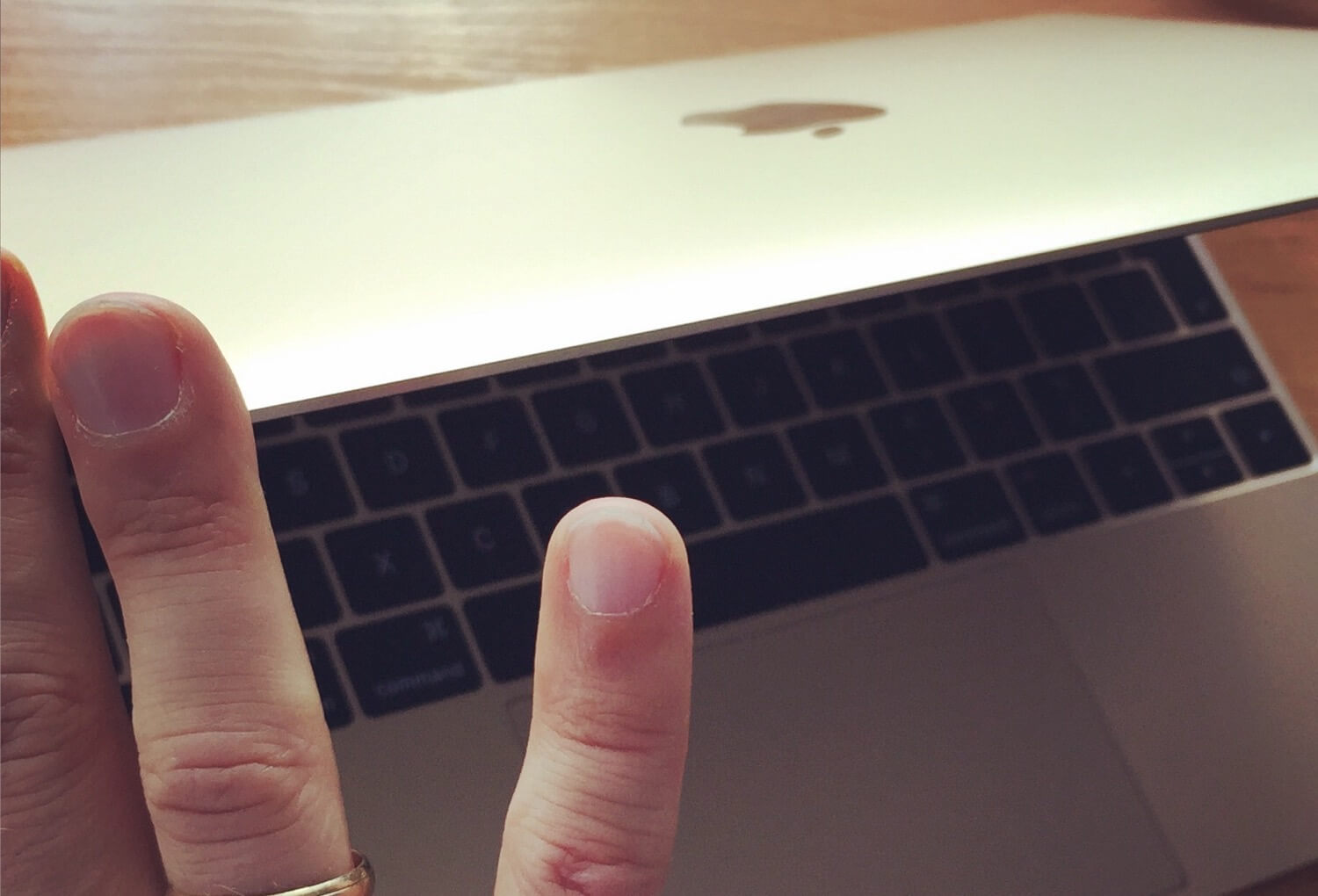 Note: The following article appeared first in the June’15 issue of iMagazine - the leading lifestyle magazine for Apple enthusiasts in Poland. I’m a regular contributor and write my monthly productivity column there.

In the memories I shared with you at the time, I wrote how beautiful the first Air was. I also mentioned how it differed from the ThinkPad IBM X60T I was using at that time. My PC was dark, plastic… In short, solid and decent like an 80’s Volvo. But it wasn’t beautiful. On the other hand, Macbook Air (first generation) was light, made of aluminum, thin… Simply beautiful. Here’s how I felt in love with it:

I remember that even after a month of using Air, when I fully mastered everything and was using it for everyday work, I grinned every time I opened the lid. I gladly sat down to work. I gladly opened my Macbook. I gladly touched its aluminum case and couldn’t stop admiring its slim design. Americans refer to their cars in the feminine - as “she”. I named my Macbook Jane Eyre. Working with Jane was a lot of fun :-)

My first iPhone vs. Nokia Communicator

At the same time that I bought Air, I switched from my absolutely great Nokia Communicator to iPhone 3G. Again: Nokia was solid, good and very useful… but iPhone was nicer, easier to use… It was simply beautiful.

Beauty and productivity complement each other

In fall 2008, after one year of running Nozbe, I bought my first Macbook and first iPhone. That was when I noticed the correlation: working on beautiful devices makes us work more effectively, more willingly. They simply get us more motivated to work.

The beauty of fun on beautiful devices

Currently, my new desktop computer is a stunning iMac 5K and my two main mobile computers are iPad Air 2 and iPhone 6 Plus. They’re all beautiful, slim, pleasant in touch. What’s more, they’re leaders in their categories (desktop, smartphone, tablet) in terms of design and materials they’re made of… As a result, work is so much fun that it doesn’t really feel like work at all :-)

Macbook One - new temptation from Apple

Recently, I ordered the new Macbook for one of my employees. The one with the single port and on top of that - in gold. Before I gave it to her, I spent a few days playing with it. At the time, we were having a promotion at Nozbe as part of which I organized an AMA (“Ask Me Anything”) for my customers. I received a lot of emails. I replied to the first 200 on the new Macbook.

Getting a lot of emails is really great and responding to them gives me a lot of satisfaction… but after reading 50 messages motivation starts to drop, questions repeat themselves, and everything starts getting a bit monotonous… Here’s where the new Macbook came to the rescue. It’s really beautiful. Wow! It’s stunning. It encourages you to work. I knew I had many more emails to reply to but I also knew that I was going to respond to them from this beautiful, small, gold laptop which actually seemed happy that we were going to work together…

I don’t have the Macbook One anymore. I finally had to send it to my employee who was starting to get a little impatient :-) But I couldn’t let it go. The new keyboard requires getting used to. At first, I pressed the keys too hard but with time I got accustomed to handle the keyboard more delicately. The new Retina display is great. The whole design of the laptop is amazing. Even a single port is not an issue because the battery lasts so long that you don’t need to use a cable. However, it’s not a computer for me - my iPad completely fills its place. Nevertheless, if you’re looking for a super-mobile laptop with Mac OSX, this one is hard to resist. It’s definitely worth giving a try.

Want to boost your productivity? Work on beautiful devices!

I didn’t intend to write a review of the new Macbook. I just wanted to point out that the devices we use have an influence on our productivity. And by that I don’t mean just their technical parameters but - if not even more - their design and emotions that these devices evoke in us. The new Macbook brought back memories of my first Air. By the way, it was funny to observe my colleague - Product Manager at Nozbe - as he almost slobbered over the new Macbook even though he swore he’s going to buy a Macbook Pro. We’ll see what he decides in the end. Both computers are beautiful but the new Macbook One is as tempting as once Macbook Air.

Question: Which devices are beautiful to you? Does their design influence your productivity?