In January 2008, Steve Jobs presented the thinnest laptop on Earth and called it Macbook Air. Wow. My jaw dropped. I knew it right then that it was going to be my first Mac. And so it was… Althought it wasn’t as simple as it might seem. Here is the story of my first Mac and my love for Apple products.

Note: The following article appeared fist in the March issue of iMagazine - the leading lifestyle magazine for Apple enthusiasts in Poland. I’m a regular contributor and write my monthly productivity column there. 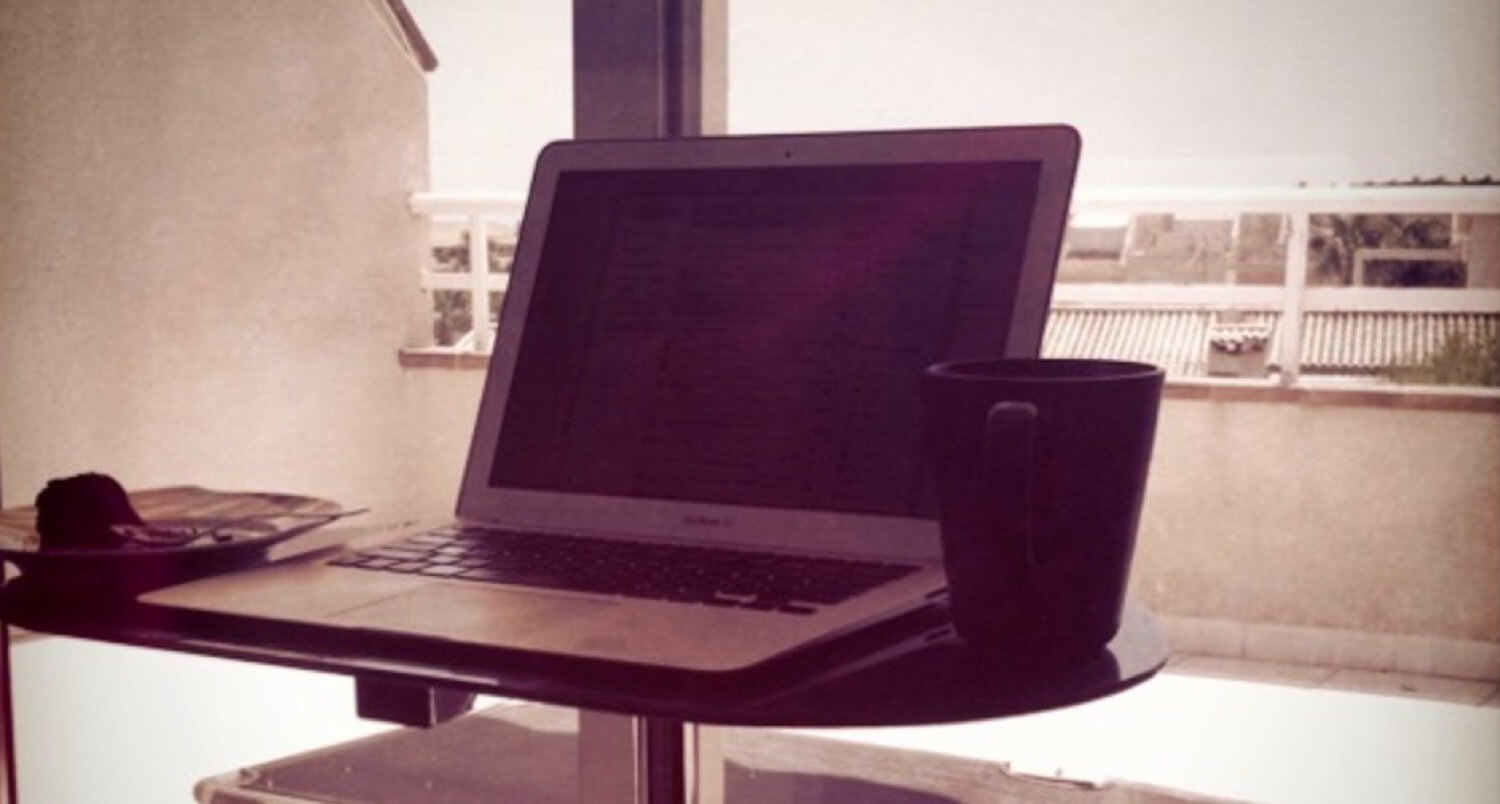 I have already been a huge fan of Apple at that time. Mainly theoretically, though. True: I got my first iPhone in September 2007… However my Nokia Communicator had a copy/paste option, GPS navigation and other bells and whistles, so I gave the iPhone to my wife. However, I had been observing carefully Apple’s progress and I was excited about each new episode of “I’m a Mac” ads series. Ever since they switched to Intel processors I’ve started taking their computers into consideration more seriously. The first Macbook Pro made a great impression on me… but it was too heavy and way too big.

How much does it weigh?

As you may know, I am #iPadOnly, meaning - I work mainly on my tablet. Before, my main computer was my Macbook Air. Prior to that - Tablet PC computers like Toshiba Portege M200 or IBM Thinkpad x60. What I’ve always appreciated about portable device was its… portability… meaning the little weight and the long battery life. My Thinkpad was incredible: 5 hours of battery life and only 2 kg of weight. It was really powerful and shock resistant. Generally: a high-quality laptop.

At the same time it was really ugly :) Black, plastic and lackluster. That’s why, once I saw the Macbook Air I fell in love. And it was a love from the first sight. [1.5 kg, nice aluminum case, pretty, thin, sexy, curved][air]… It seemed to be an ideal laptop. I had to get it!

But do I really want a Mac?

I had always used Windows PCs. With the well known and appreciated (by the viruses mostly) Windows XP system. I had everything under control, configured and optimized. And now, suddenly I am to give up all my programs, my habits, my keyboard shortcuts, files system? All that for a Mac? Although I heard that Macs were better and maybe even believed that… I was scared. After all, I am a productivity guy - I thought - and I should know best that if I suddenly change all the habits I have formed and give up all the processes that I have optimized, my productivity would drop drastically.

The temptation to switch to Mac was stronger after all. Every month I would fall in love with Macbook Air even more. I would visit the local Apple Reseller several times a month. I touched that Air and wanted it really badly. I couldn’t stand looking at my Thinkpad.

Mac-TabletPC for a month. My test ride.

As a real productivity & technology geek I decided to approach the situation in stages. At first, I got to know that it was possible (not absolutely legally) to install the Mac OSX on my Thinkpad. I thought I would make a “hackintosh” and see whether I could work with Mac OSX at all.

I could. And I liked it! I ran MacOSX on a separate partition in October 2008. My MacTabletPC worked! Even the Wacom’s stylus worked. There was a new land ahead… Learning the computer from the start.

The way Mac OSX worked really appealed to me. Everything seemed easy. It was cool to drag and drop the objects. The bad thing was I had to totally rethink my workflow. Every single process and program - everything I needed my computer for needed to be redesign from scratch. It was something that I had to go through again in 2012 when I switched to iPad.

Let’s go back to 2008 though: at the end of October I already new that Mac was “my machine”. Obviously I also realized that my “hackintosh” wouldn’t work well for me in the long run. It crashed or hanged from time to time. Most importantly - I really wanted to get my true love - my Air. Pretty soon, I found a second-hand Air with SSD 64GB drive (that’s what my iPad has today :)) on the Internet and I bought it! Wow! Finally, I had a computer of my dreams. And ideal gift for Christmas that was coming. “All I want for Christmas is Mac” I could sing ;)

I was excited and started enjoying and using my new machine intensively. And then… to my horror… I discovered the “core shutdown” problem. I turned out that first generation Airs had that issue of overheating. It made one of the processor cores stop and cause the “kernel_task” process to spike which in turn totally blocked the system and it was impossible to use the computer. Also, the fans at full speed sounded more or less like a vacuum cleaner! I felt like chucking my wonderful Macbook Air out of the window! It was slower and made much more noise than my Thinkpad… than anything that I had ever used to be honest. I was depressed.

Fortunately, I’m a geek and I know how to read the message boards. I managed to find a solution. A little 10-dollar app called CoolBook and a script to lower the fan’s speed… and suddenly my Air rocked. Finally!

Then we had our honey moon… and honey years…

I used that first Macbook Air for almost a year. Then I worked on Airs of the following generations till I switched to the iPad. I’ll never forget that first MacBook and all my experiments with “hackintosh” or the productivity challenge that the changing of the OS caused. Thanks to my first Mac, I discovered the world of Apple for good. Soon after, I bought an iPhone 3G just to find out I almost became an iSlave :) But I have no regrets and I can write this blog post on my iPad and write articles for iMagazine - the leading lifestyle e-magazine in Poland.

Question: What’s the story of your first Mac? What was it?