Recently a friend wrote to me asking about an interesting Christmas 🎄 gift 🎁 story and what I shared with him I decided to write up here. Especially after my recent COVID-19 analysis, I wanted to write something uplifting - how technology saves lives. Here’s how the Apple Watch is keeping my dad in control of his health after a heart attack: 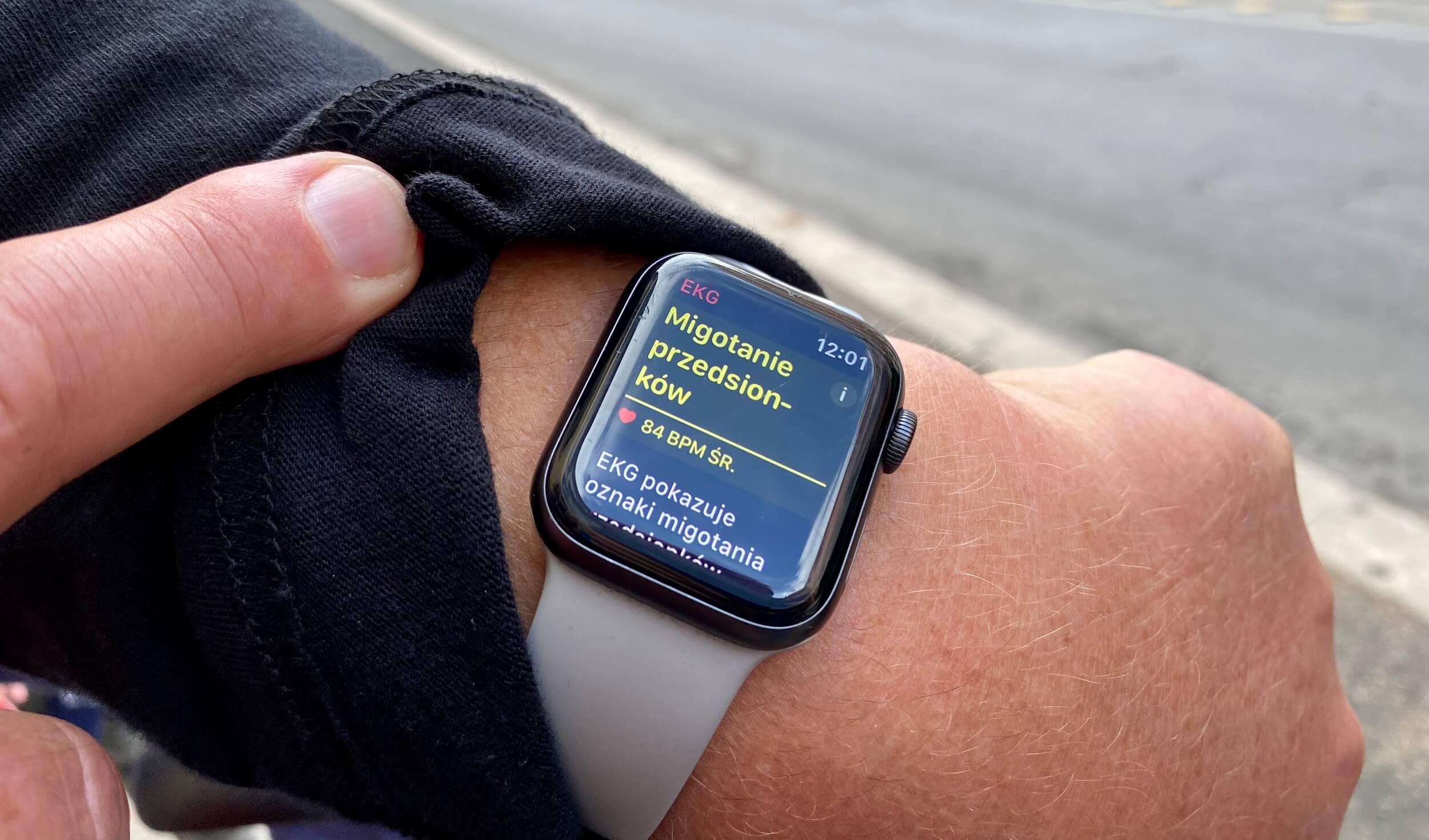 Atrial fibrillation is a serious condition!

Atrial fibrillation (Polish: Migotanie Przesionków) is an abnormal heart rhythm (arrhythmia) characterized by rapid and irregular beating of the atrial chambers of the heart.

This is something that many people with heart issues suffer from. My father had a heart attack a few years back and now he’s regularly suffering from this.

Basically, when it happens, he feels weak, fatigued, and needs to lie down and take the medication 💊 his doctor prescribed for him.

The problem is that an episode of atrial fibrillation starts with no symptoms first. My dad is feeling relatively well until he starts feeling weaker and when he realizes that he has an episode of this, it’s already pretty strong and knocks him down hard. Later it takes him a day or two (or more!) to get back on his feet. Not mentioning that it can lead to another heart attack.

When I got the always-on Apple Watch 5 I decided to try out if my trusty Apple Watch 4 can help monitor my father’s health. He used to have an Apple Watch 2 before but only the series 4 introduced ECG and other additional sensors.

The results are astonishing.

The watch is constantly monitoring my father and when he’s in doubt, he just does an ECG to check if his fine.

The kicker comes in when the watch actively warns him that he’s having an episode of atrial fibrillation. A notification pops up on his watch (as pictured above) and even though he’s feeling relatively fine, he knows it’s coming. This way he can proactively take his meds and lie down to get his strength back.

Again, I can’t highlight it enough - because the Apple Watch is on his wrist constantly monitoring him and doing ECG on him every now and then, the watch knows. So my father doesn’t need to launch ECG app manually. He gets an alert and notification when the watch detects an issue!

Recently he’s been having these episodes fairly frequently so he appreciates even more so that his Apple Watch is constantly monitoring him.

Also, when his doctor asks him about these episodes, he can quickly pull up a chart from his Health app.

If you’re in doubt if an Apple Watch is useful for your parents or other loved ones with heart issues, I hope this post inspires you to take action. And you don’t have to buy the latest and the greatest! Apple Watch from series 4 on has become a great health monitoring device and this is the watch that my dad is wearing right now.

Of course, as a geek I’m happy that the from Apple Watch 6 on, which I’ve been rocking for more than a year and a half, Apple also added the blood oxygen monitoring. This kept me sane during the Covid-19 pandemic recently.

The Apple Watch series 7 hasn’t introduced any new sensors so I’m hoping for improvements next year with the series 8!