Recently, I wrote about my love for my first MacBook Air and, as I said, despite that brief love affair, right now I mainly use my iPad Air 2 for work. Some people still find that “This Tablet doesn’t work”. As the author of the “#iPadOnly” book and someone who’s spent the last 2,5 years working mainly on the iPad, I decided to write this article to convince readers that, especially now, the iPad can be very helpful for both work and study… and play! 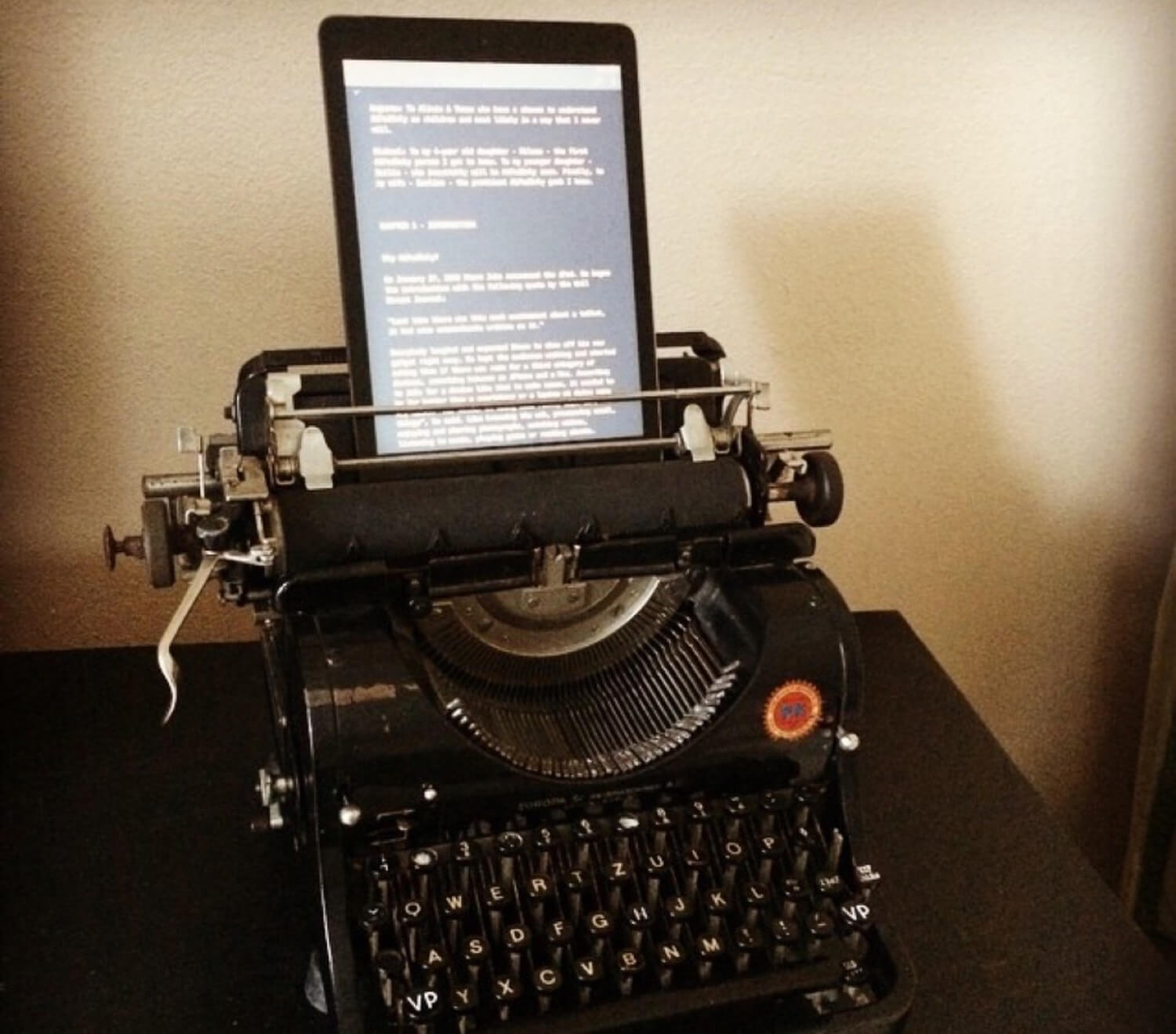 Note: The following article appeared first in the September’14 issue of iMagazine - the leading lifestyle magazine for Apple enthusiasts in Poland. I’m a regular contributor and write my monthly productivity column there.

It seems to me that many people perceive the iPad as a kind of small computer without a keyboard, which makes them believe that it should work like a computer. They think: if I’ve got all of my files on my Mac, where will I put them on the iPad? If I’m used to doing things in a particular way on my Mac, why can’t I do them the same way on the iPad? After all, everything should be the same or even better, shouldn’t it?

Well, no. That’s why many people who begin their adventure with iPad feel disappointed. When writing about my first Mac in the previous issue of iMagazine, I mentioned that during my transition from a Windows PC to Mac I had to completely change my habits. I had to learn many things from scratch, and learn to operate new software for doing the same things. The transition from Mac or Windows to iPad is even more painful… but looking back - it’s great… and so worth it!

With an iPhone, it’s like carrying two computers with you

When I want to reply to an e-mail and need to use an external document or note, I open it on my iPhone and continue writing the message on my iPad. This way, I can work simultaneously on two “computers” and carry them with me all the time! This kind of multitasking is all I need :-)

And there’s even more examples

Let’s say I want to send a PDF file with my signature via e-mail. I open it in GoodReader, add my signature, and upload it to Dropbox or send it immediately as an attachment. Contrary to what you may think, it’s more difficult to do on a Mac!

Making cool notes? I use Skitch, Paper by 53 (with the Pencil stylus), Notability… and I can take notes during all my meetings and upload them to Evernote later on.

Studying? There’s plenty of apps for that!

There are many educational apps designed especially for the iPad. Just take a look around the AppStore. Learning Japanese, sign language - you name it… Especially that these apps are usually more interesting and fun than those made for Mac.

Work? I mainly use my iPad!

That’s right. As I’ve already said, to me, the basis for effective operation is my trio of apps: Nozbe, Evernote, and Dropbox. I also have iWork and iCloud for writing texts and working with sheets or presentations. In addition to that, I use GoodReader, as well as some apps for content management on social media (Twitter, Facebook, Pinterest), reading (Pocket, Kindle, iBooks) and communication (Skype, FaceTime, Hangouts). There are lots of them and they work perfectly.

My iPad is online 24 hours a day. Thanks to 3G/LTE I don’t ever have to worry about Internet connection: at home - I have WiFi, and when I’m out - I’m always online. It just works. With a laptop you have to plug it to a USB modem or find a hot-spot…

Demanding users will also find an iPad version of Microsoft Office (luckily, I don’t have to use it) and a tons of apps for work, often very specialized ones, that are not available for Mac.

On my iPad, I have Netflix, Hulu, iTunes, iPla, YouTube, a bunch of games (and too little time to play them) and everything just works. When we’re on vacation, my wife and I watch movies on Netflix or rent them from iTunes… In addition to that, iPad users can choose from movie apps such as IMDB or Movie Trailers. It’s also amazing how easily you can find great games on the AppStore that cost no more than a few bucks.

Since I started to use iPad, I don’t visit many web pages. Instead, I download dedicated apps: IMBD, Techcrunch, BBC, etc. The whole experience is a lot more intense and pleasant than browsing sites on Mac.

It still amazes me how most people can manage without the ability to touch-type. Although mastering it takes time, it’s not impossible. This ability has enabled me to master fast typing on iPad’s touch screen a lot faster. I downloaded the TapTyping app, completed a few lessons and, putting into use my “old” keyboard typing skills, I’ve immediately boosted my typing speed from 20 to 50 words per minute.

I highly recommend touch-typing, even if you’re not an iPad user. Spend some time each day honing your skills, and don’t mind that it may initially seem like going back to pre-school :) If you’re planning to write longer texts in the future, it will pay off. Most people double their typing speed. The effort is worth it.

However, with the iPad, the keyboard is optional

Considering what I’ve written above, I’ll ask you again: how often do we really need the keyboard in everyday life? For browsing the web? Reading?

After analyzing my everyday activities I realized that, besides moments like writing this article, I don’t need to use keyboard that often. Many iPad apps are optimized for gestures and tapping, which really makes working on the iPad a great experience.

Last but not least - iOS8

All in all, if you don’t expect iPad to be like Mac, it can be great for productivity. You have to change habits, learn new things and be open to new apps… and the experience is amazing.

Question: Does the iPad work for you just like it works for me?