Very often I get emails asking for productivity advice and a question that keeps on showing up is this: Which apps should I install first to start building my productivity system? Where should I start?

I particularly liked an email I got from a very senior Nozbe user. It was a long email but the key points were these:

I’m 81, near no tech; extreme difficulty organizing/ordering my life; drawn years ago to Covey’s 7-Habits philosophy/approach as well as that of “Holistic Management”; BUT never successful at implementing, more than anything because of chronically being in a ‘crisis’ mode… Which systems would you advise my tudor and me to most carefully consider along with yours? And do you think/feel that one as limited as I indicate could learn and work with Nozbe as well or Better than others?… I will much appreciate your counsel. I already appreciate the manner in which you present Nozbe and yourself!!

Wow, I must say I was impressed by this email and by the fact a person in their 80’s is still thinking about really getting organized in a new, digital way, I was impressed and humbled they were asking me for advice.

Which apps to install and set up first? Great question. Let me answer with this blog post: 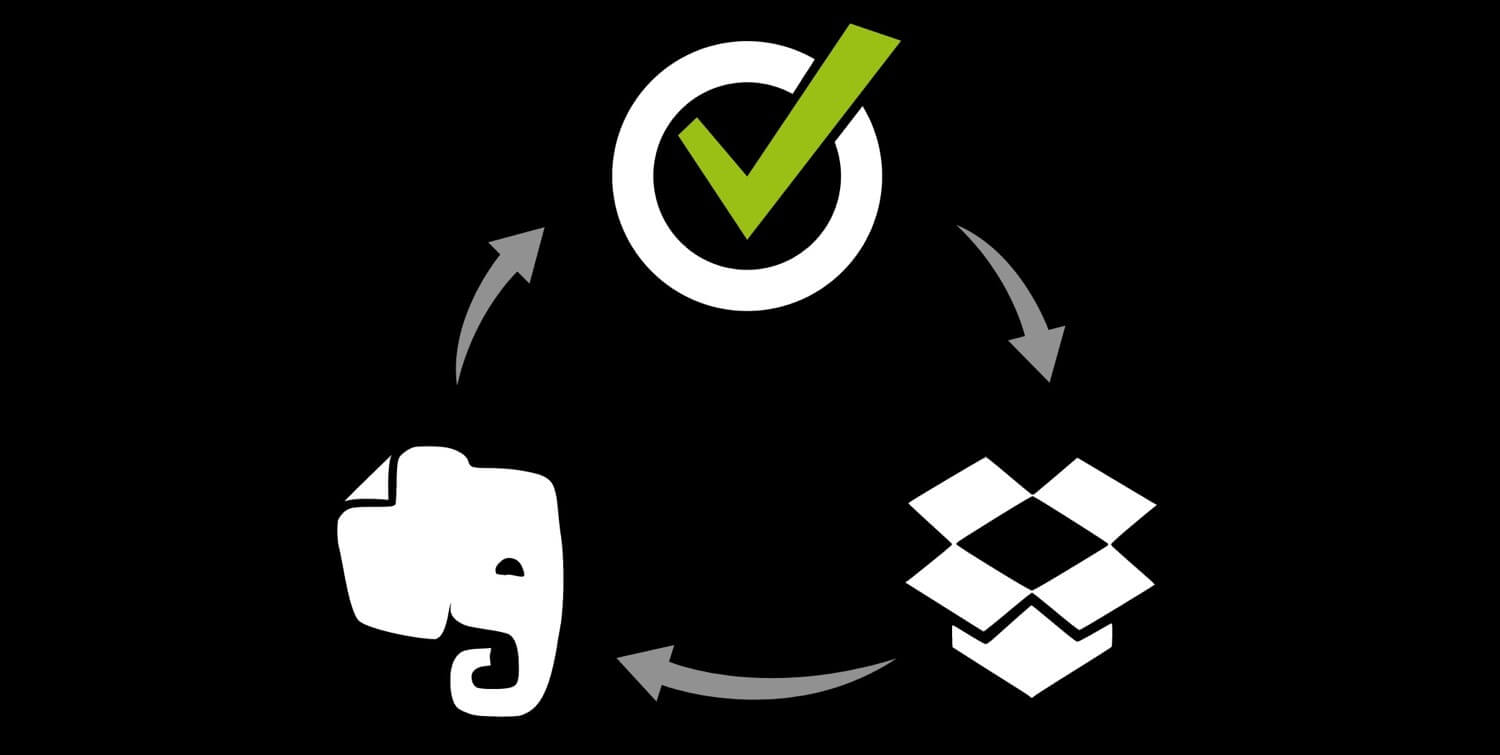 As I mention in my 10-steps productivity course, I’d go with these basic three apps:

And learn them very well. They work really great together and with our new Nozbe 2.0 coming this summer will work even better. Here’s how I’d go about it:

Install Nozbe, Evernote and Dropbox on your Mac or Windows

I’d install all of the three apps on my desktop computer, and use them almost exclusively.

Step 1. Dump everything to Evernote

I’d put everything, all the PDFs, scanned documents and other digital receipts directly to Evernote as my system for reference material.

All the other files - like Office documents or some other files I need to share wit someone, I’d put them in the Dropbox folder.

I’d use Nozbe only for tasks. And if a task requires a reference material, you can easily attach an Evernote note or Dropbox file to it as a comment.

Step 4. Get the mobile apps

If you have a smartphone like an iPhone or Android phone, get Evernote, Dropbox and Nozbe mobile apps. You’ll have access to the same information as on the desktop. You’ll get the power of mobile productivity… and you’ll understand how great it can be.

Just focus on these three apps. Put most of your “stuff” to Evernote, rest to Dropbox and all of tasks and projects to Nozbe. And start with that. And keep at it. Don’t put stuff anywhere else.

OK, it’s actually how I’m working every single day. This is exactly what I do. These three apps are the key to my productivity. There’s a bonus to this system - not only Nozbe works with Dropbox or Evernote. There are many additional, helpful apps that work with these systems. I wrote this blog post using Editorial app on my iPad… and it saved this post as a text file on my Dropbox folder. Sweet, right?

Question: How would you advise designing your first productivity system? Any additional suggestions?