After spending Christmas over three years ago (2013) in my hometown, I came back home and stepped on the scale. I’d gained 2 kg (4.5 lbs) during the holidays. Although it may not seem like much, I was terrified. After all, I’d spent nearly the entire fall dropping those 2 kilos… I was disappointed that I destroyed a couple months of weight loss efforts in just 2 weeks. I decided that it was time to put this to a stop… for good. I managed to do it and now three years later I’m still slim and healthier than ever before. Here’s how you can do it, too: 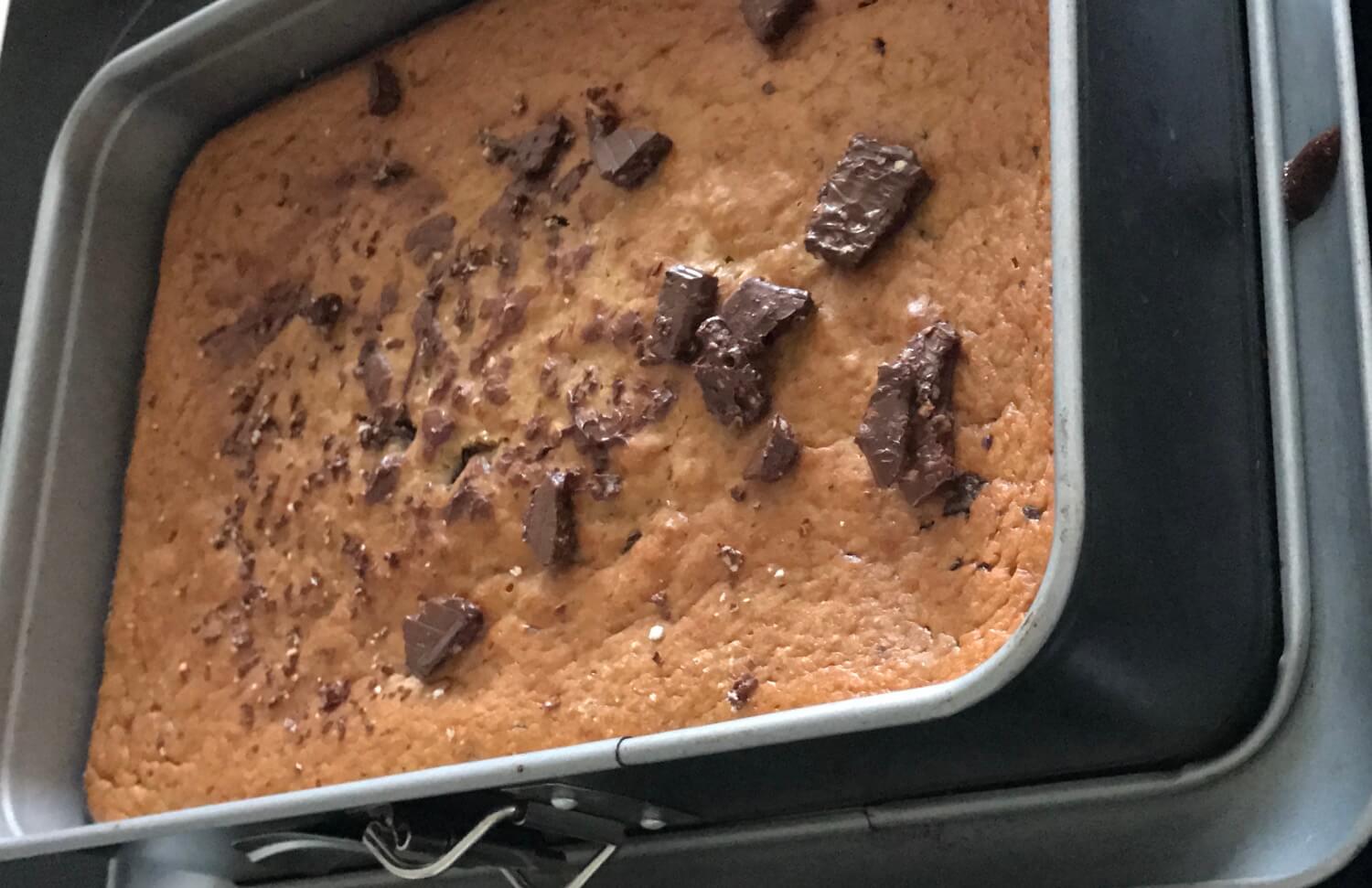 Note: The following article appeared first in the January ‘17 issue of iMagazine - the leading lifestyle magazine for Apple enthusiasts in Poland. I’m a regular contributor and write my monthly productivity column there.

I started working out in January 2014 and in 3 months I’d managed to lose 12% of my body weight. I had to get rid of most of my clothes and buy new ones – 1-2 sizes smaller. Good for me, I managed to lose weight. But the best thing is that today, after three years, my weight’s still at the same level! I’ve been able to avoid the yo-yo effect. My weight tends to vary by 1-2 kilograms, but I have everything under control. I feel lighter and younger. In fact, I’m in the best shape ever.

Before I begin, I’d like to clarify that I’m not a professional dietitian or a doctor. Everything I know about the subject comes from two books: “Why we get fat” by Gary Taubes and “4-hour body” by Tim Ferriss, numerous articles on the web, my friends’ weight loss stories and talking to my GP. Here are my 7 rules:

We’re used to consuming big portions 2-3 times a day and eating in a hurry. Many people skip breakfast and end the day with a large dinner but it’s not a good idea.

I’ve learned to eat 4-5 meals a day. I have breakfast at 9 am, second breakfast at about noon, lunch at 3 pm and dinner at 6 pm. Sometimes, when I get hungry in the evening and I know that I’ll be going to bed a little later, I eat a small meal at 9 pm. However, I do it very rarely. I eat smaller meals every 3 hours. It’s important to start the day with a nutritious breakfast and end it by eating a modest dinner.

Changing my eating habits has really taken a lot of effort. Now, my body demands food at specific hours. It’s amazing! To achieve success, your body can’t feel starvation, so you should never feel hungry.

To achieve results, in the first months of my diet I completely ditched carbohydrates and followed the “slow carb diet.” I ate no-carb meals 6 days a week, then on Sundays I ate whatever I wanted.

To maintain weight after going back to eating carb meals regularly, I simply try to avoid starchy foods such as potatoes, bread or rice. For breakfast I eat an omelet but without a slice of toast. My dinner consists of meat and a salad. I usually don’t each potatoes or French fries and if I do, they no longer constitute the main part of the meal.

Rule 3 - indulge in sweets and alcohol only on weekends

I’m writing this during the Christmas holidays and I’m a little over-sugared but I know that this is an exception. I avoid sweets during the week – I let myself have them only on the weekends. The same rule applies to alcohol – I have a glass of wine or beer only on Saturdays or Sundays. Both sugar and alcohol are very addictive and they’re not helpful in losing excessive weight.

Rule 4 - get a large and high-protein breakfast

My favorite breakfast is an omelet with tuna. I also add some tomatoes and olive oil, or guacamole … and it tastes great. In general, your breakfast should contain more proteins and less (or even no) carbohydrates such as bread or milk. Your body should learn to draw energy for the whole day from burning fats instead of carbohydrates.

That’s why I always have a cup of water with a dash of fresh-squeezed lemon juice after waking up. After that I prepare my “breakfast of champions.” It really works!

I completely stopped drinking Coke, juices and similar products. I mainly drink water with lemon juice to enhancee the taste. It’s delicious. I also drink tea and if I do, I don’t use sugar. As for coffee, I drink it with a dash of rice milk.

All fizzy drinks and juices contain huge amounts of sugar, which increases the level of insulin in the body, and promotes weight gaining (fat deposition). That’s why I avoid such sugary drinks. What’s more, many of them contain high fructose corn syrup – a sweetening substance that makes you gain weight even faster.

Another thing I eliminated was cow’s milk. We are the only mammals that drink milk after growing our teeth. What’s more, it comes from a different, much larger animal (a cow). I found this argument very convincing and so I replaced milk with rice, almond and coconut drinks, and sometimes soy drinks. I also eat less cheese and if I do, I usually pick sheep’s cheese.

Sometimes, when I’m at a coffee shop, I have a glass of fresh squeezed orange juice, but usually I prefer to eat an orange at home. In this way, I consume less fructose (fruit sugar), and eat more of the fruit itself.

Rule 6 - fruits are great but in small amounts

Fruits are healthy but like I’ve already said, juices contain a lot of sugar in the form of fructose. The same goes for fruits, which is why you shouldn’t eat too many of them.

According to Tim Ferriss and his “slow carb diet,” in order to lose weight you have to eliminate fruits completely. During the first months of my diet I also avoided them. I currently eat fruits, but in smaller amounts than before. The advantage is that when I’m eating a fruit, I really appreciate its taste :-)

Rule 7 - exercise is healthy so get moving regularly

Changes in my eating habits were accompanied by more frequent workouts. I found a running partner and we started to jog together regularly. His company turned out to be a great motivation. We meet up on Tuesdays. Now I know that whatever happens, I have an appointment and have to be there – even if I have a lot of work. Each additional workout that I’ve been able to carve out is like a bonus that gave me an additional “kick” of energy.

My job is building software and I sit all day long in the office. So, in my case, exercising outside in the fresh air has several additional benefits. To increase motivation, I listen to podcasts and audio books while jogging that I normally don’t have time to read. I often say that I’m not going out for a run but that I’m running to read a book.

Another motivator is my Apple Watch. It shows me if I’m active by using circles. Recently I’ve been really engaged in this aspect and close all activity circles every day.

Apart from running, I recommend swimming and cycling or pilates/TRX exercises. I’ve tried all of these disciplines and the result is that since 2014 I regularly participate in triathlons. Not Ironman, but short competitions: swimming 1.5 km (0.9 mile), cycling 40 km (24.9 miles) and running 10 km (6.2 miles).

The golden rule – exchange bad habits for good ones!

As you can see, you can lose and maintain your weight but only if you change your eating habits and break bad routines. And when’s a better time to start than on New Year’s Eve? At the beginning of January the motivation for improvement reaches its peak, and the moral hangover after overeating on Christmas pushes us to changes. It’s the perfect time to start!

If you want to lose a lot of weight fast, I recommend Tim Ferriss’s “slow carb diet,” which I already described on this blog and which resulted in my 2014 weight loss.

Some people can eat whatever they want and stay slim. Unfortunately, I’m not one of them so I have to watch what and how I eat to maintain a satisfactory weight. In the long run though, these aren’t serious sacrifices. Thanks to new culinary habits, I constantly discover new flavors and dishes. After 3 years, I can see that by following these 7 rules I’m able to maintain a steady weight and feel younger, healthier and more fit than ever before!