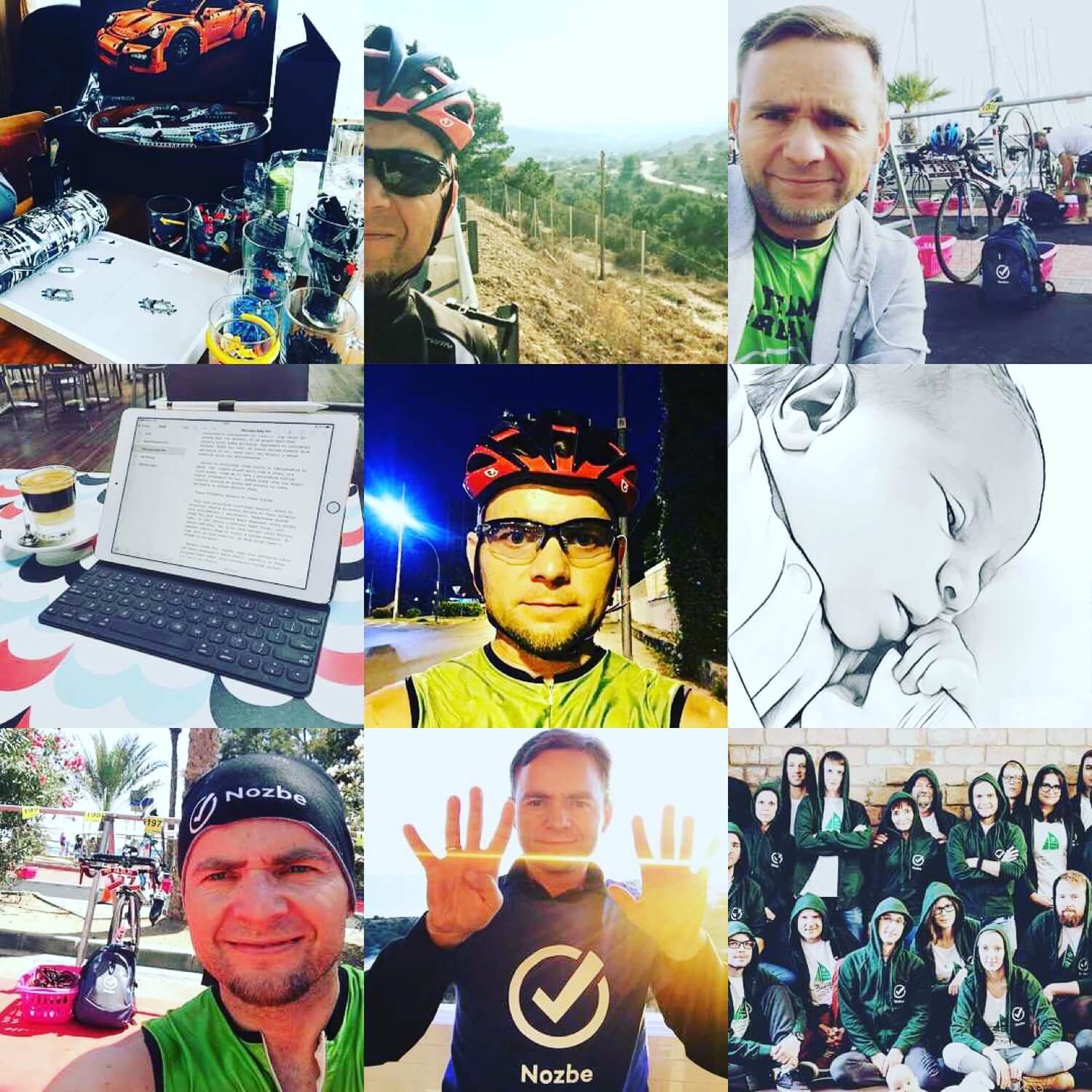 Overall 2016 wasn’t that bad for me. It’s been actually pretty good. Personally my third daughter was born and she’s been amazing, I’m still a fit amateur triathlete and business wise we’ve had some growth and significant product developments. I can’t complain.

On the other hand, geo-politically it wasn’t that good, the government in my home country is destroying the stable democracy we used to have, UK wants to do a Brexit and the USA decided to choose a self-indulgent liar as a president. Some people call 2016 the “Windows Vista” of all years. It wasn’t that bad for me so if you’re curious to know more, read on - hope this inspires you:

My life changed and improved!

My third daughter, Liliana, was born

She was born mid-July and she’s an amazing kid. I always wanted 3 kids and now we have 3 beautiful daughters: 8-year old Milena, 4-year old Emilia and a newborn. Initially I feared that having a newborn baby would be pretty tough (back to sleepless nights and all..) but it wasn’t that bad. I’m actually enjoying the process and I love playing with her. Now I’m a happy father of 3 and can’t recommend it enough :-)

In 2016 I managed to complete 3 triathlon races and in June I achieved my personal best with 2h 41min 59sec time. I’m competing in “Olympic distance” triathlons, meaning 1,5km swimming, 40km bike ride and 10km run. I love this distance and I’m really enjoying these races. I’ve also set personal running and biking goals but didn’t achieve them. I ran 522km (out of 800km planned) and I biked 1882km (out of 2500km planned) which is pretty disappointing… but as I had a baby to take care of, I just couldn’t find the time to train more.

For 2017 I decided to re-define my goal and I plan to do 4 triathlon races - two in spring and two in the fall. And beat my personal best. To achieve that I’m doing two deliberate practice swimming sessions per week and I’m doing a 10km under 45min 12 week training program. That’s it. I will focus only on running and swimming this year as these two sports require some improvement and I will not sweat about the totals.

What I do take pretty seriously is completing all fitness activity circles on my Apple Watch every day. And I’m on a 50 day streak already!

My weight jumped a little after the Christmas break, so I’m on a month-long slow carb diet now to lose 2-3kg next month and I started doing more TRX weight training to gain more muscles :-)

Nozbe 3 launched and revenue went up!

In February of last year we launched Nozbe 3 and it was a success. We added new “Business” plans and these have been pretty successful as well. We’re slowly growing from a personal to a more business/team productivity tool with Nozbe as we keep teaching people how to communicate through tasks effectively and finally ditch email for collaboration. While in 2015 our revenue was pretty flat, in 2016 we saw a 15% revenue growth which is really encouraging. Last September was also had our best month ever with a record revenue milestone. In 2017 we’re aiming for 30% revenue growth through better marketing activities and further product improvements. It’s not going to be easy but it is definitely doable!

Now that we’re approaching 10 year anniversary of Nozbe (this Wednesday!) we’re working hard on defining a clear product roadmap for the next few years. We’re re-evaluating everything we’ve learned so far, studying what works and what doesn’t and we’ve got great plans for Nozbe in the coming months and years. This seems crazy, but 10 years in I’m not bored working on the same product. I’m actually more excited than ever. It really does feel like we’re just getting started!

In 2016 we tried something new - webinars, and we’ve had lots of fun doing them. Each time we’re doing a webinar lots of people sign up and later show up live and even take us up on a time-limited Nozbe offer. And they stay until the very end of each session which is really encouraging.

Thankfully I speak a few languages, so I decided to do webinars in English and in Polish. I also experimented with a webinar in Spanish and it was a success. It was a little out of my comfort zone, but it worked. This year we’re planning to do a webinar in 2-3 languages each month.

Hire slow fire fast, they say. Better said than done. Last year I had to oversee a departure of one of our long time team members and it was very tough. Didn’t enjoy it at all and it influenced team morale a lot. But it had to be done.

Also a couple of team members left and new people came. It was a roller coaster ride but I think we’re getting past that and overall making our team better.

It was the first time I had to face such important decisions and I think in retrospect I didn’t do enough of a good job with that. Well, you grow and you learn and you suffer the consequences of all that, right? Well I did. The good thing is that I learned my lessons and will hopefully act better in the future. Time will tell, I guess. Being a CEO of your own company is a rewarding experience, but it’s not all cupcakes and rainbows.

We’ve been very consistent recording our podcast with Radziu and we’re having fun doing it every week. And our audience has grown significantly. Now each episode is being downloaded between 3-5 thousand times and every weeek around 7000 people download any episode of our podcast. Wow, thank you and let’s keep the growth curve going!

We set out to record the podcast without any lofty goals and it was supposed to serve our own personal development needs first, but I see it’s become a great platform to share ideas and discuss great books we read.

This blog is just getting started!

I’ve made a few changes to this blog, especially to the home page with my new “#NoOffice video” there and also new No Office Apps book but I’m only getting started. This year I’m planning to really do what I set out to do here - post more regularly about themes around my upcoming No Office Book which will not be published this year just yet - I’ve decided to move the official publication date to 2018 and blog my way to it with you here on this site.

As you can see, 2016 wasn’t that bad for me and for Nozbe. It prepared me for an exciting and even more demanding 2017. This year I’m planning to follow the guidelines outlined in the Essentialsm book as well as Peak book to do fewer things, but better and perform more deliberate practice sessions to improve my marketing and fitness skills.

Question: How was 2016 for you? Did you do your 2016 summary? I’m curious to know! Link it up below or tell me directly in the comments!