This year a few things got out of hand for me - or let’s say they’re not where I want them to be. So I decided to do something about it now and instill/strengthen new habits until the end of this year. 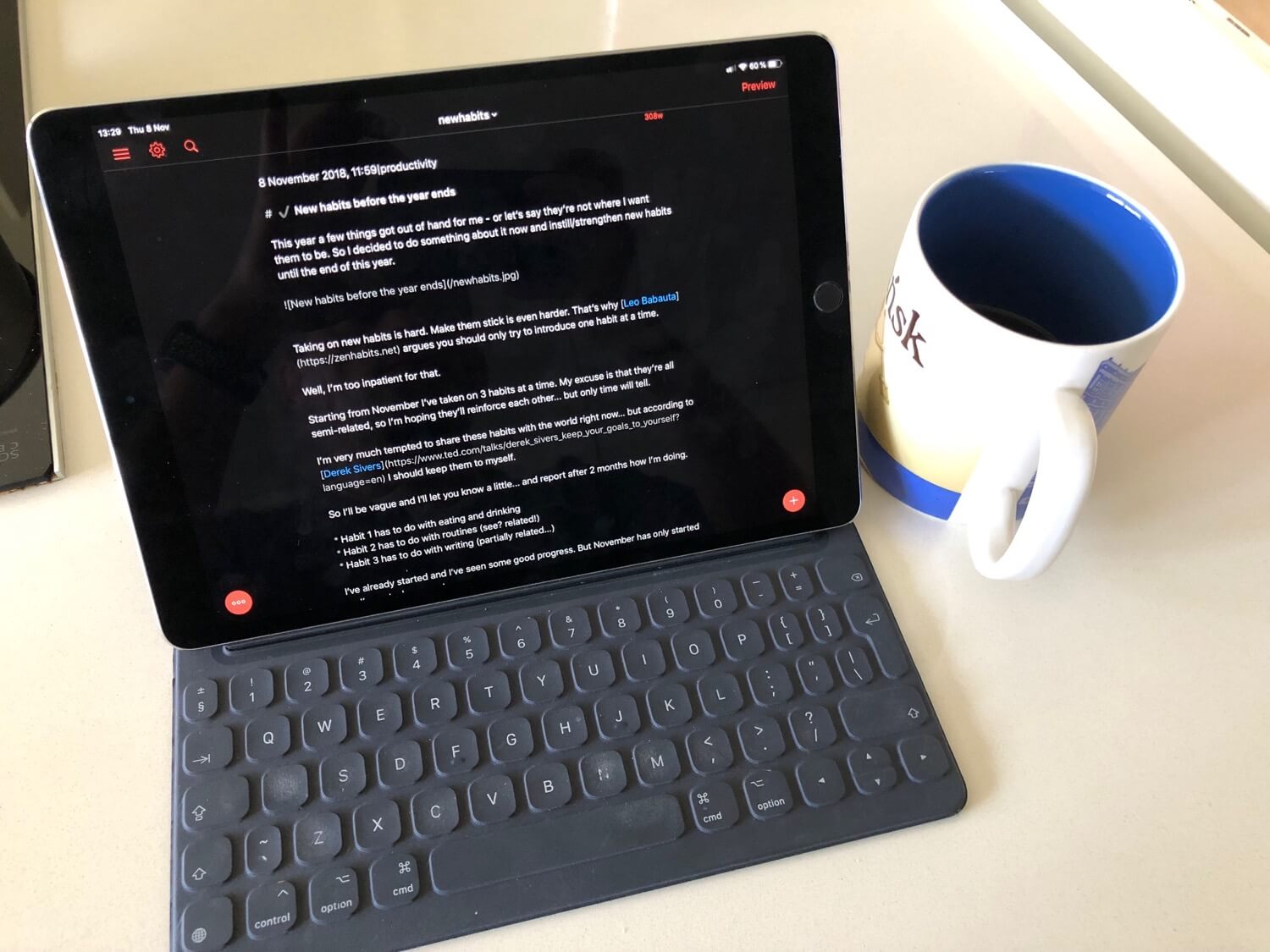 Taking on new habits is hard. Make them stick is even harder. That’s why Leo Babauta argues you should only try to introduce one habit at a time.

Well, I’m too inpatient for that.

Starting from November I’ve taken on 3 habits at a time. My excuse is that they’re all semi-related, so I’m hoping they’ll reinforce each other… but only time will tell.

I’m very much tempted to share these habits with the world right now… but according to Derek Sivers I should keep them to myself.

So I’ll be vague and I’ll let you know a little… and report after 2 months how I’m doing.

I’ve already started and I’ve seen some good progress. But November has only started so I’ve got a long way to go.

How about you challenging me? Let me know via Twitter which habit(s) you’re going to start introducing this month until the end of the year.

According to research it takes about 60 days to get the habits going… so we’ve got exactly the time need to make them stick.

What are you going to do?

Here’s to ending this year and starting 2019 with a slew of great new habits acquired!