Back in February when I was visiting the UK I bought the latest and greatest Apple speaker, called the “HomePod”. I bought it out of curiosity as I wanted to find out what these “intelligent speakers” are all about and as I’m all in the Apple’s ecosystem I decided not to invest in the Amazon’s or Google’s ones. What happened was that this speaker not only improved the way we spend our time in the kitchen, but also taught me a new way of using my iPhone! Here goes: 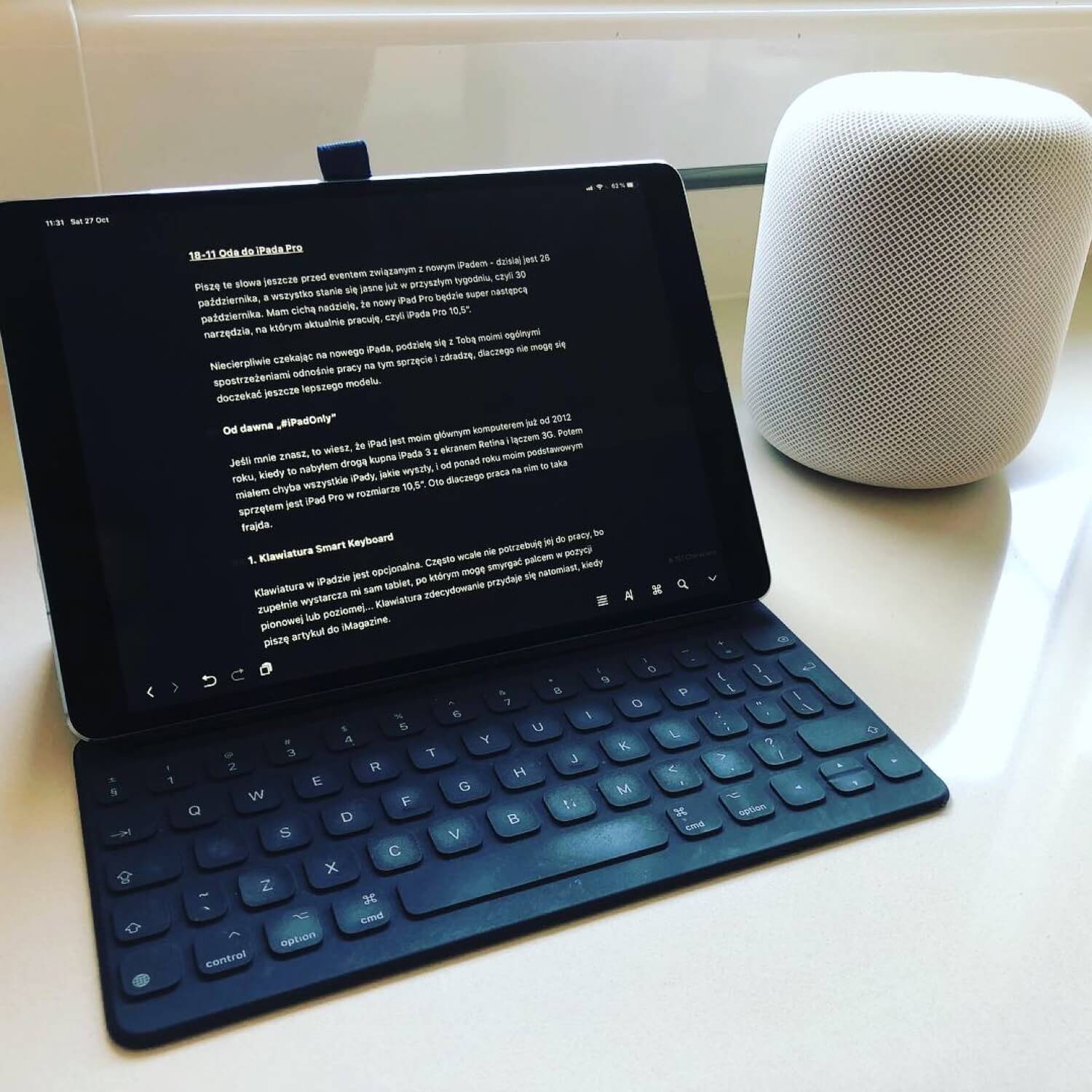 HomePod changed the way I interact with my iPhone right now!

The HomePod is in our kitchen and because with it we also subscribed to Apple Music, we now ask it to play whatever we want. Recently I was into some classics, so I just asked it to “play the best hits by R.E.M.” or “best hits by Madonna” and boom, the speaker played them for me.

After months of just playing music, I use HomePod and Siri a lot more!

It took us time, but after a few months we started asking Siri through HomePod for more things - like setting up timers (and now finally we can set up more than one of those!), like asking about the weather, like asking about things (definitions, geography: “how many people live in Moscow?”. and much more..).

Recently as I was setting up home automation with Apple’s HomeKit, I’ve started creating scenes and now when my daughter wants to do her homework she sits down at the kitchen table and shouts to the HomePod: “Hey Siri, turn on Kitchen Table” and the light turns on!

Based on that… I started talking to my phone much more!

This is where I realized that I can start talking to my iPhone much more - and I even started recording more iOS12 Siri Shortcuts to enable that. I began asking Siri to open some of my apps, to perform some shortcuts for me, to call people I have in my address book… and it usually works!

Siri is not there yet… and she’s still pretty dumb… but she works!

Yes, Apple still has a long way to go, but I still remember when I got my iPhone 4S to be able to talk to Siri and was disappointed… and with every subsequent iPhone the disappointment turned into frustration… but now with HomePod I’ve re-learned to appreciate the voice commands and to try them so much more… and to enjoy them finally!

Give Siri a try yourself… and if you can get the HomePod, I totally recommend it!