I’m a big basketball fan. I’m a short guy but I love playing the game and I’ve been watching NBA games since my high-school days. This last season was particularly interesting as my favorite team “Golden State Warriors” broke the record of most wins in the regular season set by none other than the famous Chicago Bulls led by Michael Jordan. The “Dubs” (that’s how “Warriors” are nicknamed) won 73 games and lost only 9. They made history… but they still have to go through play-offs and win the Championship title, and they barely made it to the finals… here’s what we can learn from their 7-game match-up with the Oklahoma City Thunder: 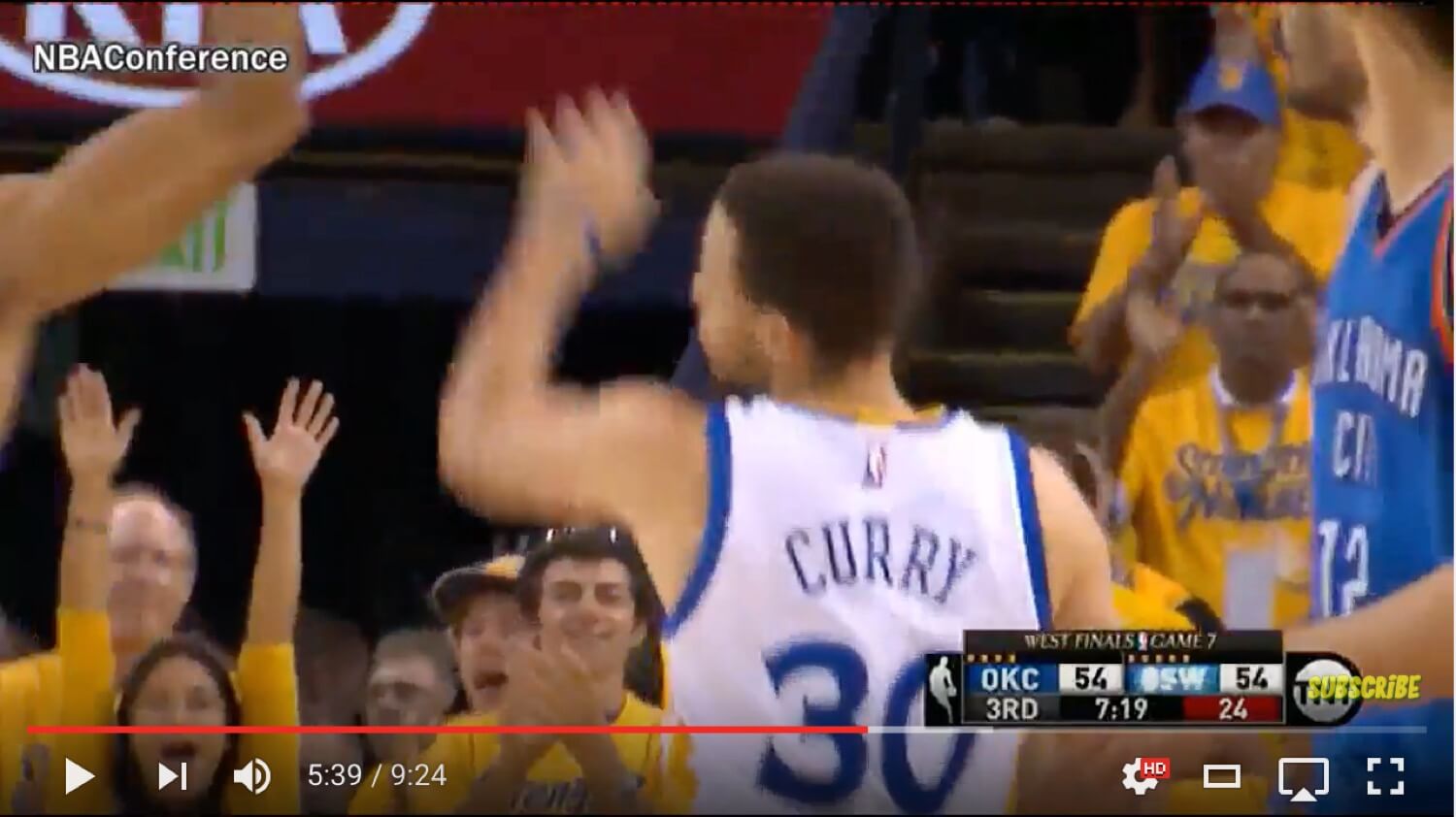 1. Even if you’re the best, you still have to play your best

There’s a reason champions come and go. Things change. Even if you’re at the top, you still have to bring your best. They have in the regular season, but not so much at the play-offs. They lost a game in the first round, lost another in the second round… and lost their first game vs OKC Thunder. Something odd for a team that lost only 9 games in the whole year!

They later won one game and lost two… and with 1-3 deficit almost were doomed to go home. They made it 4-3 as they gave it all in the last three games. They finally played at their best. They had to.

2. Enjoy your hype, but don’t rely on it

Stephen Curry is not only the best point guard in the league, the MVP of the regular season… but also the best 3-point shooter ever to play the game. He scored 402 3-pointers this regular season. He beat his own record of “treys” set last year by more than 100. He shot from any distance and he almost always made it. He had around 50% hit rate! From the 3-point line!

That’s where he started making mistakes in the play-offs. When things got tough he started shooting from anywhere, without preparing the shots, without passing to his team mates. He thought he’d score anyway. Well he did once or twice, but his percentage in playoffs was way below 50%… it was somewhere closer to 30%… He’s still amazing and I’m his biggest fan, but he should have known better. He believed too much in his own hype.

Which brings me to the last point:

3. Team wins, team loses… and wins again - it’s all about the team!

It’s all about team work. What made Steph also great in the regular season was his passing ability. His assists. In the last three games against OKC Thunder finally the Dubs were playing like a team. Steph was not only shooting, but also passing. Also letting other team mates shine (just think about game 6 and Klay Thompson’s 11 record-braking treys!).

“Never give up, just do it” - is my favorite slogan… and it fits perfectly what the Warriors team did in these last three games. They played like champions. And out of 200+ teams in the history of the NBA who had a 1-3 game deficit, they’re one of only 10 that made it anyway. They are true warriors.

This reminds me that at Nozbe we can only achieve greatness as a team. It’s me at the helm but without my team I wouldn’t be where I am today. And I have a great team!

OK, now let’s have some fun in the Finals and get that ring!

Question: Anything else you’ve learned recently from watching sports?