My thoughts are with Ukraine 🇺🇦 right now. I cannot sleep. I cannot work. I’m Polish and I consider Ukrainians - my neighbors to the East - sisters and brothers. I’m frightened for them and for the entire Europe - seeing Russian leader, now a war criminal, Vladimir Putin - attack our neighbors. So tonight as I was brainstorming ideas how my small company Nozbe can help Ukraine, I’ve noticed I could turn my Apple Watch into a symbol that’s #UnitedWithUkraine. 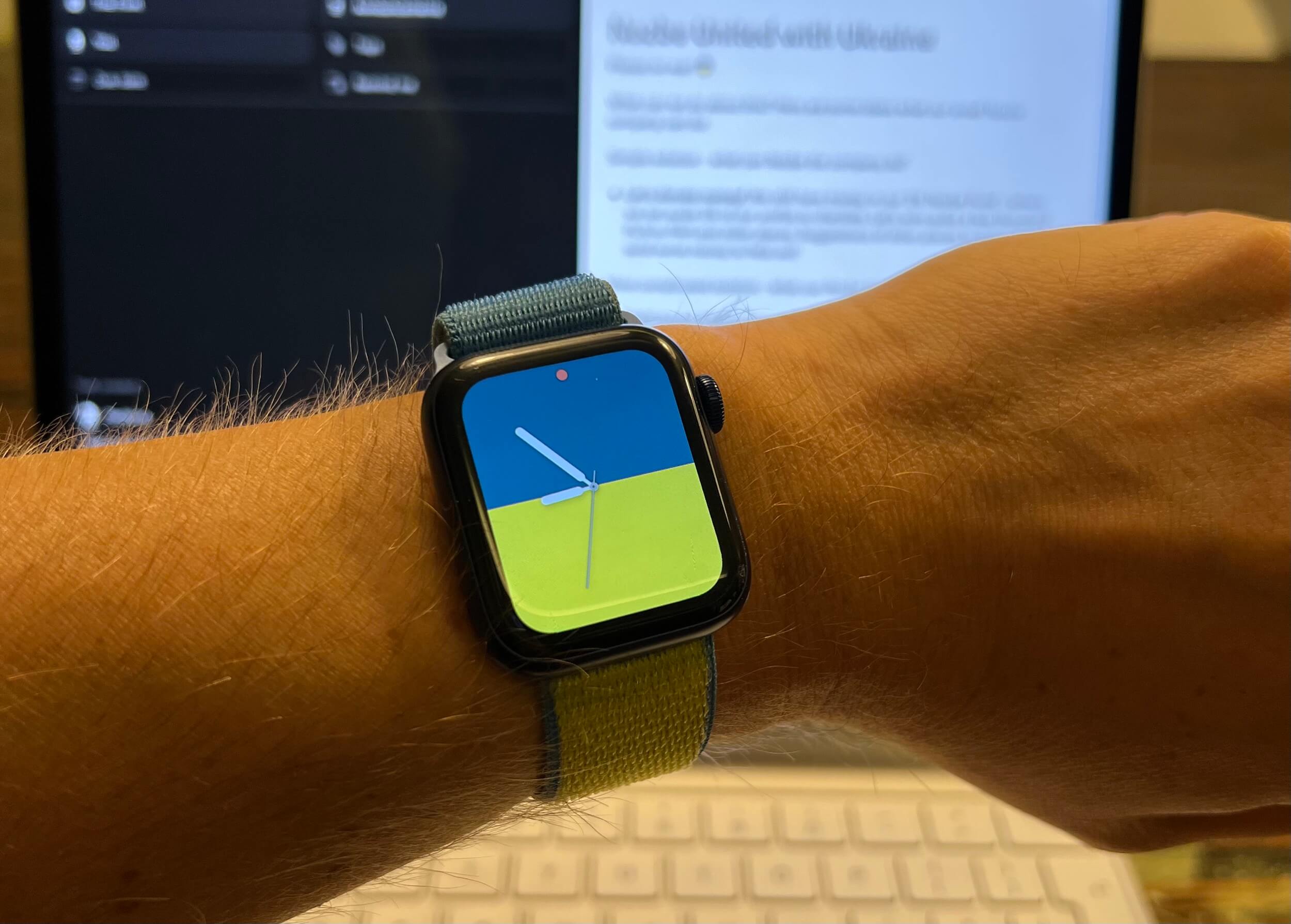 Last year as the Tokyo Olympics took place, Apple launched an International Collection for Apple Watch with 22 new Sport Loop bands with bold designs that represent 22 nations around the world. I decided to pick up the yellow and blue one that symbolizes Sweden 🇸🇪 just because I didn’t have any Sport Loop band anyway, and I liked the blue color. Turns out this band is perfect now to remind me to be United with Ukraine 🇺🇦 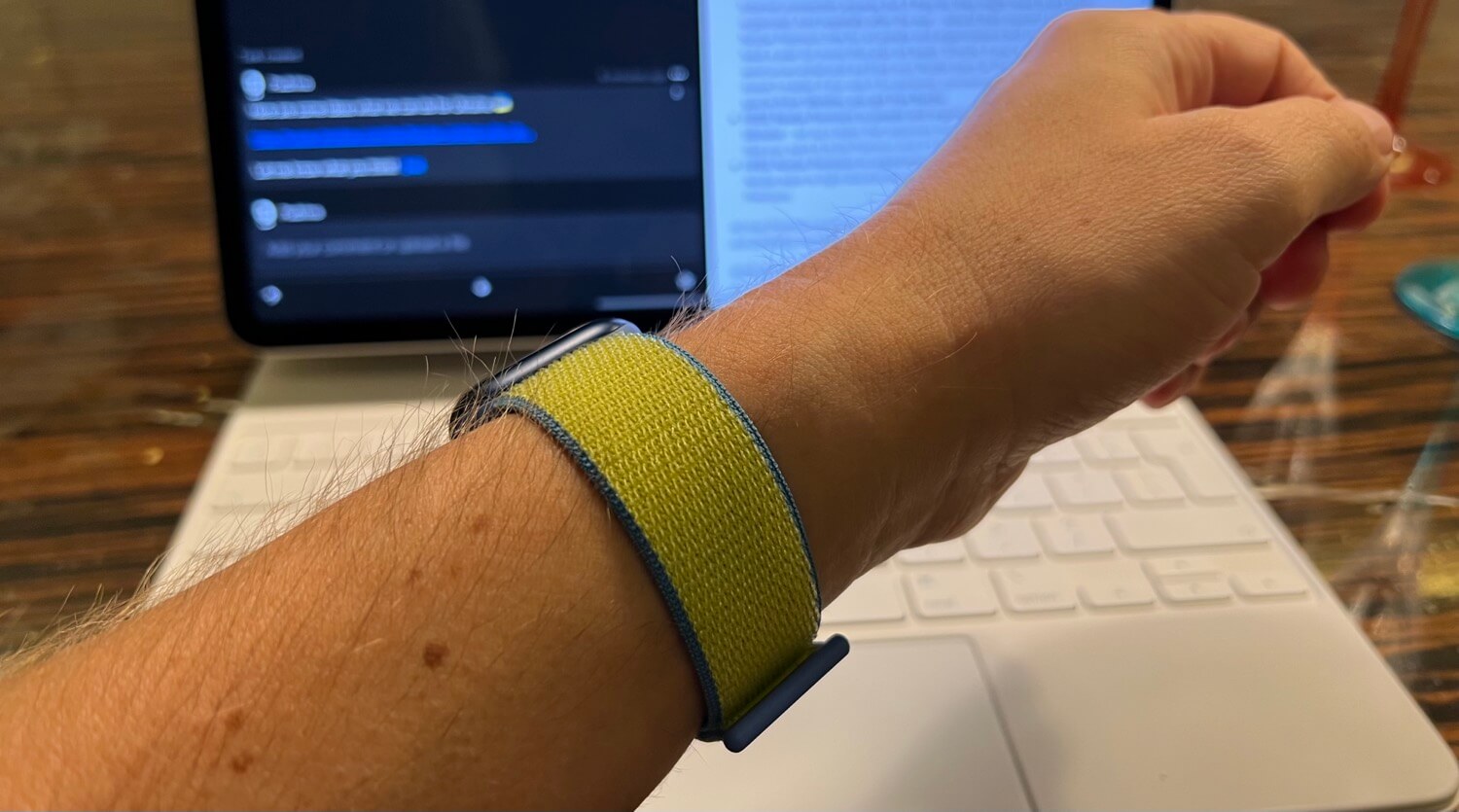 Alternatively, if you can’t get this limited-edition watch band, you can use blue and yellow sports fluoroelastomer bands like this: 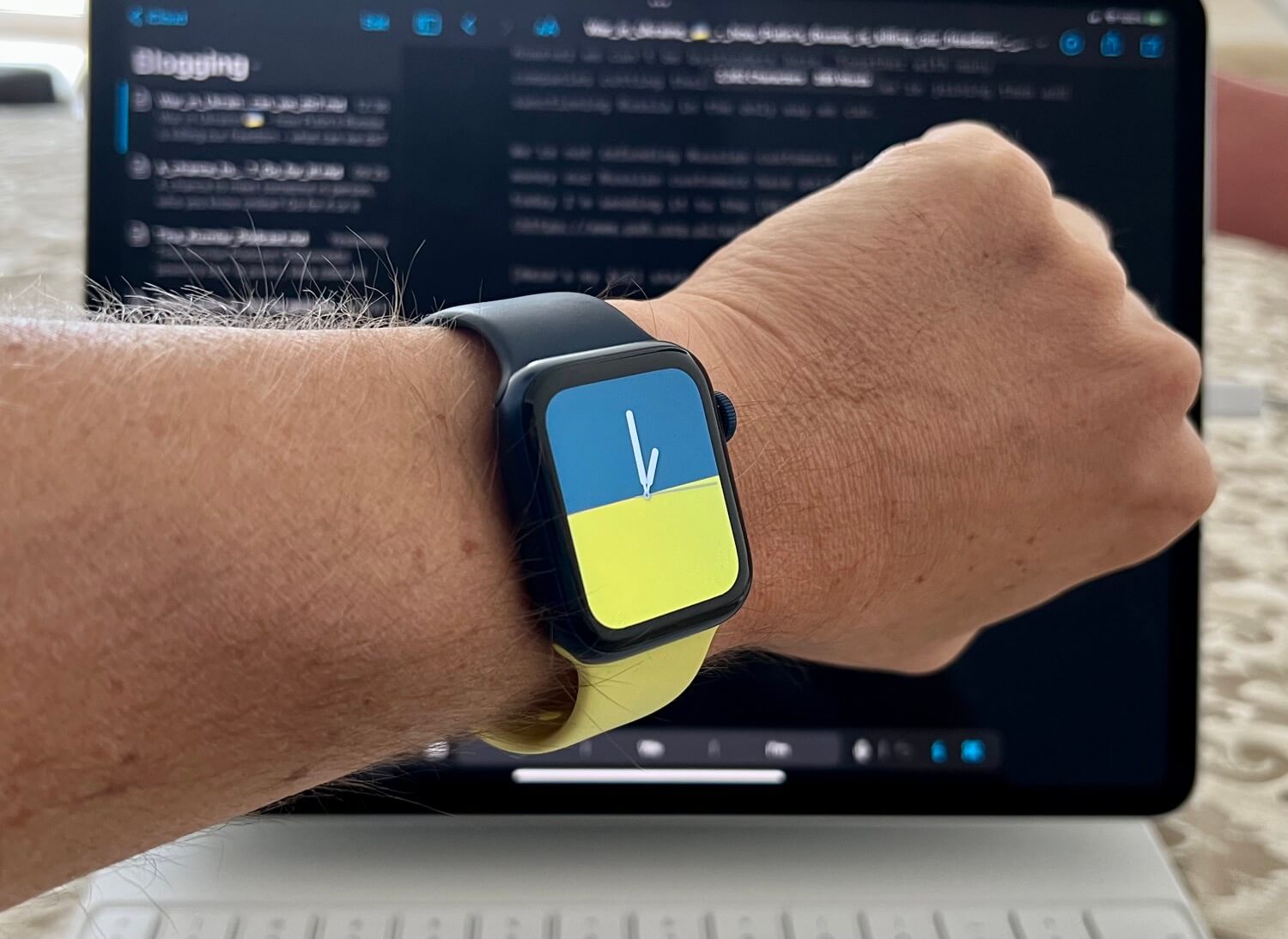 To get the watch face I used the code from a 9to5mac article and just opened the page on my iPad and then scanned the code with the iPhone and added the yellow-blue “Stripes” watch face to the Watch app. 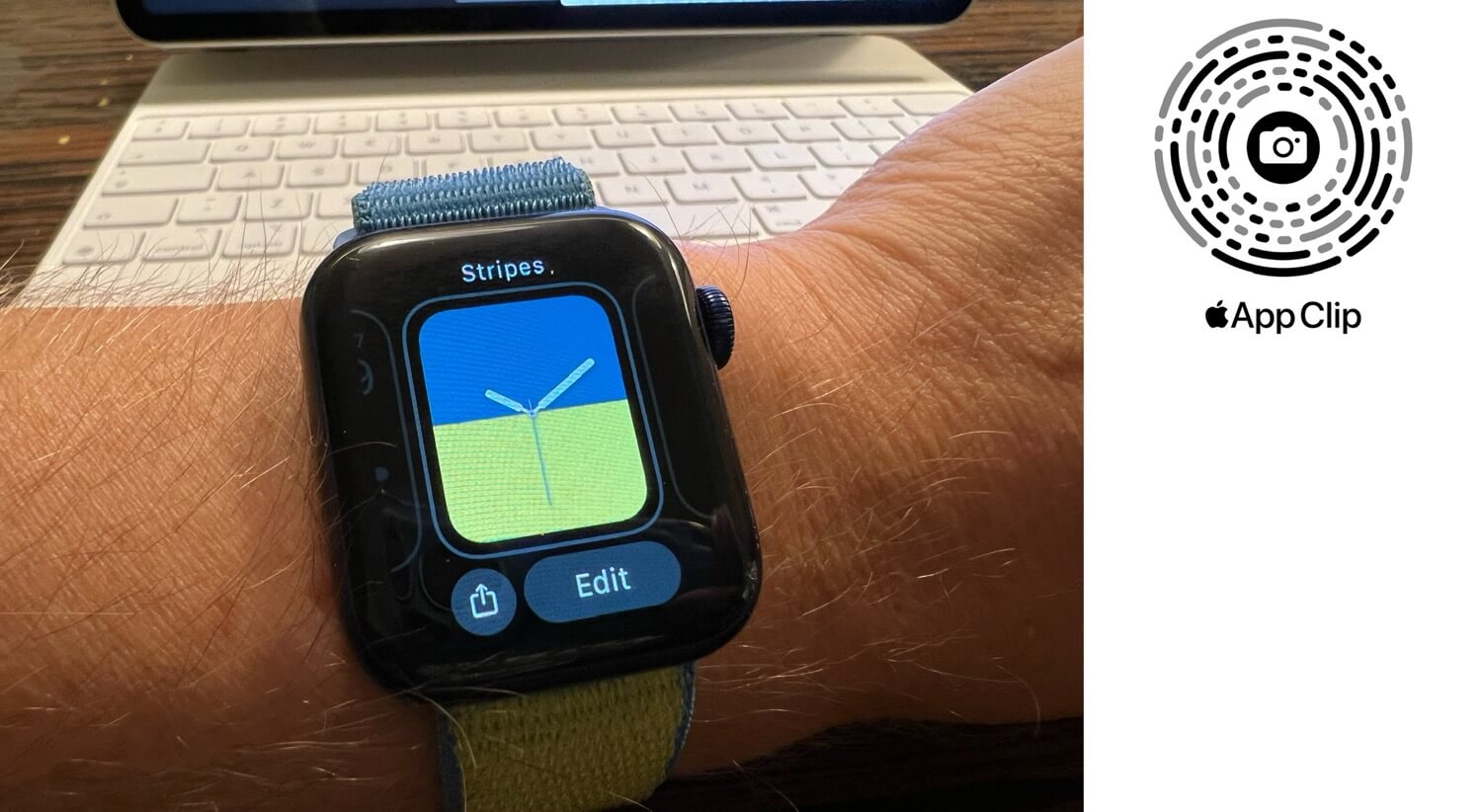 Turns out you can configure the watch face in such a way that the there are only two stripes and when manipulating the color you can add the appropriate yellow and then position it all horizontally. And you get the Ukrainian flag! 🇺🇦

I know this is a silly little blog post about a tech gadget, but I hope this small gesture reminds us all that war is bad and Russian leader Vladimir Putin is a war criminal and he had no business invading Ukraine!

There was no need for this war. Ukrainian people are free. It’s Russian people who are not free as they are ruled by a ruthless leader who doesn’t care about people’s lives.

I support my Ukrainian brothers and sisters as they not only fight for the freedom of their own country but also the entire European continent. That’s why I’m truly happy to see that lead by the Central-European countries, the rest of the world is taking action and rushing to help. Finally NATO and EU realized that playing nice with Putin is not sustainable.

I’m hoping that the outcome of all this will be the end of rule of Putin and both Russian and Ukrainian people will be free and will live next to each other as good neighbors. ✌️