A few years ago I got myself a glorious Porsche 911 GT3 RS Lego set for Christmas and I posted about it on my Instagram but never here on my blog. I’m a huge Lego fan and building physical objects out of these bricks is my way of doing something creative without looking at an iPad screen and relaxes me after a whole day of working on Nozbe. And gives me a chance to reconnect with friends. Here’s how I built my dream Porsche 911 GT3 RS out of Lego bricks back during the 2016/2017 Christmas season: 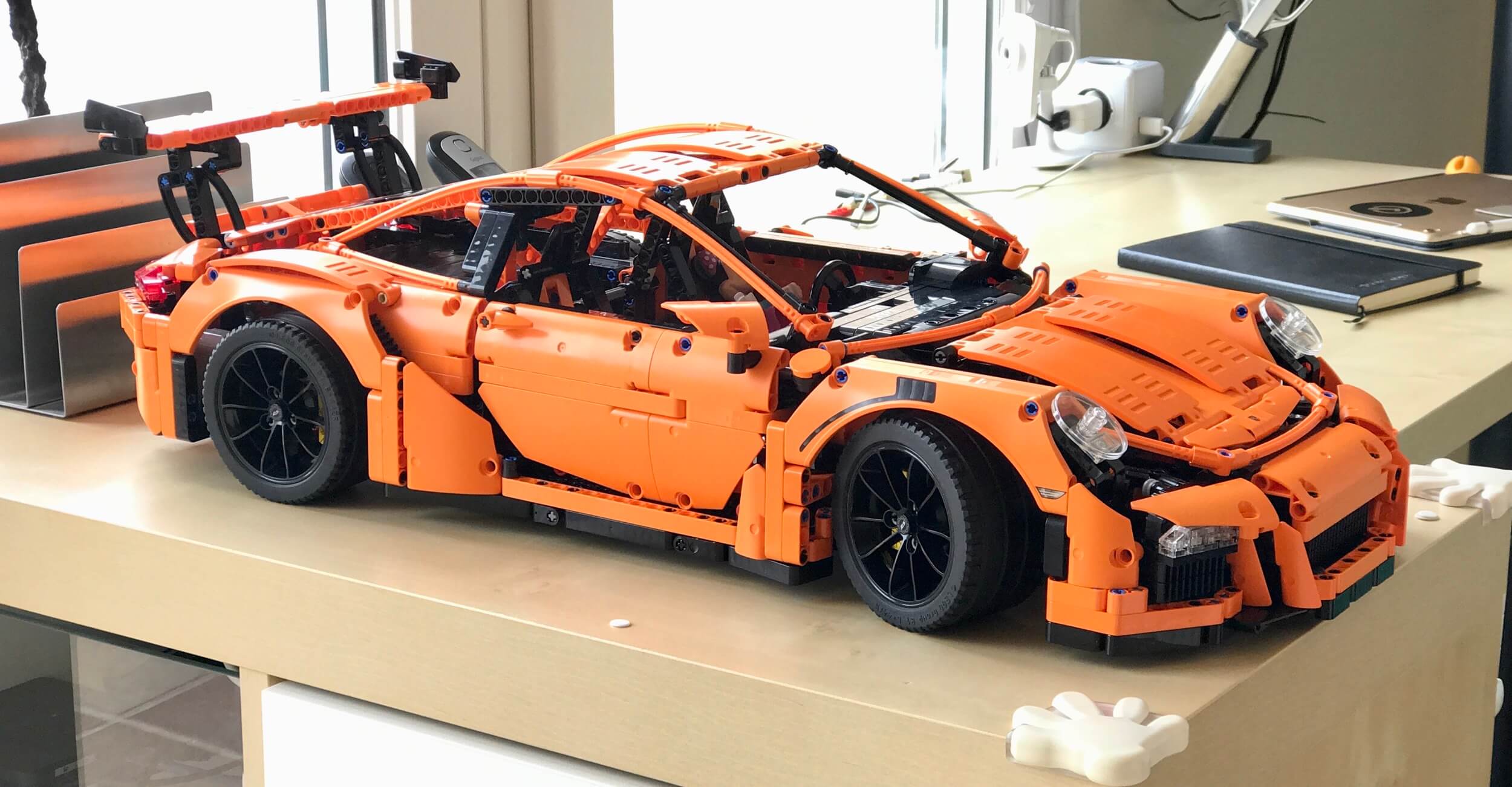 Step 1 - get all the Lego parts out and sort them!

When you have 2700 Lego pieces to assemble, it’s important to have several “buckets” or containers where you put these pieces to. This makes the whole endeavor much easier: 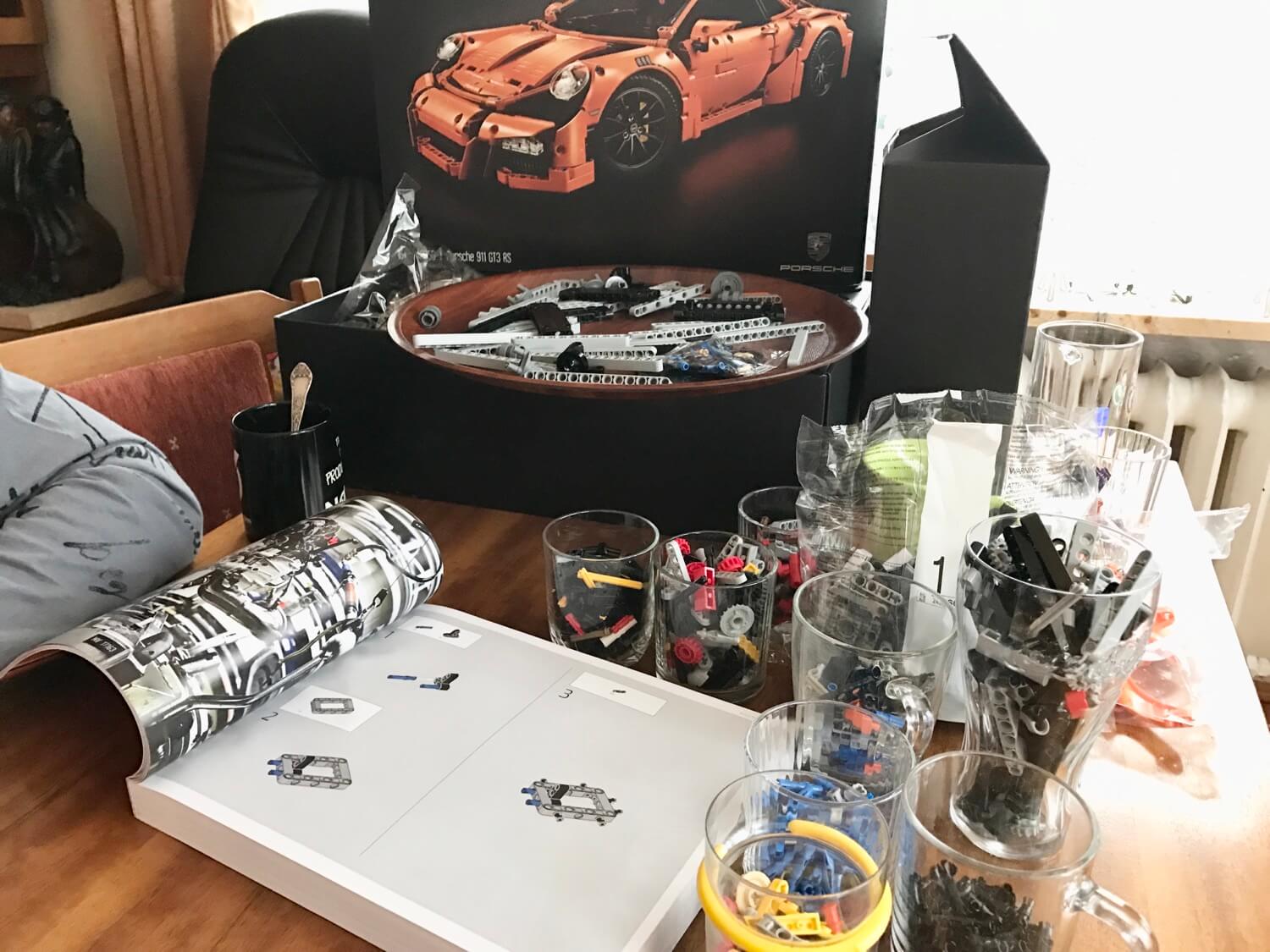 What’s interesting is that the Lego set has been designed in a very similar way as they assemble the real car. They explain it in the guide book. They prepare two parts of the chassis and later in the production they put one in the other. As you can see I have one part laying on the table and the other I fit right on top of it: 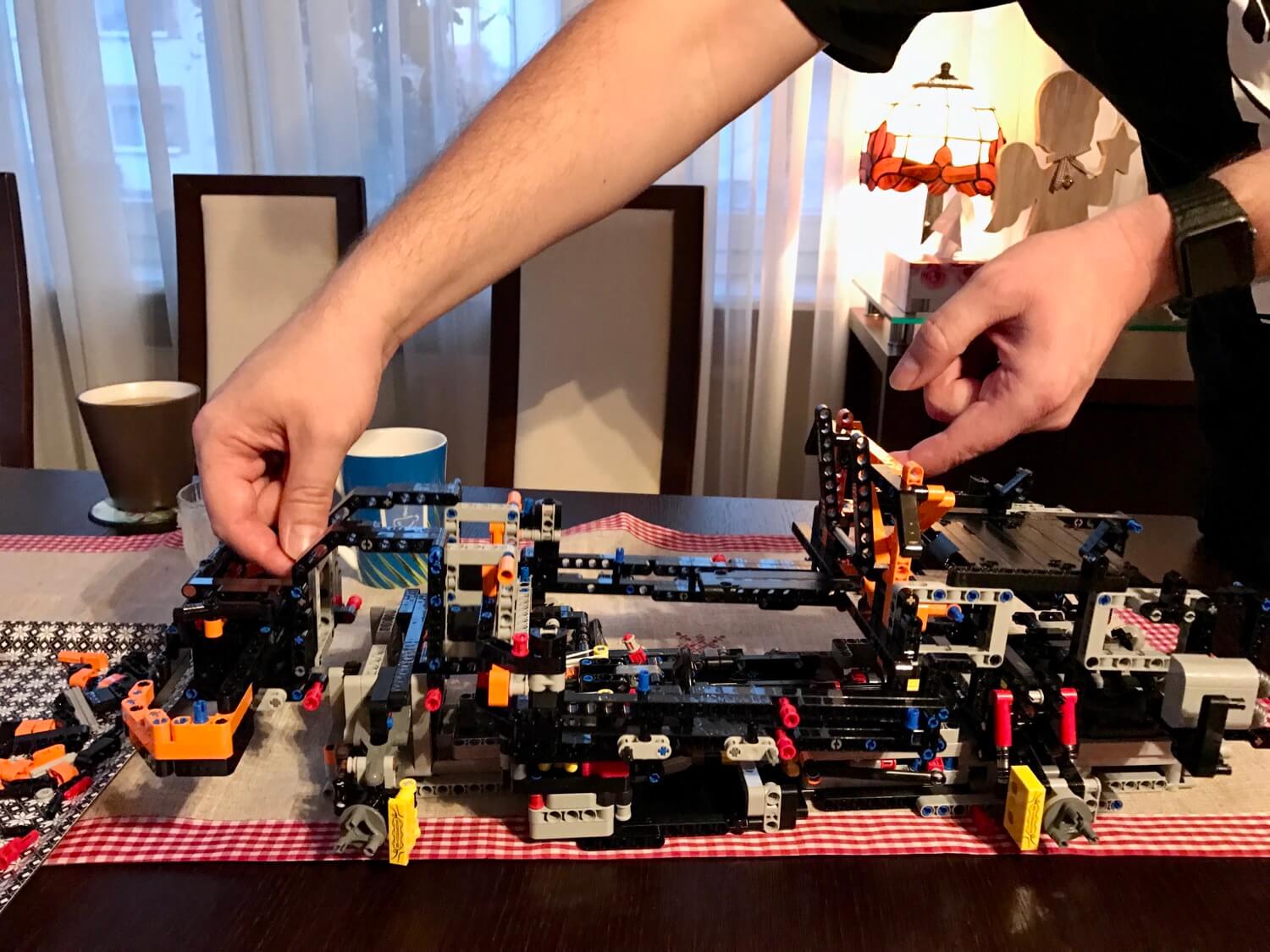 As both chassis pieces have been assembled together and all the other drive train parts have been completed, the car only misses the external orange body: 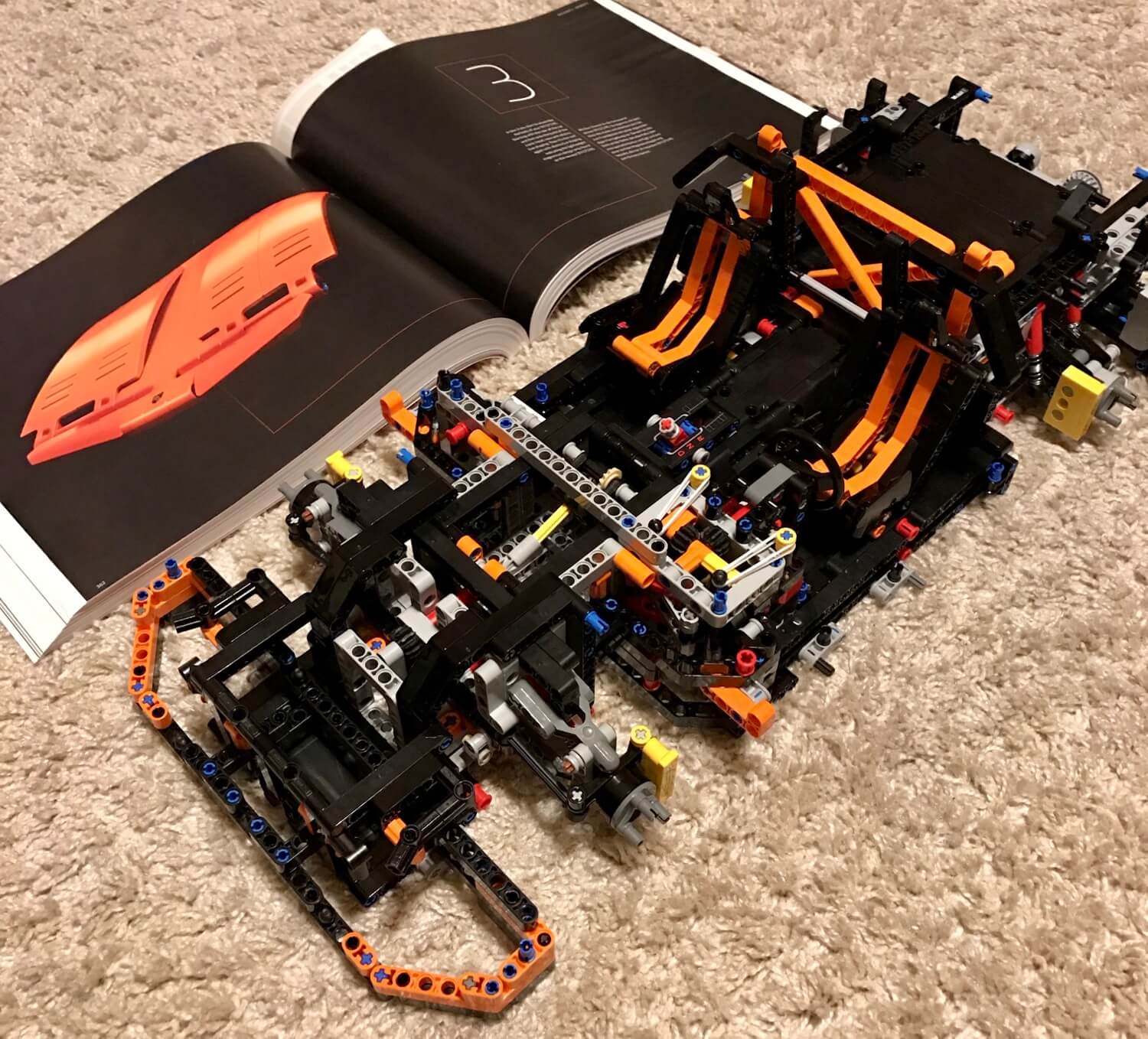 This is a huge car and there are lots of pieces, but the body of the car has been slowly and steadily taking a Porsche-like shape: 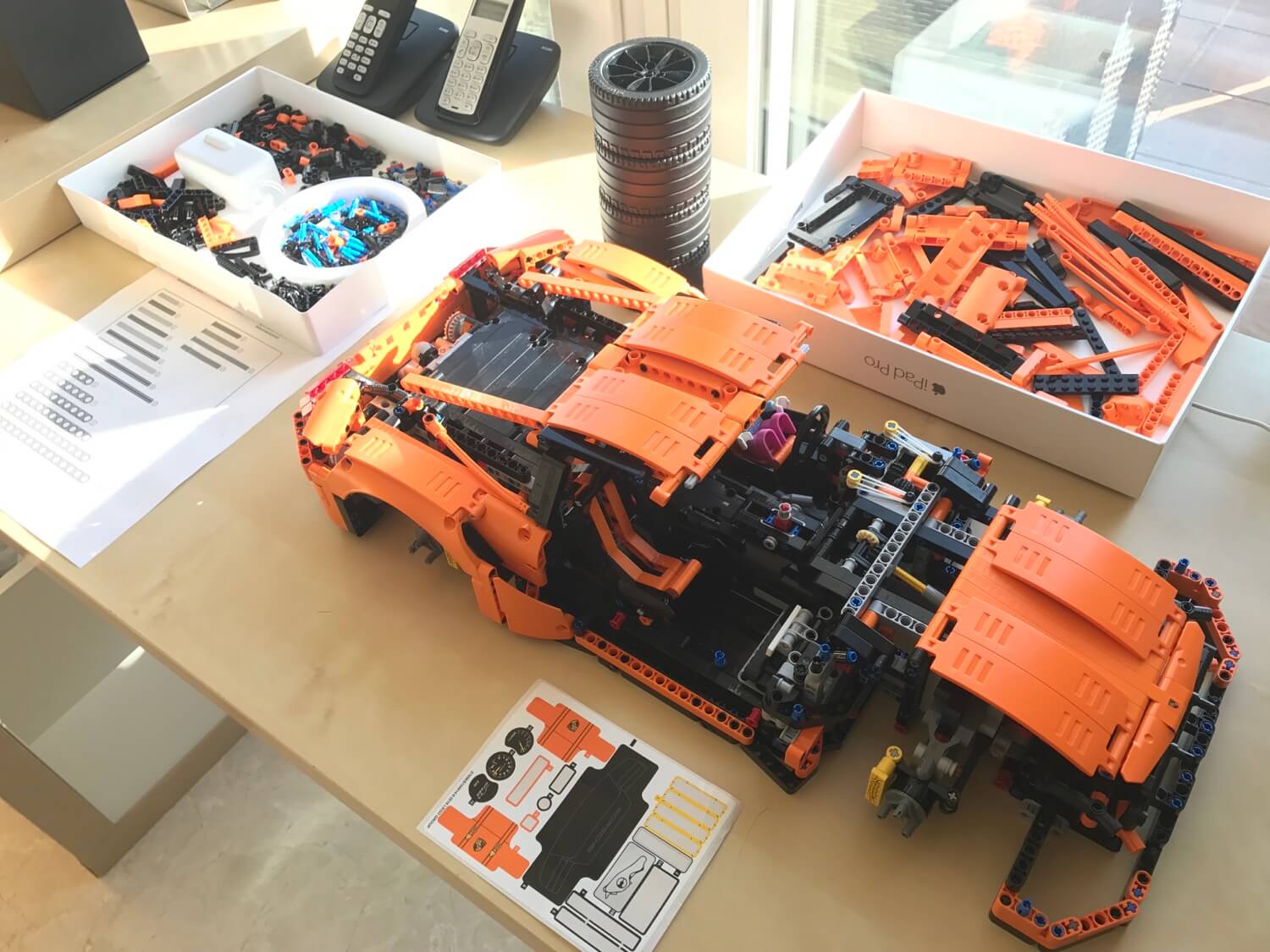 Step 5 - get some help! The kids are all right!

One of the cool aspects of this Lego-building experience is not only taking the time to build it in small steps, but also to ask others to join you in the process. The second part of the chassis in step 2 was actually built together with a good friend of mine. For the bodywork of the Porsche I invited my daughter and her friend to participate and they loved it: 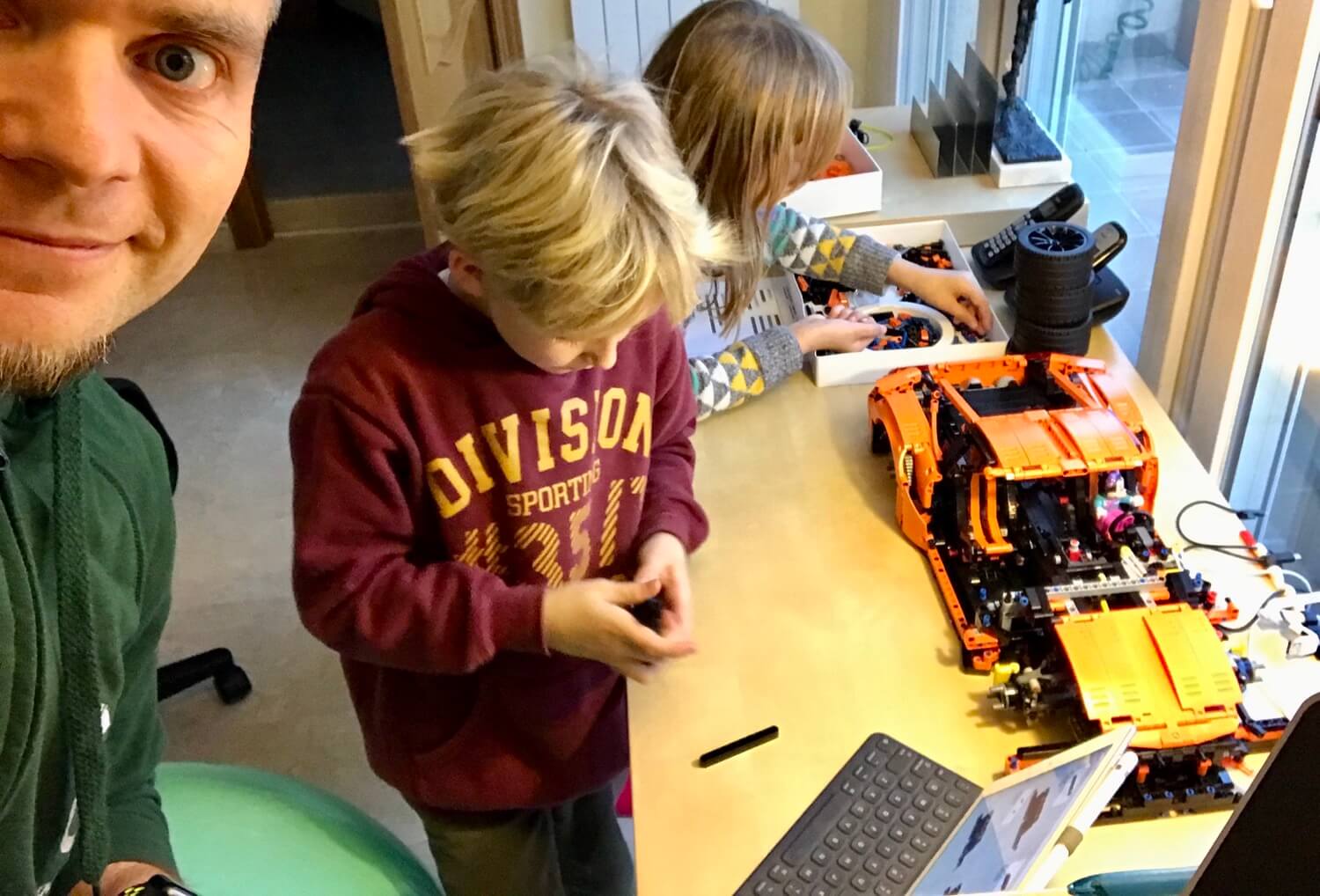 Step 6 - once the car is done, show off its cool features!

Once the car id complete, I took this photo of the front trunk open, the doors, the engine cover - and the Porsche looks majestic: 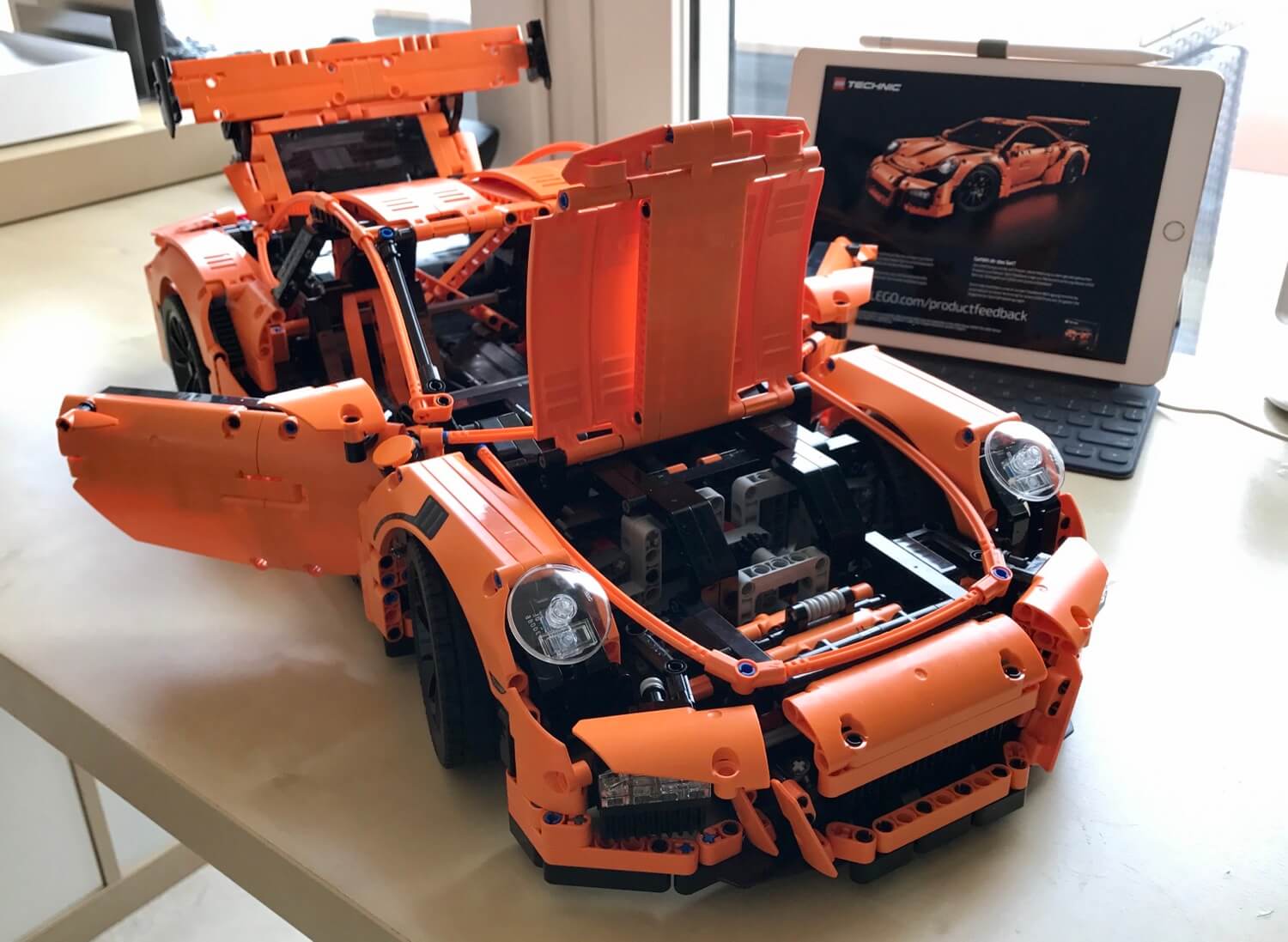 Step 7 - put the car in a nice place to exhibit it!

I’ve recently moved this beautiful Porsche out of its display and put it on the wall in my iPad corner right next to the McLaren F1 Car: 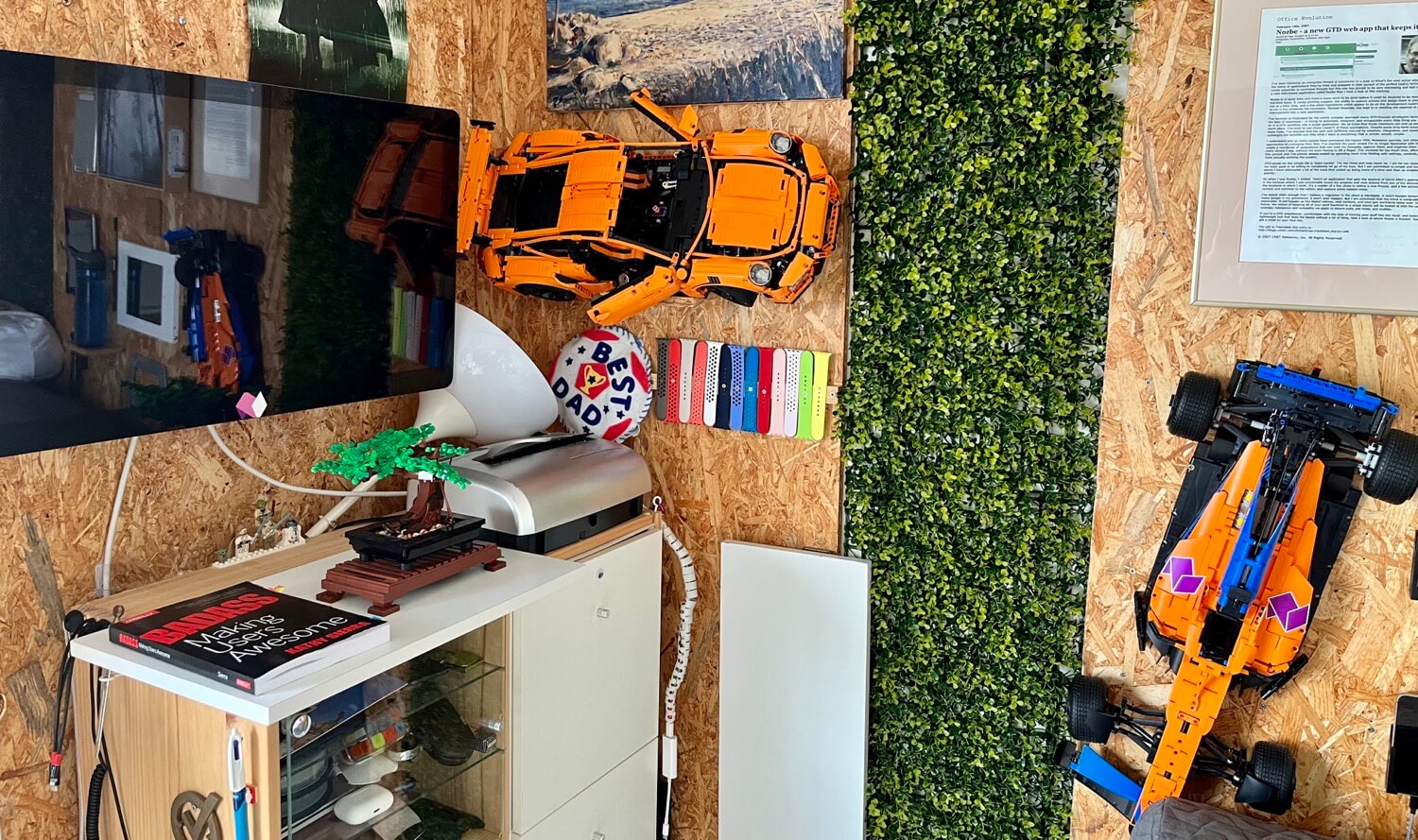 Conclusion - unleash a child within you!

I’ve played with Lego all my life and now I’m really enjoying this special time when I get to build some cool Lego sets. I’ve already posted about Lego baby Yoda, McLaren F1 car in more detail and I’ll be posting the process of building some other cool things out of Lego.