At the last keynote, Apple did not only show the new iPhones but also new iPads. It turns out that my Air 2 is still the best iPad in Apple’s offer but only in its weight category. All because Apple introduced its big brother: iPad PRO. Let’s explore today what is this new iPad all about, who it’s for and if I’m getting one: 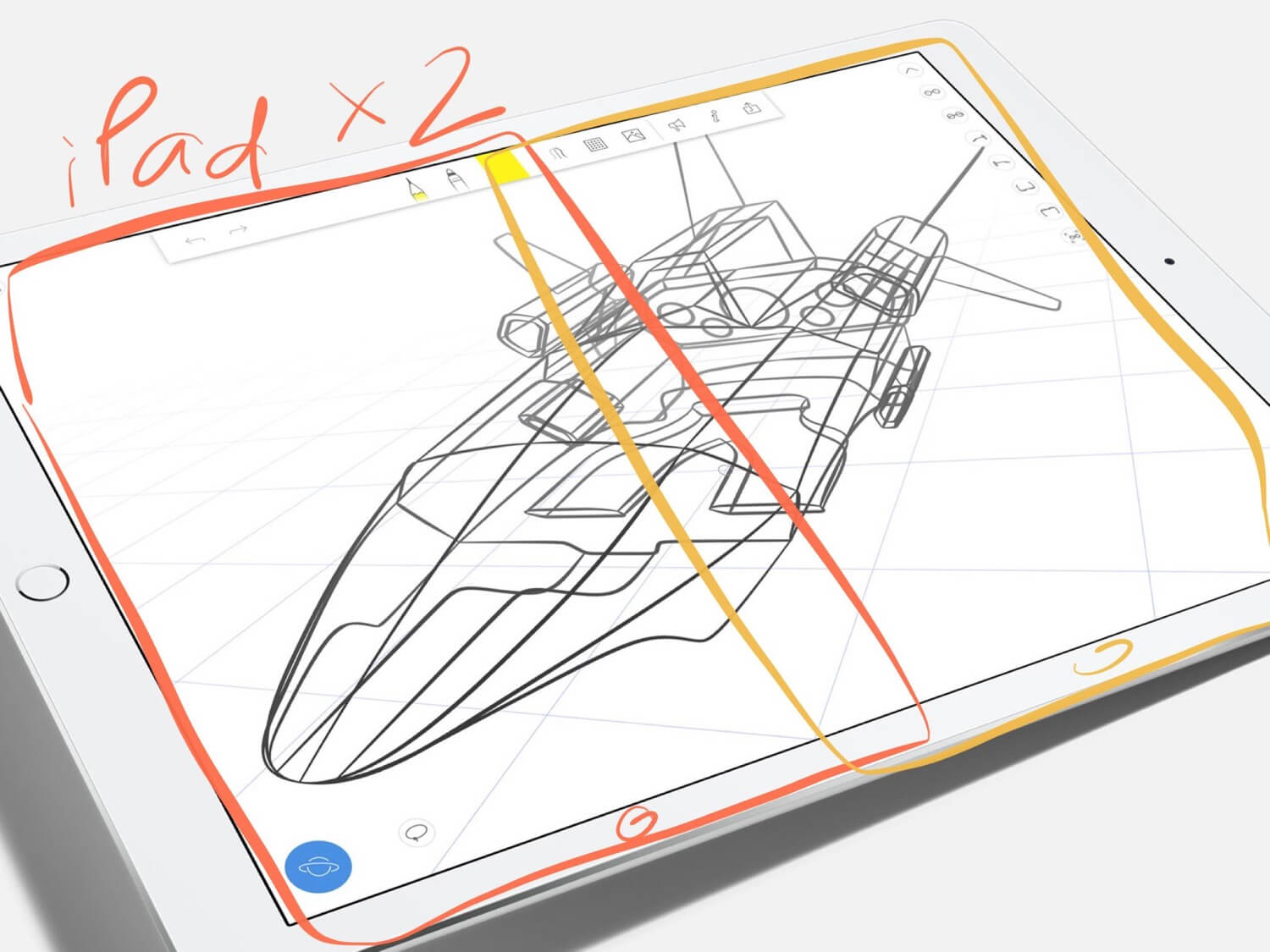 Note: The following article appeared first in the October’15 issue of iMagazine - the leading lifestyle magazine for Apple enthusiasts in Poland. I’m a regular contributor and write my monthly productivity column there.

What is iPad Pro?

For a start, iPad Pro will be really big. The rumors have been confirmed. It will have an almost 13-inch display and will weigh the same as the first iPad. In comparison to my Air 2 it will be gigantic… Especially for those who, like me, already became used to the ideal 10-inch display and feather-light weight - I can hold my current iPad easily with one hand.

But now on to some bigger (pun intended) questions:

Who is iPad Pro for?

As someone who works on the iPad, I’ve received a lot of questions whether I’ll be buying the new iPad Pro. Before I answer, let’s take a look at who the iPad Pro is really for.

Surely for artists. They’ll get the amazing Apple Pencil - a stylus for making precise drawings on the iPad. It will give them a tool that will be a digital equivalent of a piece of paper and a pencil - only better :-)

Who else? It’s hard to specify any other target group than artists. Although, the more I think about it, the more I’m starting to wonder if it won’t become the best “first” computer for the new generation of users.

Will it expand the group of iPad-only users?

iPad Pro will have a much larger display. This will definitely be a great advantage for people with bad eyesight. But not only. It will look less like a “toy” and more like a real computer. It also has additional features…

The new iPad will also allow running two apps side by side. This can be a decisive factor for users who find “only one app at a time” not enough. iPad Air 2 also has this function, but on the Pro we practically get two iPads on one screen. Now that’s a lot of space.

On my current iPad, I almost always work in vertical mode but thanks to split-view I may start to work in horizontal mode with two apps open at the same time. We’ll see.

On the one hand, a bigger display can have a very positive impact on the way I work. For now, Air 2’s 10-inch display is great but using the desk analogy: the more space, the better. Right now when I’m making drawings in Paper, creating mind maps in iThoughts or diagrams in Graffio, I’m lacking this additional space. With apps like these I really could do with a bigger display.

On the other hand, a device this size can be considerably less handy. It may be inconvenient to carry. It surely won’t fit my current iPad bag. I’m not concerned about the weight because I still have the first generation iPad at home and I don’t think it’s that heavy.

Is iPad Pro for me?

I don’t know, but I’m surely going to buy it and check it out. I’m curious whether the larger size will turn out to be a convenience or a difficulty.

I wonder how iPad Pro will do on the market and whether those skeptical about my “iPad-only” style of work will decide to buy the iPad Pro instead of the new Macbook.

In my opinion, the new iOS9 features and Apple Pencil make the iPad Pro a very interesting alternative for a regular computer.

Will it fare well on the market? I don’t know.

Will you buy it? I certainly am. Let me know in the comments below. I just can’t wait to play with it and try to replace my iPad Air 2 with this new beast from Apple.