Last week when the new iPad Pro launched I went for a trip to find my perfect future computer. I couldn’t decide, but an unexpected blast from the past finally managed to sway me one way and not the other. Here’s how it went down: 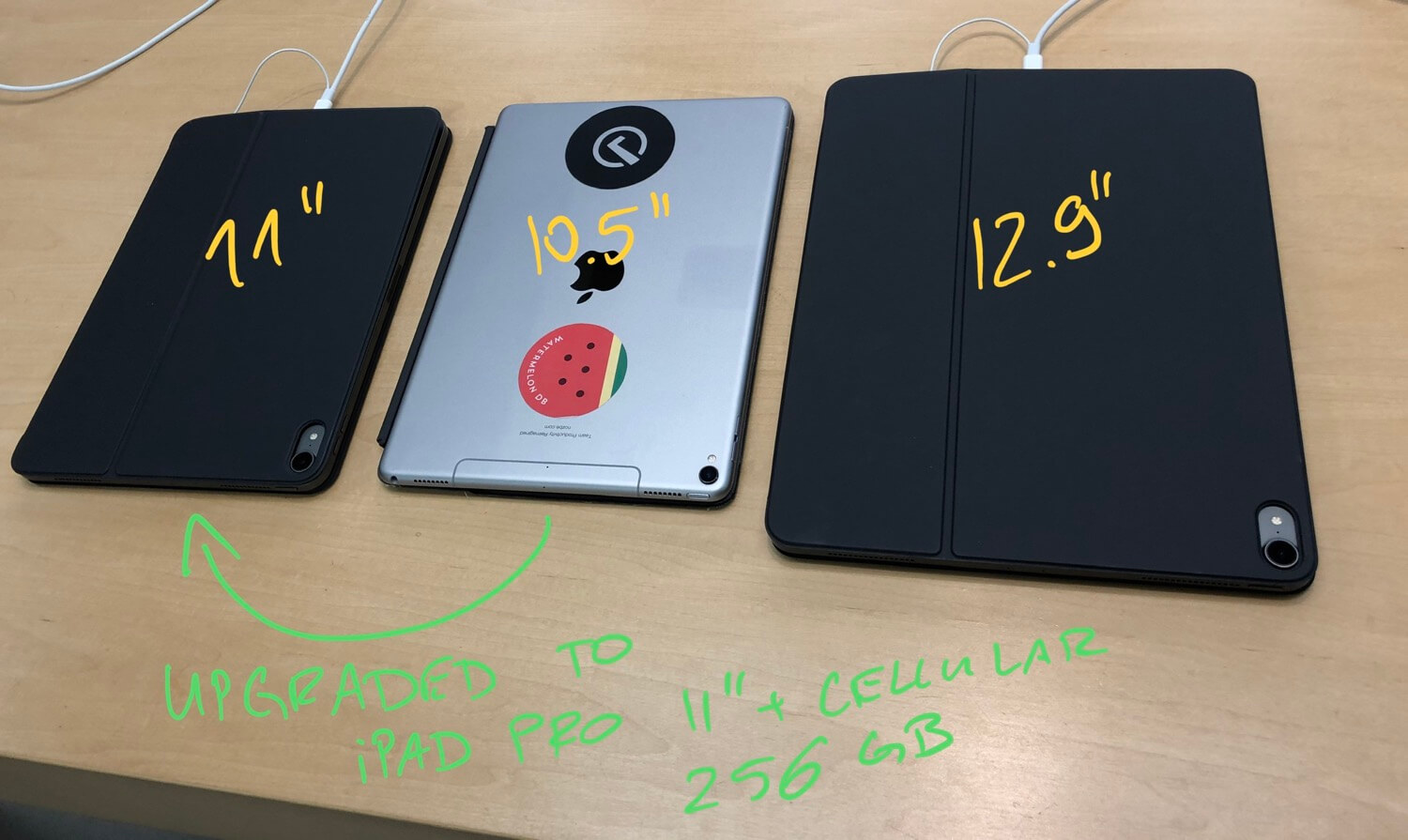 Why the smaller iPad Pro 11” is the best for me?

Last week on Wednesday when the new iPad Pro models launched I went to my local Apple Store to check them out. I wanted to really feel both models, the 11” and the 12.9” before placing a final order.

I set them all up on the desk and was working for like 3 hours on all 3 of them (yes, the Apple employees didn’t kick me out!) and couldn’t decide. I thought, I’m sure the big iPad will never fit in my bag, right? - but I was wrong, it barely fit in my iPad bag but it did fit… so what to do? Which iPad to choose?

The thing is, that with the new iPad Pros Apple did something really cool - they kept the smaller iPad form factor, but increased the screen from 10.5” to 11”… and with the bigger 12.9” iPad Pro they reduced the form factor but kept the screen size…

As I was struggling to decide and kept switching between all three iPads and didn’t know what to do, I had this nagging feeling that the bigger iPad, despite it’s smaller footprint, is still too big…

And it all made sense now - the smaller iPad just feels better for me. It’s more joyful, it’s more fun… and still is plenty big and of course powerful enough.

You hold your iPad closer to your eyes than a Mac

That’s the thing - when I keep the 11” screen size so close to me, it feels right. The 12.9” screen feels too big, has too much white space, feels just overwhelming.

So I went ahead and finally ordered the 11” iPad Pro, cellular version in silver with 256GB memory.

I would still go 11” if it was my only work machine, because it actually is my main computer :-)

And yes, I got asked on Twitter if I didn’t have a Mac, would I still get this one and the answer is yes - I would, it’s just a joy to use and still powerful enough to be a single computer - and there are days when I don’t use my Mac at all… and I’m completely not bothered by the relatively small iPad screen. I love it.

P.S. Looks like it’s good to revisit my old articles about iPadOnly on this blog - some things are as true now, as they were years ago.