In Europe we call it football. In the USA they call it soccer. Well, I am a football fan and I’m always anxious about each new tournament like European Cup (two years ago - Spain won it) and World Cup which takes place in South Africa this year. But it’s boring this year. Everyone is defending and nobody is shooting goals. 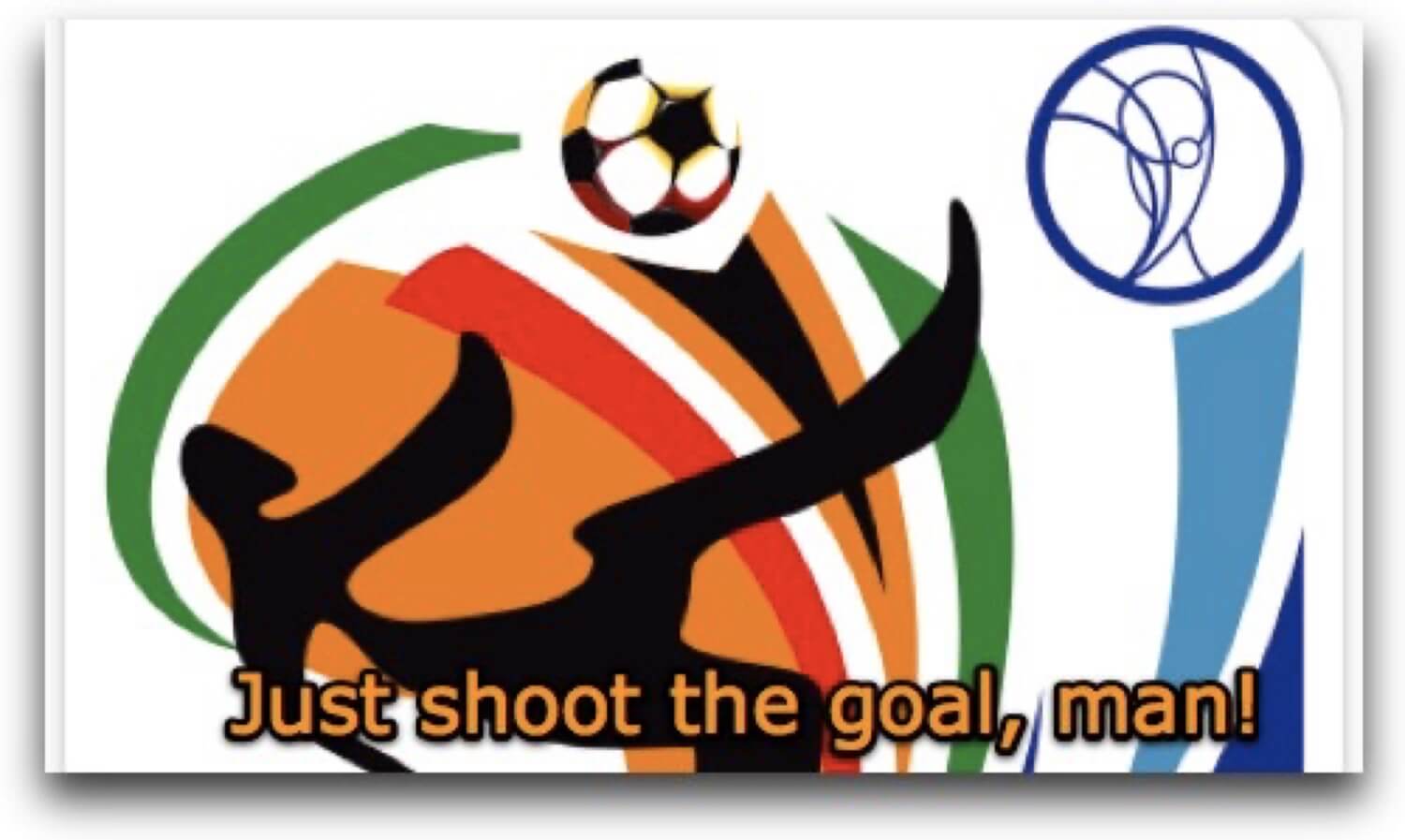 I mean, come on! You’re playing 90 minutes and you’re supposed to be the best football teams in the world and that’s all you’ve got?! Seriously. Not even 2 goals per game?

Everyone’s is defending… and when they lose, they don’t put the blame on the lack of offense

It seams like every team travelled to South Africa to defend themselves. Believe me, like in basketball or any other team sport for that matter, defense is not what inspires people. Defense is not what “makes the crowds go wild”. Defense is boring… and in the long run, it’s not effective. To win, you need to score goals.

Don’t get me wrong, you should know how to defend and do it really well, but it’s on the offense where you win games and offense is what the game is really about.

England tied 1:1 with the USA and they blamed the goal-keeper.

Yes, the goal-keeper made a mistake. That’s true. Everyone saw it. But how many goals did England score? Just one… and they wanted to get away with it. They thought it was enough. Had they scored 2-3 goals, the goal-keepers mistake wouldn’t matter. Yet they didn’t. The only one they should blame now is their lack of effectiveness in scoring goals. Not the goal-keeper. It’s just one man… and they have 11 Englishmen playing on the field.

Spain just lost 0:1 to Switzerland… and they say they didn’t deserve it.

Well they did. They just scored 6 goals against my country and now they couldn’t handle Swiss guys? Really? They just didn’t push enough. They wanted to get away with a lousy goal and move on… yet they over-calculated and lost it. They should have pushed harder.

As in sports, as in life or business you need to push… and not look for someone to lay the blame

With my Nozbe web app I have competitors emerging every month. There is new productivity app being created all of the time… and yet I’m more than three years in business and enjoying a very healthy growth, even with a significant market recession in between… because me and my team, we’re pushing it. Each month I know how much I pushed it and how much I didn’t. And I can only blame myself if I don’t push hard enough. This is why i’m enjoying this time in my business right now. After a successful iPhone app we’re waiting for the iPad app for approval, we’ll be rolling out international versions of Nozbe this summer… we’re getting the new Productive Magazine out the door soon, new apps, new sites …and there is more in the pipeline.

I’m pushing it, because I love what I do. I love improving people’s productivity every day. And this is what inspires my, my team and my customers.

Someone once said: If you’re not doing a step forward, you’re actually doing two steps backwards.

Are you pushing it? Are you in the offense, or in the defense, blaming the other guy for the failures?