A few weeks ago I finished reading the famous biography of Steve Jobs - the official one written by Walter Isaacson. Although there is some controversy regarding this book (like that the author did not dig deep enough or did not understand our tech community) but I still think it’s worth the read to get some insights as to how Steve worked and lived. 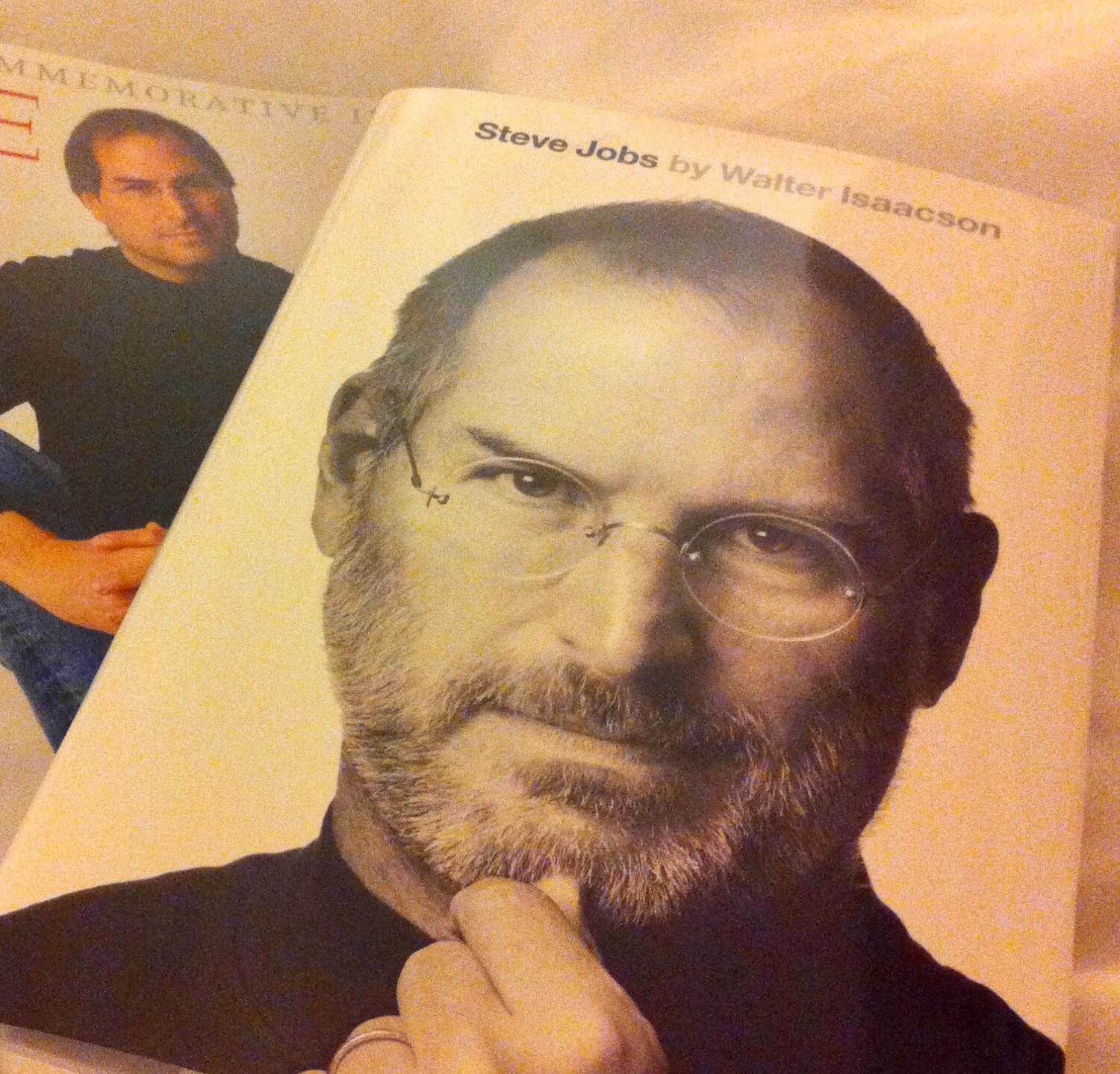 Get this book on: Audible Amazon

Some gems from the book - a food for thought:

“The same was true of products, ideas, even food: Something was either “the best thing ever”, or it was shitty, brain-dead, inedible.”

“The finish on a piece of metal, the curve of the head of a screw, the shade of blue on a box, the intuitiveness of a navigation screen - he would declare them to “completely suck” until the moment when he suddenly pronounced them “absolutely perfect”.”

“Simplicity isn’t just a visual style. It’s not just minimalism or the absence of clutter. It involves digging through the depth of the complexity. To be truly simple, you have to go really deep.”

Apart from the quotes above, here are my additional thoughts on Steve and the book:

When Steve was clearly wrong…

So, Steve was a genius but he wasn’t always right. He didn’t want to launch iPod mini as he didn’t understand why anyone would buy it ($50 bucks cheaper than the iPod and significantly smaller file storage) - but he gave in as his peers pressed on and when it launched, it out-sold the original iPod. He resisted the notion of “apps” on the iPhone. He didn’t want people messing with his perfect phone that’s why he pushed web-apps so much. He gave in and the App Store is what makes the iPhone, the iPhone. (and iPad, too).

What’s interesting about it is that even though he didn’t want something to happen, when he gave in, they did it the best way they could. Once he decided “yes” it was an “all-the-way yes”. That’s why when they shipped apps to the iPhone, it was a complete solution with the App Store, submission process, full SDK, the whole thing. Not some half-assed solution. That’s what makes Apple, Apple. And that’s what made Steve, Steve.

Steve had a great wife, three kids, plus a daughter from his earlier relationship. But because he was so dedicated to the company and to building the amazing products and he wanted to be on top of everything… he neglected the family quite a lot. After his liver transplant, his family was hoping he’d spend more time with them… but when he got better, he went straight to work. I also heard rumors that even on his last day alive he was still talking to Tim Cook about future Apple products.

While I applaud his passion, I don’t think live has to be so binary here - you don’t either create great products or you spend time with your family. I think Steve’s character didn’t allow him to let go. He chose to be working all the time but he didn’t have to. He built a great team and could dedicate some time to the ones that loved him so much. Anyway, that is one of the things I will not take from Steve - I love working on Nozbe. But I also love my family. And am not choosing between the two - I’m trying to build my discipline to be able to both work and spend time with my loved ones.

Criticism of the book by John Siracusa

In the Hypercritical podcast episodes “The Wrong Guy” and “The Scorpion and the Frog” John Siracusa raises some of his criticism of the author of the biography and I must admit I agree with many of the points he raised there. Go listen to John and draw your own opinions. Either way, this book is worth the read and although it’s pretty thick, I encourage you to do so.

And now the last quote from the end of the book:

_“(Steve) admitted that, as he faced death, he might be overestimating the odds out of a desire to believe in the afterlife. “I like to think that something survives after you die,” he said. “It’s strange to think that you accumulate all this experience, and maybe a little wisdom, and it just goes away. So I really want to believe that something survives, that maybe your consciousness endures”. _

He felt silent for a very long time. “But on the other hand, perhaps it’s like an on-off switch”, he said. “Click! And you’re gone”.

Then he paused again and smiled slightly. “Maybe that’s why I never liked to put on-off switches on Apple devices”.