Last week I had an unusual (for me) series of meetings - both online and offline, as well as a long list of scheduled business calls. I was on time for all of them. For a person, who’s known for being “always late” that’s a great achievement… and I want to keep it up. It may sound strange for you, but being organized doesn’t mean you’re not showing up late… read on: 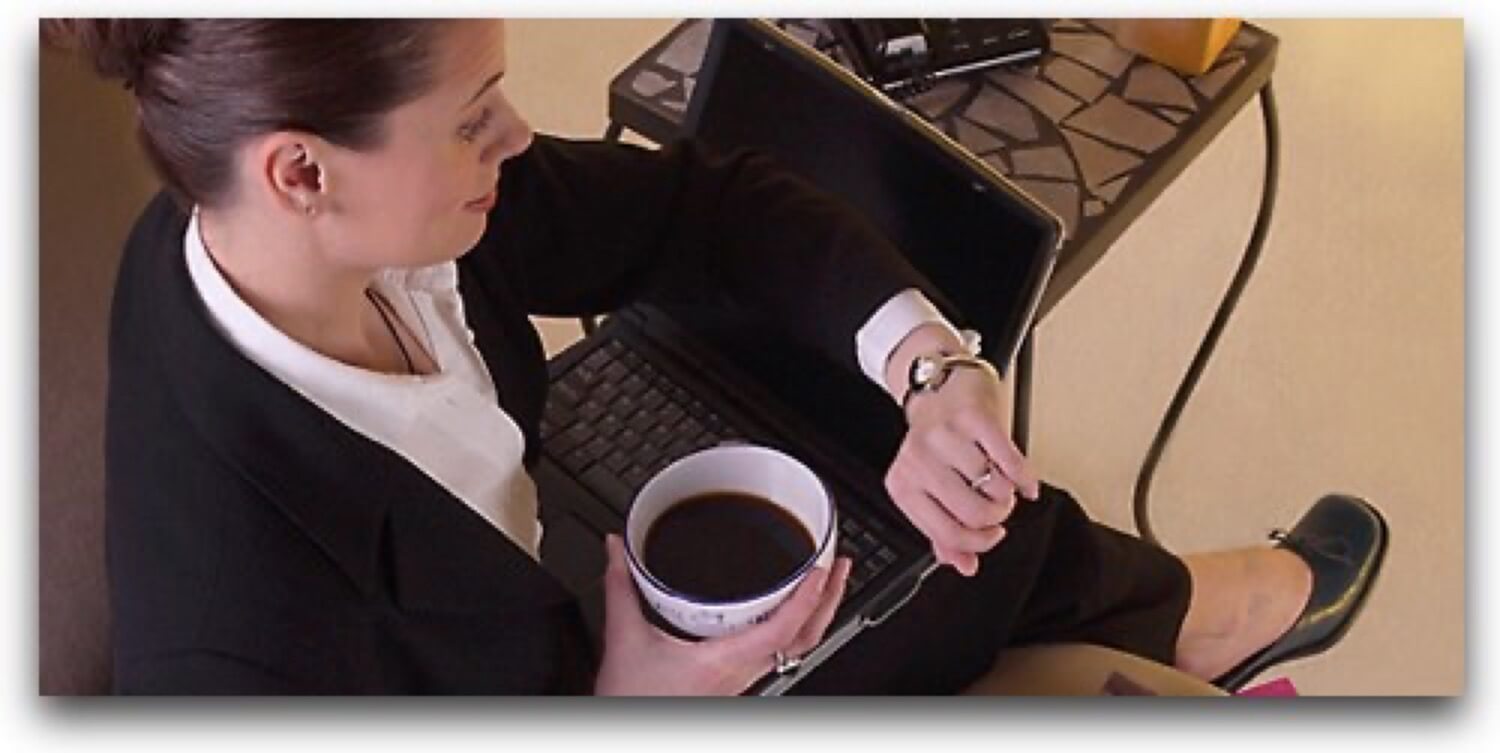 Being organized has nothing to do with being on time. Not for me anyway.

I read the GTD book 6 years ago for the first time (and since then re-read it like 10 times total in English, Polish, Spanish, German and audio….), I’ve been running Nozbe for 4 years now and editing Productive! Magazine for 2 years as well… and I can say that I’ve learned a lot about being productive. I’m an early riser most of the days, I have my email inbox at zero most days, too… and I do a weekly review at least once every two weeks now, not bad :-)

Showing up late has a lot to do with optimism… and I’m a very optimistic person!

But I’ve always been late for stuff. It runs in the family, my dad is like this and I’m the same. You see, I’m very optimistic and I always think I can squeeze one more action to do quickly before I leave for a meeting… and being a well organized person, I can quickly pick a task to do right before I leave… and then I run like crazy to make it for the meeting… and I’m usually late.

The problem is, when I arrive late, I feel bad for the person waiting for me, for myself… I’m frustrated… and was the extra task I did before leaving worth it. Of course not… but being optimistic as I am… I’ll repeat the pattern again next time. Vicious circle.

What it means for others when you’re late… it means you don’t respect other people. Sad but true.

Zig Ziglar quotes in his podcast episode called “the power of self-talk” quotes a friend who also had a problem of being on time:

…. whenever I was late what I was saying to the person I was meeting with (without saying it) was: “My time is very important. Your time is not worth much, because you’re not worth much. So you go ahead and wait for me and I’ll get there at my convenience.”… and when I realized that I made a commitment no to be late again for anything…. and in the next three years I was never late for anything… and it improved the relationships I had with my wife, my family, my co-workers, my customers… everyone. Just this one thing of being on time….

When I heard that, it struck me. It’s now or never. It’s time to change and not to be late anymore. It’s time to be on time. I don’t want to broadcast a message to people that my time is more important than theirs. I never believed that… but apparently I was spreading this message. That’s bad. That’s not me. That’s not a person I want to be.

How to change that? How to suddenly be on time for stuff? Here are some things I discovered that might be very obvious for you… but that weren’t obvious for me at all:

Secret no. 1 - aim at least a quarter before the deadline

That’s it. Nobody never told me that. So when I had a meeting at 6 pm, I was optimistically aiming at 6pm…. and there’s always been a traffic jam, some problem with a car, public transportation, something else unplanned… and I arrived late.

The last three days I aimed 15 minutes before. When I had a meeting at 6, I was aiming at 5:45… and usually I was there around 5:50… so I was around 10 minutes BEFORE the deadline… instead of being 5 minutes late… wow, feels great!

Secret no. 2 - waiting for someone is not unproductive. Not with an iPhone.

Remember I always wanted to squeeze this last action before leaving for the meeting to make sure I use the time most effectively? Well, even if I arrive 15 or 10 minutes before the meeting, my “waiting time” is not wasted. I can just pull out my iPhone and catch up on RSS news, answer a few emails or process my email inbox to zero, listen to podcasts, listen to audiobooks, browse the web… my time is never wasted when I have my iPhone (or any smartphone for that matter) with me. I don’t even need my laptop (just like I presented this in my Productive! Show episode from London)

Secret no. 3 - excuses don’t affect you and you don’t depend on them

As I was aiming at the exact meeting time any problem like traffic, re-scheduled train, etc. decided on me being on time or not. I wasn’t depending on myself, I was depending on everything running smoothly… and things never run smoothly. Life is life. Of course I had these perfect excuses then… but what I found out is that people don’t care about your excuses - they just see you’re not being on time and that you don’t respect them.

Secret no. 4 - it’s very rewarding to be on time - people love it

When you arrive on time, you don’t start off a conversation by saying: “I’m sorry I was late…” - you start it off by saying: “Hi, how are you? What’s up”…. and it’s definitely a better way to start a conversation. It improves the outcome of the meeting and impacts your relationships with people positively. It’s great for both parties. And if they are late - you don’t mind, ‘cos you were just catching up with stuff on your iPhone anyway :-)

That’s right, There is still a long way for me to go. But I’ve made a new policy for 2011 for me: “I’m never late. Never. Period” and now I need to stick to it and I will not accept any excuses. It’s going to be a tough journey but I believe I can change and become an “on-time” person this year.

I’m running a company with 11 people on board. I have a family that depends on me. I work with outside freelancers and other great people. To make sure these relationships work great, I need to make this extra effort and be on time for them. All of the time.

Are you with me?