It’s time to revive the book corner on my blog and post notes from the books I’m reading currently. Even though I have been reading around 30 books per year on average, I stopped updating the list and posting my notes. It’s time to get back to it. I regret not doing that for the past many years of this blog so this is my redemptive action - I’m starting with my review of the Power of Regret by Daniel Pink: 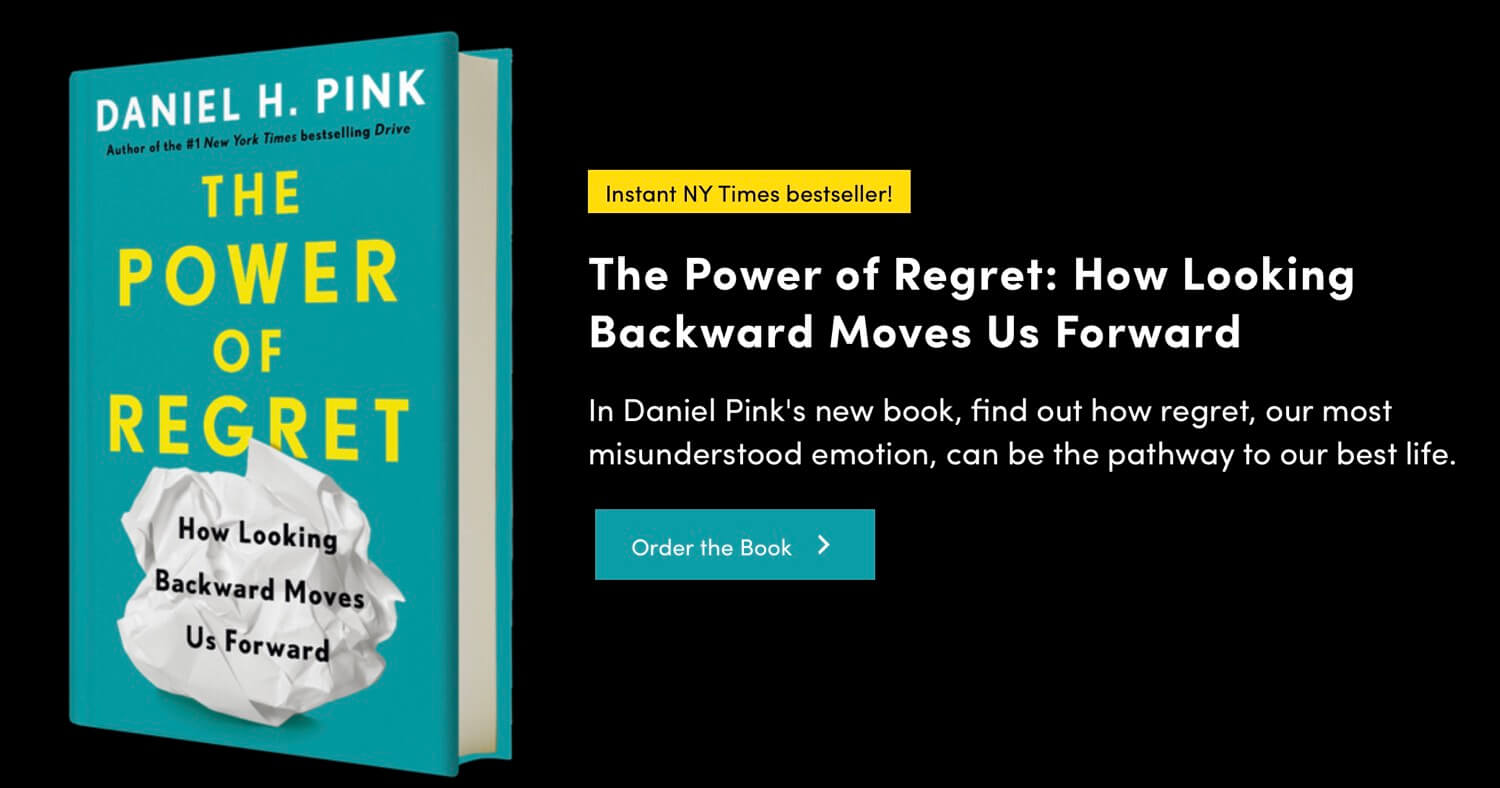 Get this book on: Audible or Amazon

Book review of “The Power of Regret: How Looking Backward Moves Us Forward” by Daniel Pink

I’ve seen Dan Pink speak on GTD Summit three years ago and I was impressed with him, especially reading his previous book on motivation, Drive, which I plan to review in the future on this blog. The final push to read this book came from Dan’s interview on the What’s Essential Podcast.

The book resonated with me on many levels as I’m this guy who screws up a lot and then immediately proceeds to learning from the mistakes.

I don’t dwell. I learn and move forward. That’s what this book is all about!

People who try to live by saying no regrets are delusional - we all have regrets because we all do something stupid from time to time. The author is trying to convince us to own the mistake and make it a starting point for a redemption story instead of making ourselves miserable with a contamination story.

The regrets can run deep. Even though we’ve learned from them and improved, the regret may still remain with us as regret residue which can either haunt us or motivate us to get even better.

Regrets can help us change the story we tell ourselves about… ourselves!

According to the author’s “Regret Survey” there are four types of regrets that can be identified:

Foundation regret is all about the failure to plan ahead and do the work to build the foundation for our lives.

If only I’d done the work…

Or asking yourself this on regular basis:

I wish I’d taken care of my health, advanced my career, increased my savings…

Boldness regret is all about not taking that risk or making the move. Of being a coward or too shy to do something.

If only I’d taken that risk…

These two regrets are connected - first you should have done the work (foundation) and based on that you should have taken that chance (boldness). The thing is, it’s rarely too late to do that!

As an easy example, I’ve learned to play tennis at 40 and now I’m enjoying the game!

Moral regret is all about our compass of what’s the right thing to do.

If only I’d done the right thing…

We should be asking ourselves:

I wish I’d remained loyal to, been kinder to or stood up for…

Very often we take shortcuts and choose the easy way out, instead of doing what’s harder to do but what’s right.

Connection regret is all about staying in touch and being present with people we really care about. Ultimately it’s the biggest regret for folks as study after study proves that our happiness depends on love ❤️ we both give and receive. We are social creatures. We are healthier and live longer when around other people. We need to be receiving and giving love 💕.

If only I’d reached out…

These questions can really haunt us:

I wish I’d reached out or forgiven…

Just like with foundation regret, we think that it might be too late for a connection. Time and time again it’s been proven that it’s not. Even if many years have passed, reaching out to long-abandoned friend almost always brings joy. Makes them happy. Heals the wounds.

When in doubt, do reach out!

Regrets most often come from inaction - so don’t stand still!

It turns out 2/3 of regrets are those of inaction - because when we do something and we see the outcome, we know what happened and we can learn from it.

However, if we don’t do something, we are left in doubt what could have happened. Coulda, woulda, shoulda.

That’s why it’s almost always better to to do something and experience the outcome (good or bad) then NOT do it.

Never give up, just do it.

In the end it all comes down to preventing escalation - that small regrets are turning into big problems. That’s why the author is suggesting to ask yourself the above-mentioned questions related to regrets every week - to anticipate what’s coming and building a better story about ourselves.

I highly recommend the book! Learn from your regrets and build a better story of yourself!

If you want to listen to a 10-minute summary of the book, I’ve found a very useful one here: