Back in 2007 I launched Nozbe because I wanted to “scratch my own itch” and build a productivity tool that I’d want to use every day. Turns our I wasn’t the only one. I felt it wasn’t enough. I gave people a fantastic tool to get things done, but we all needed more than that. We needed inspiration and useful tips and tricks… and this is how the Productive! Magazine was born… and last week we’ve taken it to the next level: 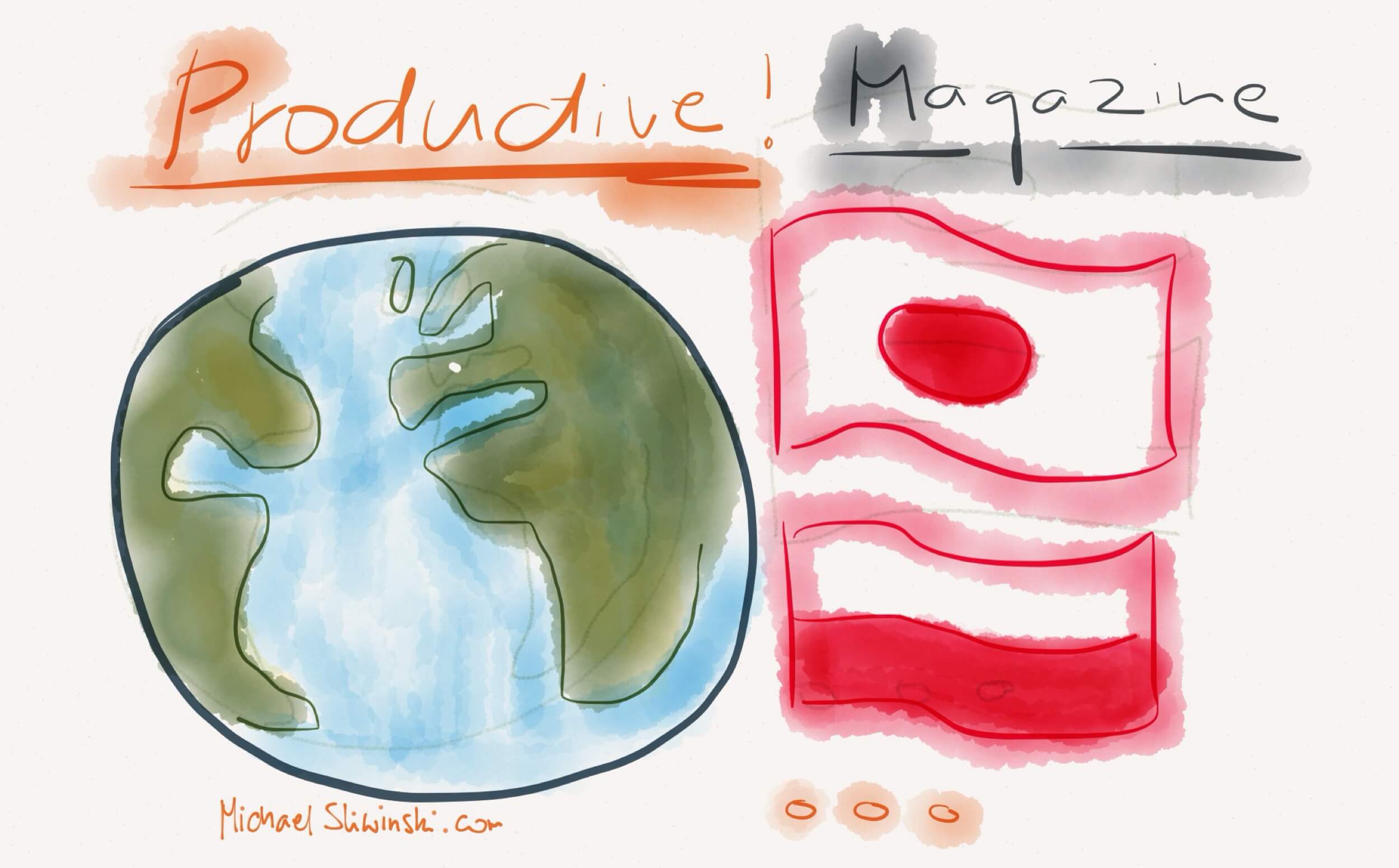 Productive! Magazine is now a “monthly”… and is going places

When last year we relaunched the magazine we decided to make it a regular, monthly mag. I explained that in one of my shows. Well, we missed January, mostly because of me being too busy and not making the interviews on time… but we’ve learned our lesson and now we’re back with issue #17 with Brian Tracy for February and issue #18 with Scott Belsky for March… and we have a whole lineup of interviewees for the future issues…

But that’s not everything - we’re converting Productive! Magazine into a global franchise with magazines in different languages! Now, that’s really exciting:

Two weeks ago we launched Productive! Magazine Polska and it’s not a translation of our “global magazine” but it’s a completely local version with an interview with my good friend and Poland’s chief GTD evangelist: Krzysztof “TesTeq” Wysocki. This issue features articles from local productivity experts and bloggers.

Last week we launched Productive! Magazine Japan and again, it’s a completely local version of the magazine - with feature articles by Japanese productivity experts… and with my best friend in Japan: Kurazono “ZONO” Keizo-san - he’s the author of the only (to this date) book about Nozbe, a fantastic musician, productivity blogger and an amazing guy.

Yes, we’re not slowing down. Productive! Magazine Español will launch next month. The editor of this franchise is my good friend and #iPadOnly book co-author - Augusto Pinaud. As far as I know, for the first issue he interviews… well, I don’t want to spoil the surprise. If you speak Spanish, you’ll read all about it in March.

Productive! Magazine will go more places this year… and there will be new magazines as well

While we’re proud of having a Productive! Magazine in 4 languages, we’re not going to stop there. We’re already thinking about a German version and beyond. We have a goal of reaching 10 different magazines by the end of this year. All of them will have their proper magazine apps on iPhone, iPad and Android… and all will be focused on bringing you the best and most inspiring articles and interviews possible - for free, sponsored proudly by Nozbe.

We spent last year building the ground work to make this happen - we built our entire digital magazine platform for it and we’re even considering opening it up for others. If you ever wanted to build a digital magazine but got scared about the complexity of the process… leave us your email and we’ll be in touch with you.

Why I believe a digital magazine is a way to go

I believe the switch from the traditional PDF to an iPhone/iPad/Android app was a must. We have to go mobile-first now as we really want our magazine to be read… and it will not be read on big screens, but rather on small smartphone or tablet screens while commuting. This is a magazine for “busy professionals” after all.

This is why we re-launched Productive! Magazine last year, this is why we built a platform for it and this is why we can now easily go to Poland and Japan with it… and inspire thousands upon thousands of busy professionals to have a more accomplished, happier, and more balanced life.

Question: Have you downloaded the new Productive! Magazine? To which device? iPhone? iPad? Android? What’s the reading experience like?