When the iPhone got introduced for the first time 7 years ago, what Apple really showed was an “app phone”, a pocket computer with a bunch of apps. One of the apps was “phone app” that enabled us to call someone. That’s the theoretical story, but the real one is different. Because the iPhone had the “phone” in the name, the cellular component and was introduced as a mobile phone, we still treated it as a phone. And so was I. Only recently I realized the future is there, my iPhone is my first portable computer (second being the iPad) to such an extent, that I removed the phone app from the dock on my trip to Japan: 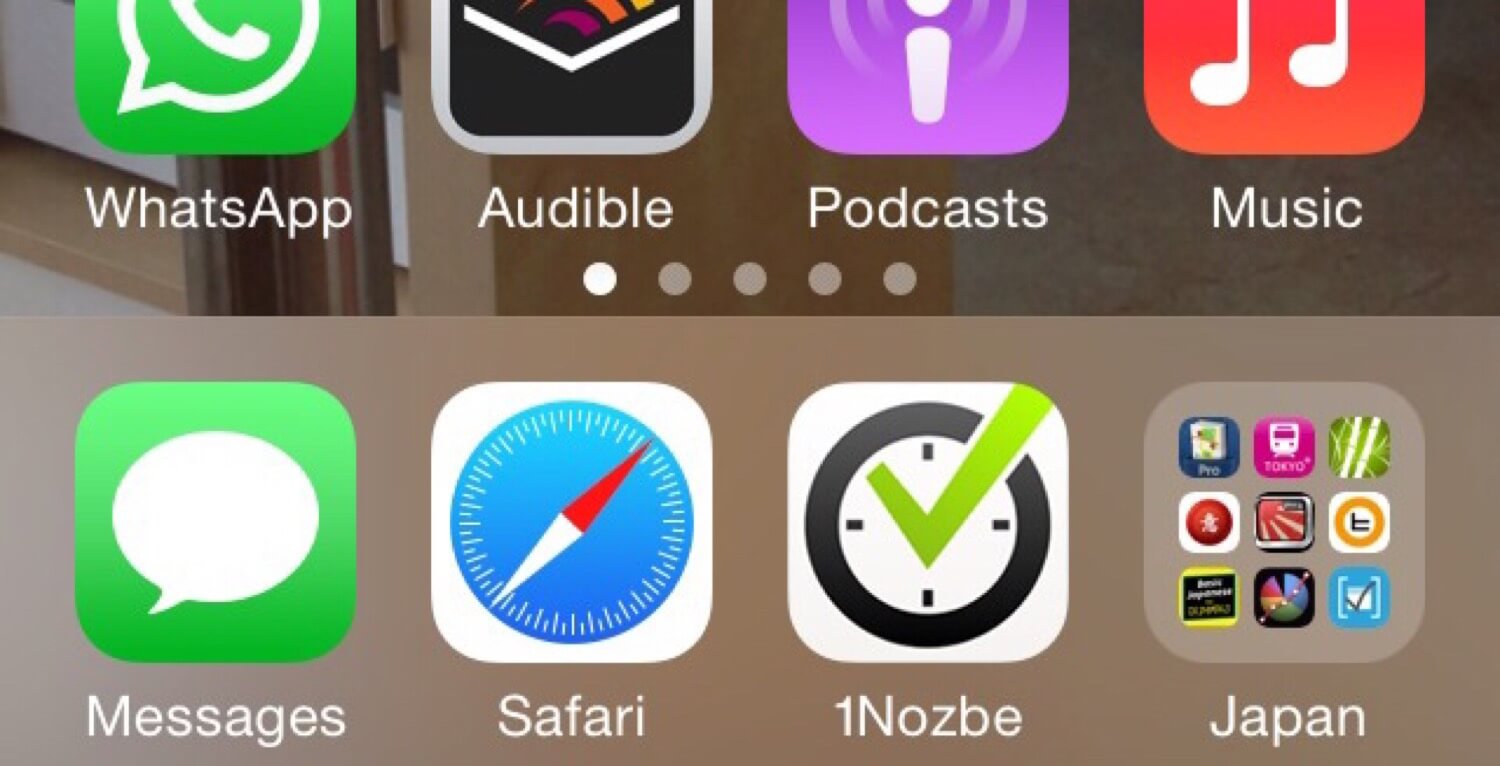 Removing phone from the iPhone’s dock

As you know from my Twitter feed or Instagram, I’m traveling with my wife in Japan now. Because of high roaming charges and pretty available wifi (hotel, Starbucks, Apple stores), I don’t call anyone. We communicate through messaging and other apps. I also have a bunch of offline apps (metro, map, etc) on my iPhone that help me move around. Now, as I use these apps more than my phone now, I removed the phone app from the dock (the place it has always been) and replaced it with my “Japan” folder with my Japanese apps. This is when it struck me that the “phone” was just an app. Even at home I don’t use it as much:

Many people still haven’t discovered FaceTime audio. It’s amazing, I can call any other iPhone or iPad among my friends and family. The phone quality is amazing and it uses only a little data. I use both FaceTime and Skype for a quick call, especially if I need to call someone abroad but recently even domestically. It’s just convenient and plain better than the old-school phone.

Yes. In that order. My primary form of communication is Whatsapp - especially with my family and among non-iPhone friends. With the rest I send messages through iMessage and then later I use social media. SMS, which used to be the king on the mobile phones is now more of a “last resort” than anything else.

For business communication I use Nozbe as we “communicate through tasks” in my team. For internal team chatter we use HipChat.

Phone? There’s an app for that!

Yes, now I truly believe that a phone is no longer a device, it’s an app. Yes, it’s still useful and all that… But less so with every passing year. And now as I removed it temporarily from my iPhone’s dock, I finally understood it.

Question: Do you use phone as much? How do you communicate? Which other apps do you use?