Whenever I get a chance to speak at a conference or have a Q&A with an audience, or get interviewed for a podcast, people always keep asking me the same set of questions: “What made me start on my own? Why after college did I pursue my own company instead of a career in a corporate world? What were my parents thinking of my choice?” Well, I always respond that it’s actually my parents who are to blame here. They are entrepreneurs themselves. 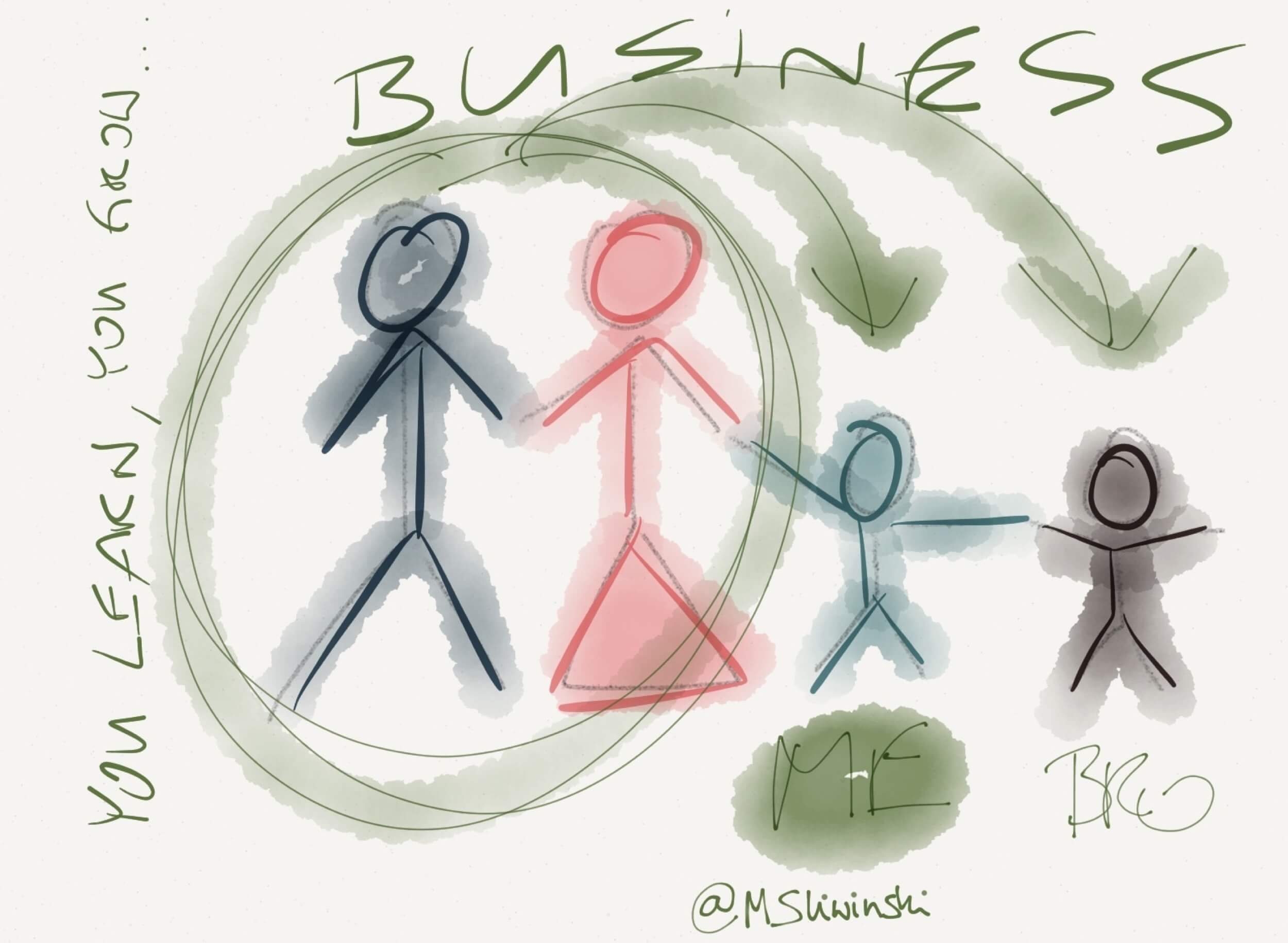 When the communist curtain fell in the beginning of the 90s, my parents were “intellectuals” (meaning, they had a college degree) with lousy jobs. In the communist times in Poland the “physical workers” were promoted and were earning better salaries than the college graduates. My parents were barely making it paycheck to paycheck. However, the fall of the communist dictatorship made it possible for people to start their own “small companies” and my parents ceased the moment. They started their own companies, here’s how it went down:

My father - from electronics engineer to ad agency owner

My father was reluctant to start his own company. He worked all his life as a fellow worker and liked the steady (but really lousy) paycheck. He was reaching his 40s when the times in Poland changed. At first he worked with his friend repairing the first computers that were entering the Polish market. This is how I got to play with IBM PC XT at a very early age and how I got my interest in personal computing.

Later his other friend who had to leave the country in the communist times came back with some capital to start a venture with his college buddies. The venture failed but my father got to work with one of his old friends and they both decided to join forces and co-found a company together. My mom actually pushed them a little to do that :-)

They saw an opportunity in advertising. Especially the light boxes that were to be installed above the ever-rising new shops in Poland. They founded their ad agency in 1992 and worked together for nearly 20 years. And that’s not the end of his story…

My mother - from architect, to accountant, advertising executive and cafe owner

My parents didn’t have to tell me that “you have to learn and study all of your life”. I saw it every day at home. My mom graduated from architecture with flying colors but after ~15 years of drawing houses and trying to earn a living like that, at the age of 40 she decided to start an accounting company. She figured she was good at maths and the new companies in Poland needed good accounting. How hard could it be, right? This, together with my father’s experience in computers, helped her create one of the first “computerized” accounting firms in their home town. Based on a “Framework 3” (for DOS) productivity suite my father basically wrote an accounting software for my mom.

After a few years into this, my mom got an opportunity to work as an ad-executive at a friend’s company. She figured she had a good taste (being an architecture graduate and knowing how to draw and paint beautifully) and she’d learn the rest of the profession as she’d go. She liked the new challenge so she jumped in.

After a few long years with the company she started being tired of the corporate world and wanted to try something new. At the time I was selling sculptures on the Internet so she decided to set up a cafeteria with an art gallery (sculptures and paintings) in the center of a very touristic town nearby - Sopot. Again, her interest in art and great interpersonal skills helped her start a new venture. Eventually her health problems started getting in the way and as running a cafe was a very physically demanding job, she sold the business a few years back and is right now doing other things.

My parents taught me that you learn all your life

When I graduated from college many people were questioning my choice of going on my own - I didn’t have a bad resume - two business college degrees, three foreign languages spoken fluently… but I decided to go on my own, try to build my own startup, fail three times to finally hit it with Nozbe. It is still a learning curve and I love every minute of it. My parents supported me all the way. They showed me that you can switch jobs, try, fail, learn something new, fail again, succeed, change again… and that it’s all very exciting and rewarding.

To me “being entrepreneurial” means thinking outside of the box, treating the company you work for as your own, always be looking at ways to improve something and be growth-hungry all the time by seeking out new challenges. My parents were “entrepreneurial” even when they were working for someone else. As an ad-agency executive my mom was pouring her heart and soul into the company and helped them grow their business tremendously. My parents were learning all of the time and were so brave to totally change the way they worked well into their 40s…

In my company I try to foster “entrepreneurship” kind of mindset among my team. My CTO, Tomasz, is one of the most entrepreneurial people I know. He’s like a co-founder to me and we’re constantly challenging ourselves. His “dev team” is the same - the guys work on Nozbe like if it was their own baby. Same applies to my support girls, or “Customer Happiness Officers” as I call them. It’s amazing to see my “entrepreneurial team” in action.

And my father? A couple of years ago as Nozbe was growing fast I convinced him to finally stop helping me for free and join me full time. He exited swiftly from his old company and became Nozbe’s CFO. There’s nothing better than knowing your own father is in charge of your finances :-) His experience as entrepreneur is helping our company grow even more.

My mom is busy with different things now, but she’s also helping out in Nozbe. Her official title here is “Chief Cheerleader” :-)

You live, you learn, you grow…

I’m lucky my parents showed me the way. They taught me what it means to be “entrepreneurial” and thanks to them I’m constantly learning and growing… and having the time of my life in the process :-)

When I was finishing college, most of us were taught to be “mindless cogs” on the “corporate ladder”. Not anymore. Now to change the world you need to be “entrepreneurial”. You need to keep learning, growing and challenging the status quo. And you don’t need to run your own business to do that.

P.S. On top of that my parents are the most loving couple I know - after 30+ years of marriage they still hold each others’ hands as they walk together…

Question: What does it mean for you to be “entrepreneurial”? What did your parents teach you?