Nokia, the world’s leader in mobile phones… is leader no more. For the first time ever Apple phone revenue tops Nokia in the last quarter: Apple’s revenue from the iPhone rose to $11.9 billion in the last quarter, while Nokia’s phone revenue slipped to $9.4 billion. Apple has just one phone - the iPhone (ok, in two versions: 3GS and 4 - which now comes in white!) and Nokia has hundreds of phone models… Apple beat Nokia in their own game with just one phone: 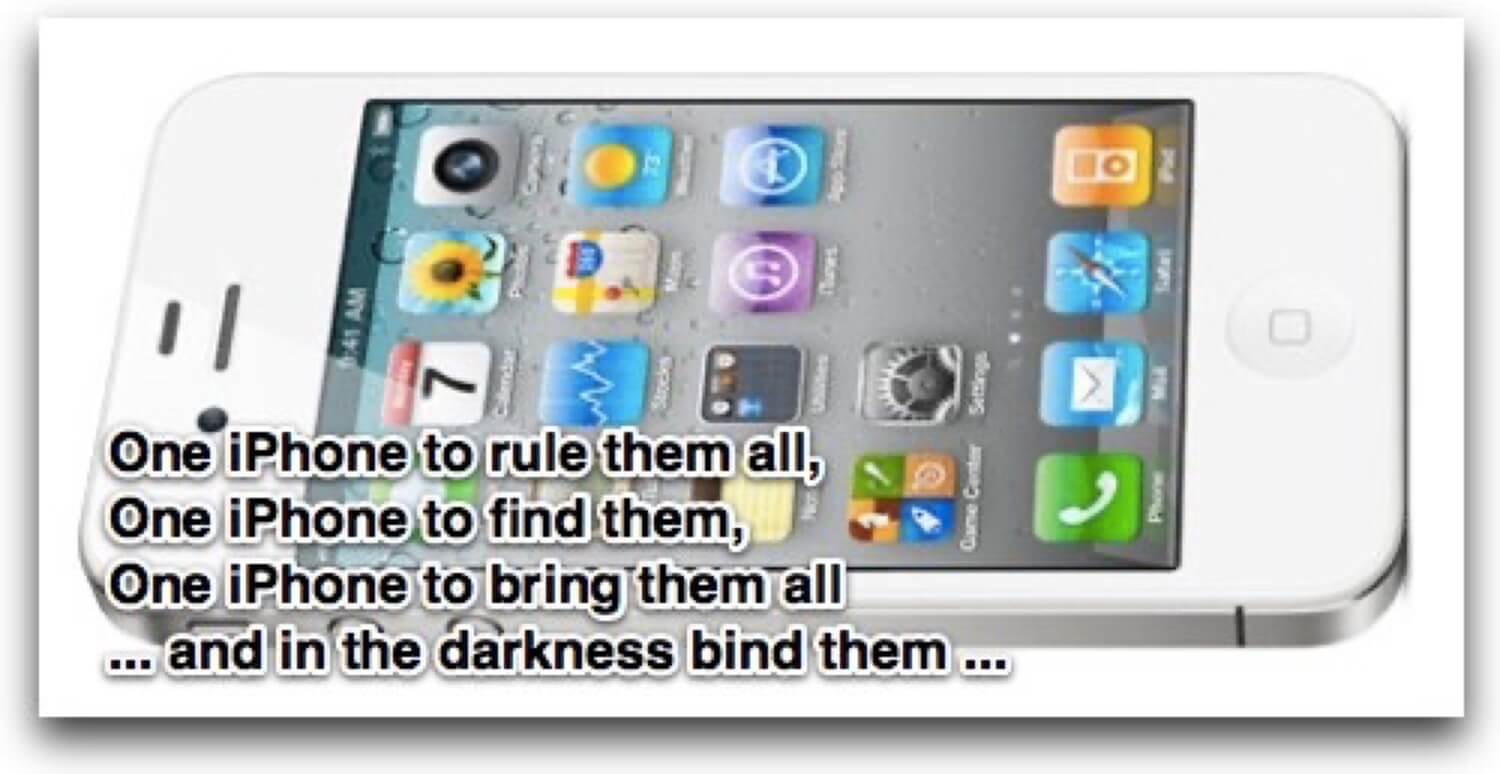 Something great vs a lot of “anythings”.

Apple has this philosophy of cutting the amount of products they manufacture. They just focus on a few products and make them really great. They have just one phone which they update every year. That’s it. Nokia used to have a few great phone headsets as well… but no more. They have hundreds!

My first mobile phone wasn’t a Nokia. It was a Sony. And it had a cool navi-wheel and vibration. Then Nokia 3210 showed up and I wanted it badly. I got it. It was a very simple phone with great navi-dial button. Easy to use, cool. Nokia later upgraded it to 3310 which had vibration, too :-)

In that time Nokia had a consumer phone: 3310, a business phone: 6210 and a high-end phone: 8810 (I guess). It wasn’t hard to keep up. But because there can be so many combination of 4 digits they went ahead and started producing lots of phones. With different colors, screens, etc. I was lost.

Luckily Nokia had only one real smartphone - Nokia Communicator. So when I grew older I got myself one of these. Nokia Communicator 9500 - it was big, bulky but great. It had a browser, copy/paste, real keyboard… the works. It was big and my wife would laugh at me, so I decided to change it for a slimmer: Nokia 9300 Communicator. Again, cool phone (only there was no camera on board, oh well…).

I got my first iPhone

I did get my first iPhone when I went to the USA for the Office 2.0 Conference and was a speaker there. It was in September 2007 and the phone was great… but the software wasn’t. I preferred my Nokia Communicator and my wife gladly took the iPhone. Later when I realized my mistake, she wouldn’t want to give it back to me. A year passed and I started feeling iPhone-envy again so I finally took the plunge and bought iPhone 3G.

After 1.5 years I got the 3GS and gave the 3G to my wife… and half-year later I couldn’t resist and opted for the iPhone 4 and my wife gladly accepted my 3GS (and a friend of mine gladly bought 3G from me). The rest is history (no, I’m not getting the white iPhone).

From consumer to business device - how iPhone ruled them all

It’s amazing how the software on the iPhone changed it from a pure phone+iPod bundle to a fully-fledged business device. It’s my small computer and I use it every day for business purposes: emailin’, tweetin’, facebookin’, news-readin’, audio-readin’, etc.

This is why Nokia and other phone kings underestimated the iPhone - they thought it was going to be an expensive toy… and now this toy is setting the pace in the mobile phone market. And the best part? The first year the iPhone was only available in the USA… so Nokia could have anticipated what is coming and act accordingly… but they just thought that N95 specs are enough to kill the iPhone. They weren’t. Because the Symbian OS wasn’t. And it’s never about the specs anyway.

It’s all about the execution.

That’s it - iPhone is a proof that you can dominate a market with one, excellent offering. That you can have one thing that rules them all…. congrats Apple - what you accomplished with this one small headset is indeed amazing.