In September Apple started selling two new iPhones - a bigger one and a bigger-bigger one: iPhone 6 and 6 plus. People kept asking me which iPhone I’d get… as I’m upgrading my iPhones every year… but because of the new sizes (and my relatively small hands) I didn’t know what to think of these new headsets… so I decided to go and check them out in the store: 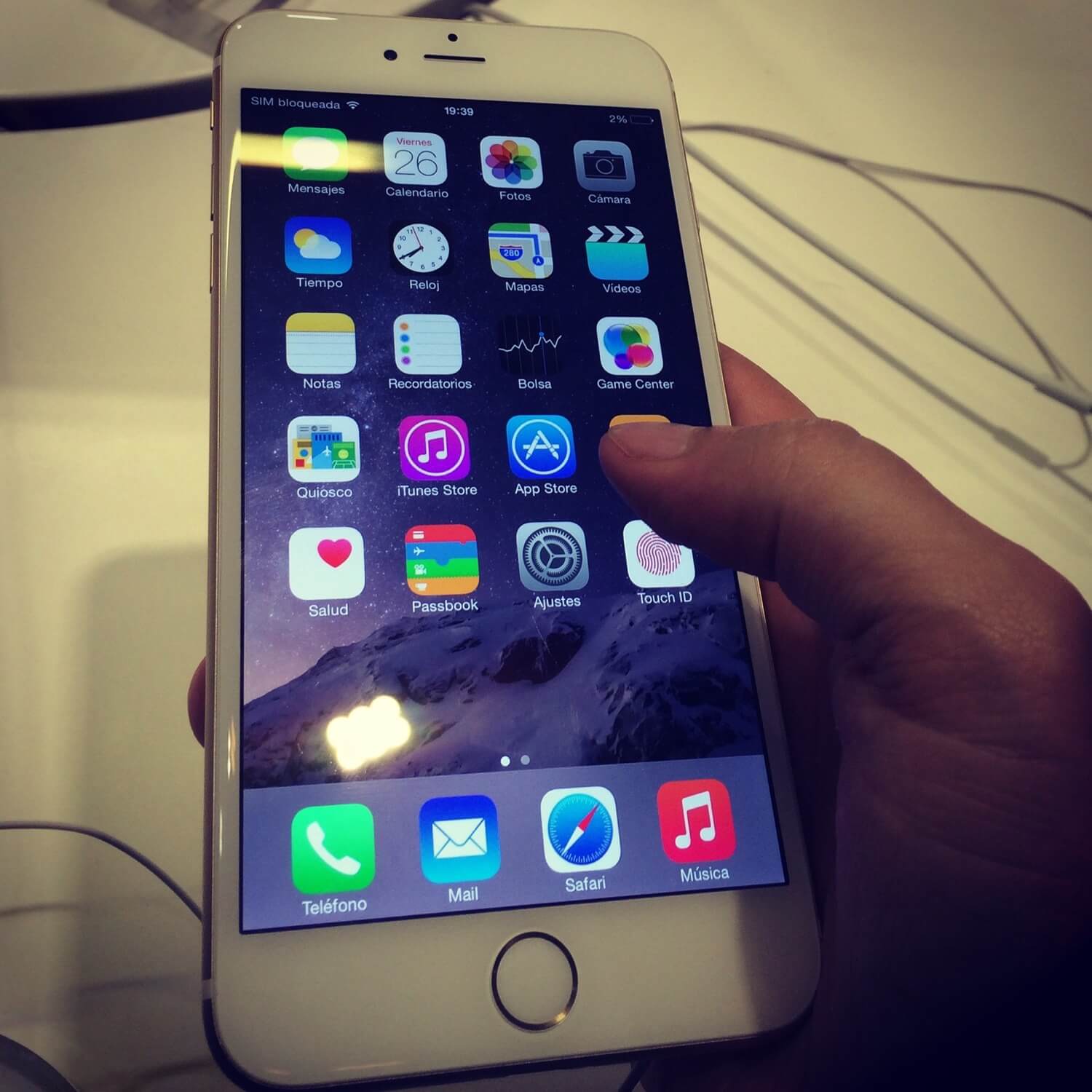 Being a geek and all, I should have been excited after a visit to a local Apple retailer… after all, the new gadgets were there! Yay, right? Not so fast… I was disappointed. Yes, I tried both of the iPhones - the humongous 6plus and the big 6… and both proved to be too big for me! Yes, both! Too wide… actually. I couldn’t believe it - I checked again, and again… and pulled out my iPhone 5s to compare… and this is what I found out:

I live-tweeted my experience as a tweet-storm:

1/ my first tweet storm. Here goes. It's about the #iphone 6 and #6plus. Just tried them both in my hands and came to a sad realization:

2/ #iphone 5s is the biggest size I can comfortably hold and use in one hand. For a short guy like me with tiny hands even iphone 6: too big

3/ to use either #iphone 6 or #6plus I’d need to change habits. Take it out of my pocket with left hand & hold it there - touch w/right hand

4/ I’m not sure I’d get used to this change. Should I just embrace it or give up and keep using my #iphone5s still? #firstworldproblems

5/ if I embrace the left hand hold - right hand finger - combo, I will just get the #iphone #6plus - bigger is better right?

6/ that’s it for now. Written still one-handed on my trusty #iphone5s / end of tweet storm.

I use my phone one-handed most of the time

Now it seems I’d have to change my habits totally. I’ll need to switch to using the iPhone left handed - to pull it out of the left pocket, with my left hand… and manage it with my right hand. This also means that if I want to call someone, I’d have to hold it in my left hand, too. Or move it from my left hand to my right hand just for the duration of the call… and later move it back…

I know these are first-world problems, but I’m suffering here!

Every year I’m upgrading my iPhone because this is my secondary computer. I use my iPad Air and my iPhone as two of my computers. Every year I’m getting the newest one because it’s faster, sleeker, better… but this time it’s also bigger… actually, too big!

Now to have the best iPhone I’d have to go with something that would totally change my habits. Like, really totally. And I don’t like it… but my job running Nozbe is to be on the cutting edge of technology and to see the trends and be there to know how to develop my app to help my customers be most productive… so…

I might as well get the humongous iPhone 6 plus

I know, Steve Jobs would tell me that I have “wrong hands”:

But actually. I know many people who are of similar size as me will get the new iPhones and a lot of them will get the 6 plus… so I might as well get one and learn the new habits and see what I can do to make Nozbe even better on this device (it’s already updated to the screen size) and make the owners of this giant phone more productive.

I got this feeling that Apple was copying Samsung…

Seeing iPhone 6 and 6 plus and trying them out I got the feeling that Apple was making them bigger for just the sake of making them bigger. Why didn’t they go with 4 inch but “round” iPhone 6 and a bigger 6 plus? I don’t know. I’m sure they know better. All I know now is that I will never use an iPhone with one hand again. Times are changing…

Question: Have you tried the new iPhones? Which one are you getting? Are they also too big for you?