This month we’re celebrating Nozbe’s 10th birthday!. It’s the perfect time for a short summary of the past decade – in the context of business and technology developments. It’s really interesting to see how Nozbe started as a Web2.0 product and later embraced the smartphone, desktop and the watch…

Note: The following article appeared first in the February ‘17 issue of iMagazine - the leading lifestyle magazine for Apple enthusiasts in Poland. I’m a regular contributor and write my monthly productivity column there.

I read David Allen’s book “Getting Things Done” (Amazon, Audible) and realized I needed to get organized. As a freelancer involved in internet marketing I was taking on more and more clients and I wasn’t able to manage all of my obligations. I searched for various tools to implement the GTD methodology in my life but I couldn’t find anything that I liked.

Thanks to PHP and MySQL magic I wrote a prototype of Nozbe in a single weekend!

I decided to use web technologies because I wanted to have access to the app from anywhere on Earth. Over the next few months I improved the project, rewrote it about twice, and finally in 2006 I decided to start getting ready to show it to the world. If I enjoyed using it, maybe others would like it to. Here’s how it went down:

Nozbe was released on February 1, 2007. I only released it in English because GTD was almost unheard of in Poland at the time. Within the first week, 10 users had signed up. Later my activity on GTD-related blogs and forums began to pay off and the first articles started to appear about Nozbe. And suddenly: there was a massive flood of users. By May, Nozbe already had 5000 users! I decided to introduce paid accounts to see whether anyone actually wanted to pay to use the tool. In this way I acquired the first 100 paying customers. On the one hand, only 2% of people bought the app but on the other, I had 100 people paying for a program that I’d developed “after hours.”

2007 also saw the release of a different product – the iPhone. It appeared in stores in June but only in the United States. My customers started to ask me about a Nozbe app for the iPhone. At that time it was only possible to make web apps for it. By using Safari on my Thinkpad, employing various other simulators and asking users for help with testing, I created iNozbe.com after a week of coding – it was the world’s first GTD app for the iPhone. And the best part was that I didn’t see the app in action on a real iPhone until September (3 months later!), when I flew to San Francisco for a conference and I got my first iPhone. 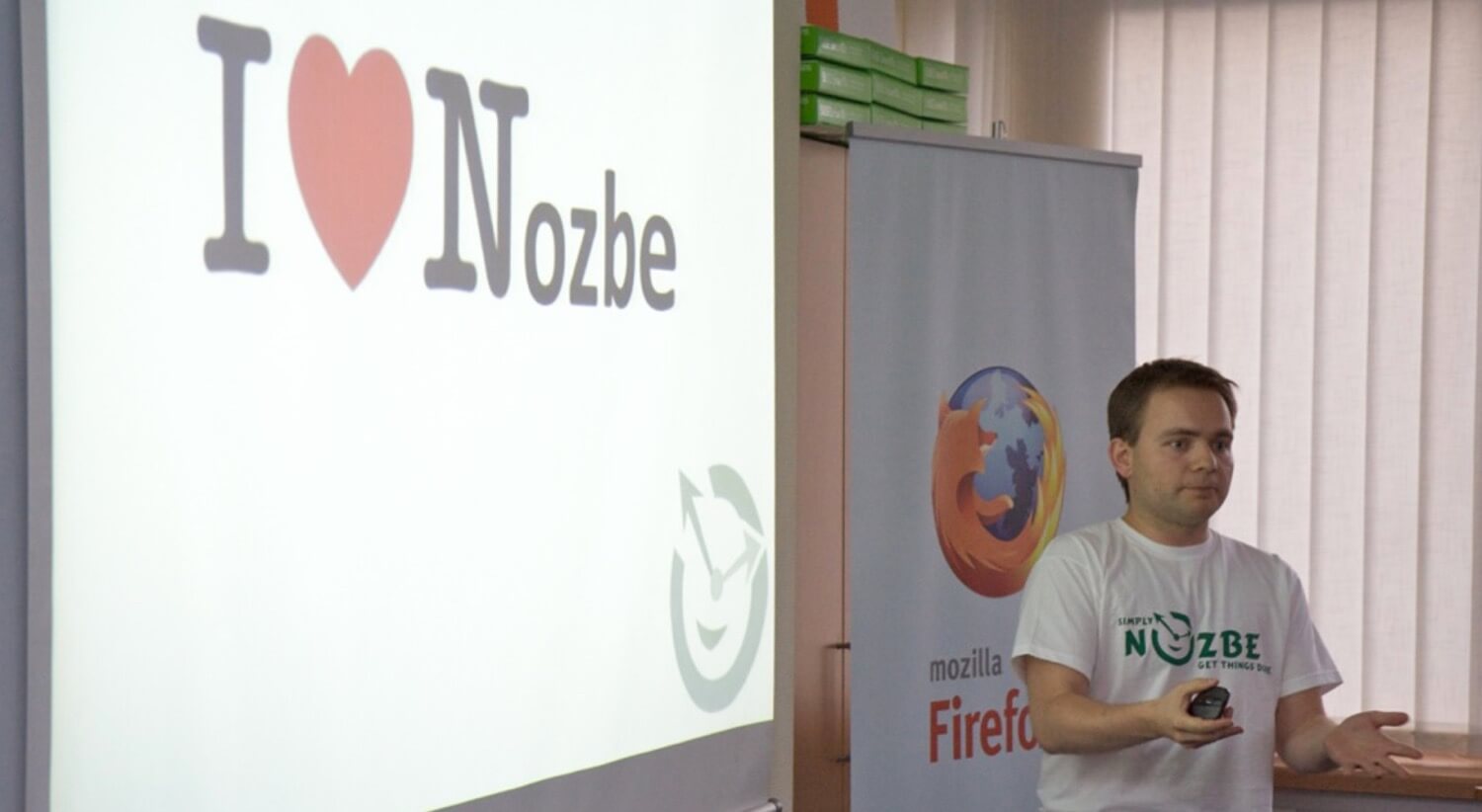 2008 - Nozbe full time – the most important decision of my life

Until now, I’d been working two jobs. Up to 4pm I served my customers as an “internet marketer,” while in the evening I worked on Nozbe. In 2008, the income from Nozbe was stable enough to allow me to “let go” of my clients and focus solely on Nozbe. I decided to hire my first employee Tomek – a young and very talented developer. Initially he worked for me part time. Tomek is still with us – now working as Nozbe’s CTO.

That same year, David Allen – author of the book about GTD – was organizing his first training in Warsaw. Do I even have to tell you that I signed up for it? And thanks to my contacts, I was able to invite him to dinner along with our wives. Wow! I met my guru after just a year of running Nozbe. If an unknown guy from Poland can have dinner with a best-selling author and guru of time management, then anything is possible!

Despite Nozbe’s early success, I unfortunately missed the App Store in 2008. To fix this I quickly looked for a solution for writing a native app for the iPhone. I didn’t know Objective-C so I hired Vietnamese developers to write me a simple app for the iPhone. It was released successfully in the App Store but unfortunately the app wasn’t very good and required several improvements. I had to do something about it because the iPhone was gaining popularity and had already been sold almost all over the world.

I met the guys from Macoscope and we began to work together. They continued to develop Nozbe for the iPhone and created an app for the iPad. They managed to quickly build an app that was much better than the previous one, and we could release it for iPad just 2 months after the device’s launch! As a result, thanks to apps for both popular Apple products – iPhone and iPad - Nozbe was once again the leader in the productivity space.

Continuous improvement of the web app and additional apps for iPhone and iPad gained recognition in many countries, even though Nozbe was only available in English. Around that time, a blogger from Japan wrote a book (in Japanese) about creative work on Apple devices… and the first chapter was devoted entirely to Nozbe. I remember it like yesterday – I was checking orders and among them were many new customers from Japan. I go on Twitter, search for “Nozbe” mentions and every 20th mention was NOT in Japanese. Wow! I had to quickly find someone who spoke Japanese in Poland who could respond to emails from new customers and translate the site into Japanese. I couldn’t believe it! Each month more Japanese users signed up to Nozbe than Americans!

My contact with the blogger from Japan – Mr Zono-san – resulted in the popularization of Nozbe in Japan, the first book about Nozbe and my first trip the Country of Cherry Blossoms. The trip was well planned and combined with my first ever serious press conference. Unfortunately, it was interrupted by a strong earthquake. We had to cancel the promotion and I decided to return home early. But before I flew back home, my Japanese partners and I decided to use Nozbe to help the victims by creating the project “PublicNozbe.com” through which we were able to support many people seeking information and advice in those tragic circumstances.

2012 - Nozbe for desktop, now available in the Mac App Store

After apps for iOS and the “Web 2.0” wave, the market was leaning towards native apps, so we decided to create Nozbe apps for the Mac and computers with Windows. We initially faced a lot of difficulties but in the end we managed to combine web and native technologies to successfully publish Nozbe on the Mac App Store.

I noticed that my business was suffering from the “chicken and egg” problem: many people weren’t using Nozbe or they didn’t know how to use it properly because they didn’t know the basic techniques of time management. To help them, I decided to record the “10 Steps to Ultimate Productivity” course. I recorded videos for the course in all the languages I know: Polish, English, Spanish and German. In 2017 we’ll be re-releasing the course in an extended and updated version in the form of a book (you can sign up for it at productivitycourse.com).

That year, we realized that the “mobile version” wasn’t just an addition to Nozbe but was often the main channel through which people used the app. We saw the rise of the “mobile first” trend and decided it was time to take control of our entire ecosystem. We introduced common versioning for Nozbe and released our apps built by our team. This is how Nozbe 1.5 was created for all platforms: Web, Mac, Windows, iPhone, iPad and Android.

The market was changing even more dynamically than it had in previous years and we realized something else: the app for iPhone couldn’t just be a “mobile” trimmed-down version of our main app. It needed to have almost as many features because it was often the only version of Nozbe that people used. This is how Nozbe 2.0 was created, which we developed in line with the “mobile first” principle – by first designing it for mobile screens, and only later scaling our work for computer screens. 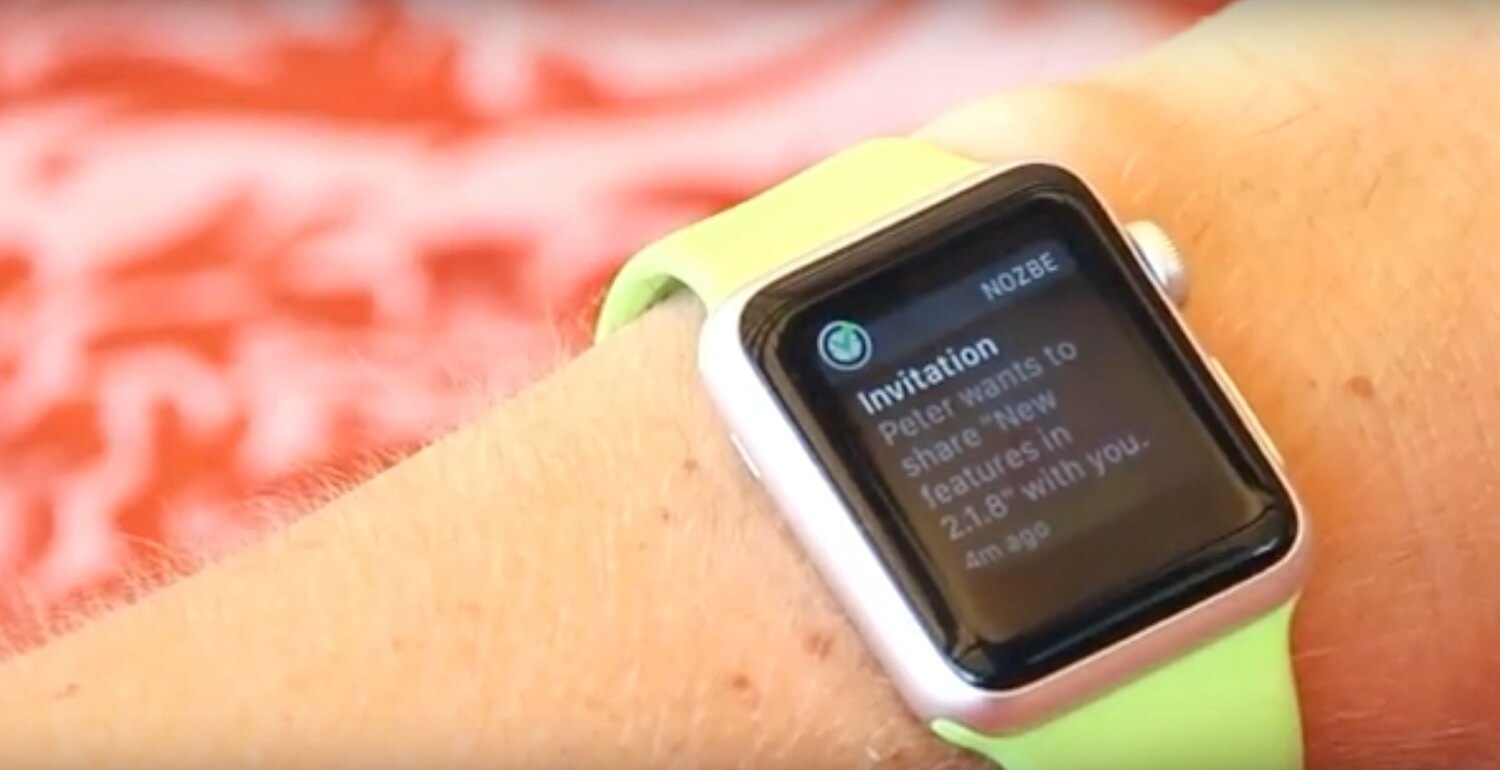 As I’ve already written on this blog, working on Nozbe was also a great excuse to trade in my iPhone for a newer model once a year and buy new gadgets to keep up with the latest technologies. It was no different with Apple Watch. Initially we bought two watches: one for me and the second one for our iOS developer (my The Podcast co-host). Soon after the watch’s premiere, we had the Nozbe app on our wrists. I use it every day and contrary to what you might expect, viewing new tasks on the watch is quite convenient :-)

Our experience with the “10 Steps…” course and our adventure in Japan with “PublicNozbe” resulted in a new project – Nozbe.how - which allows users to publish their own project templates and share knowledge and experiences. How do you do a weekly review? How do you pack for a triathlon? How do you bake a cake? How do you run 10 km in less than 50 minutes? It’s all there! And the knowledge base is growing every day. In 2017 we will launch version 2.0 of this extension and we hope for even more templates created by users.

Since the beginning, Nozbe has always been a tool to helping individuals get things done. Over time, we’ve realized that other people are essential to helping us complete many of our projects. That’s why we decided to introduce shared projects and later created teams. But it wasn’t until version 3.0 that we approached the matter seriously and, apart from a new design, logo and other improvements, we introduced business accounts. The aim was to enable companies and teams to communicate effectively through tasks – just like we do by using Nozbe to create Nozbe. Our main competitor is email, which is still used by many companies for managing projects.

Ten years passed like one day. And although many people ask me if I’m not already bored after all these years developing “the same app”, I’m still motivated to continue working on Nozbe. Actually, I’m super-excited because there’s still so much to do. We have many great plans for this year and the next decade. We don’t want to dominate the world – we just want to help people and teams organize their tasks and projects. We want them to achieve successes thanks to our app.

By the way, we just hit over 400,000 accounts. We support 10 languages and 6 currencies. Most of our users are from English-speaking countries, like the USA, Canada, United Kingdom and Australia, and after that Poland and of course Japan. We can now say that we’re a fully global company. What’s more, we work in the “NoOffice” system – we don’t have an office, all of us work from home.

This is how I feel after 10 years of working on Nozbe and I’m expecting next years of my Nozbe story to be really exciting! 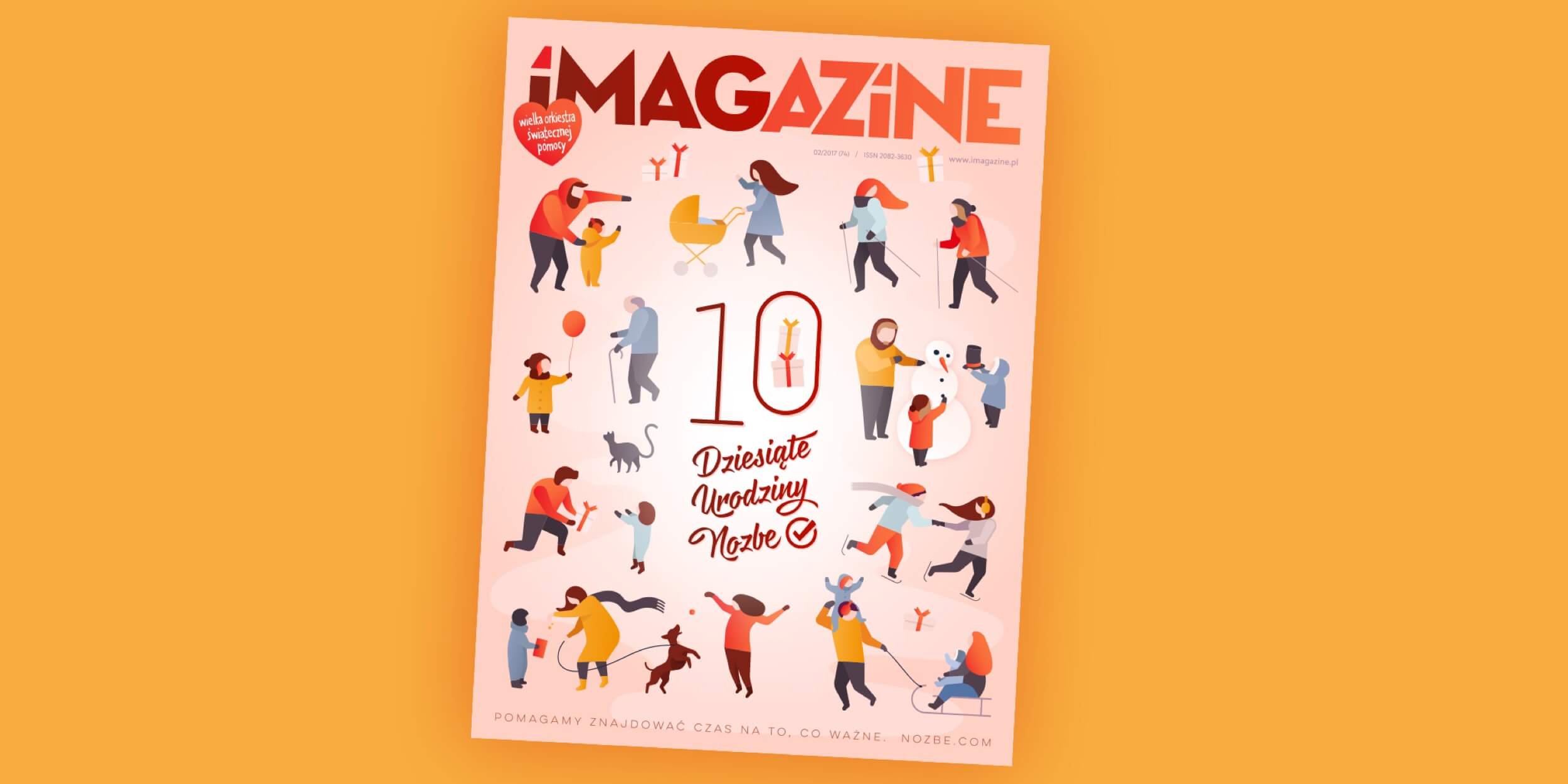