On the Nozbe Blog Today is a big milestone for me personally and professionally. My company, Nozbe just turned 10. To celebrate it with our customers, we’ve got a special promo which is great for both new customers and celebrates people who stuck with us the most. We even got 102 people who’ve been using Nozbe all these 10 years! We’ve come a long way since 2007… Check out these few quotes or get the entire thing: 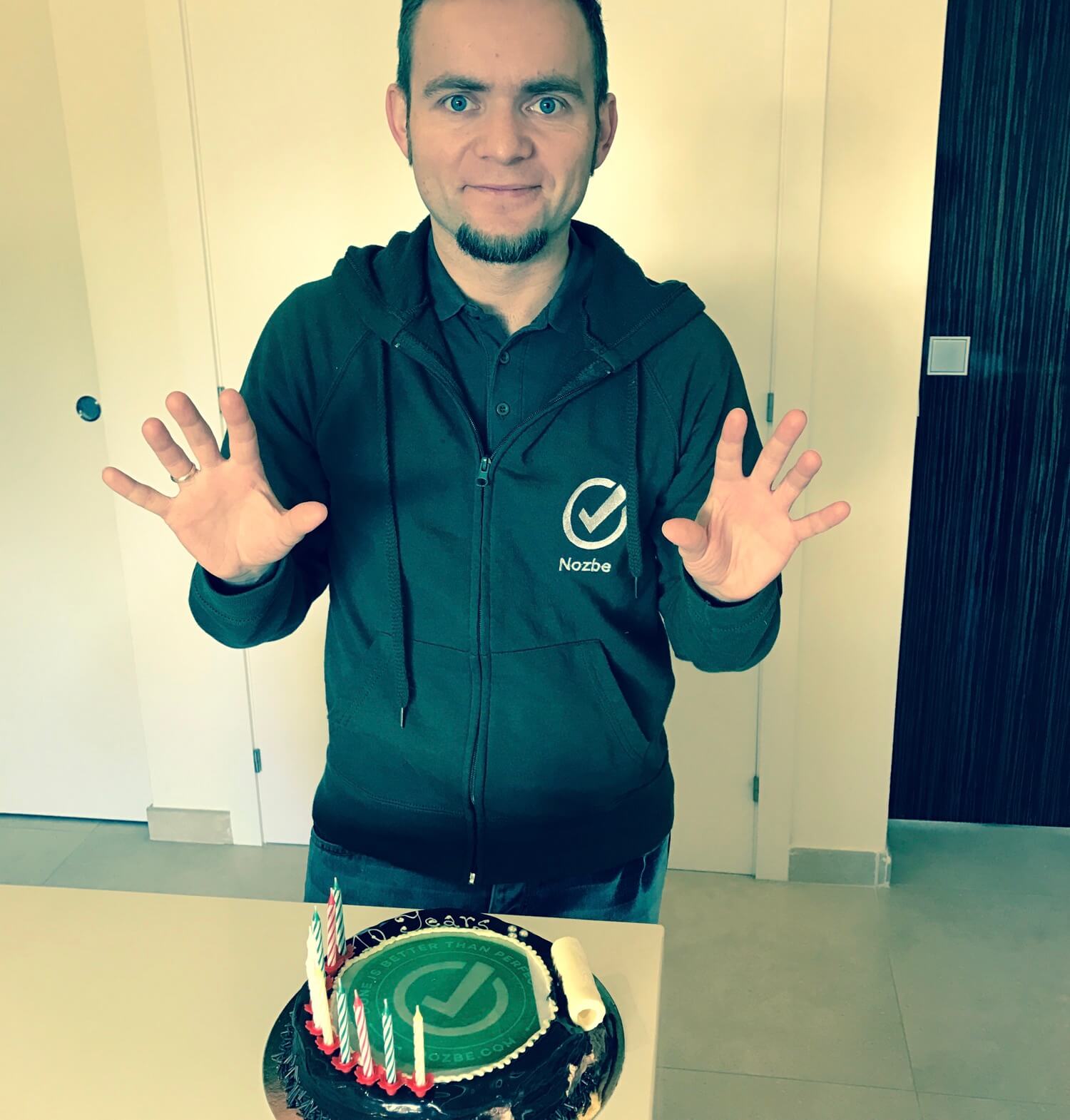 A few gems NOT mentioned on Nozbe blog, but available for my readers here:

“Personally, I coded Nozbe entirely myself in PHP+MySQL+Prototype.JS out of a rented 1-bedroom apartment in Warsaw where I lived with my wife. 10 years in we have a team of developers working on apps for all the major platforms but I still work from home - this time it’s my own house with the same wife and three daughters :-)”

“I wrote the first version of Nozbe in pure PHP+MySQL as a weekend project back in 2005 inspired by the book by David Allen: “Getting Things Done”. In 2006 I kept rewriting the code with JavaScript, Web2.0 style, because it was a fun technology playground. In 2007 I decided to launch Nozbe as a small beta and announced it in the GTD-aficionados circles. Thanks to the word of mouth and press (ZdNet, Lifehacker) I got 5000 users in first three months. Today we’re at 400,000 users.”

“The name Nozbe was invented by me and my buddy Wiktor when we were in college in 1999 and we wanted to launch a web-based reminder service. We were playing with the phrase: To Be Naturally Organized and after trial and error found Be-oz, N-oz-be, so in the end Nozbe which we thought was cool - 5 letter word with a Z in the middle, doesn’t mean anything and the .com domain was available. Eventually we launched the service and shut it down after 2 years. But I kept paying for the domain so when I was launching my project/task management web app, the word Nozbe and the theme of being organized fit perfectly so I used it again. 10 years in and people still ask me where the name came from :-)”