There’s this movie with Will Smith: “I, Robot”. Well, I just got rid of my Nexus S and Nexus 7 devices (gave them to my team - they’ll do the testing of Nozbe) and I can safely say: “I, NO robot.” I’m not using any Android device anymore and I won’t be doing it in the future. And not just because I’m #iPadOnly and I use my iPhone as both the wallet and phone. It’s beyond the technology, my Apple-fanboy status or specs. It’s about my lack of trust in Google as far as my personal information is concerned. It’s about my right to privacy: 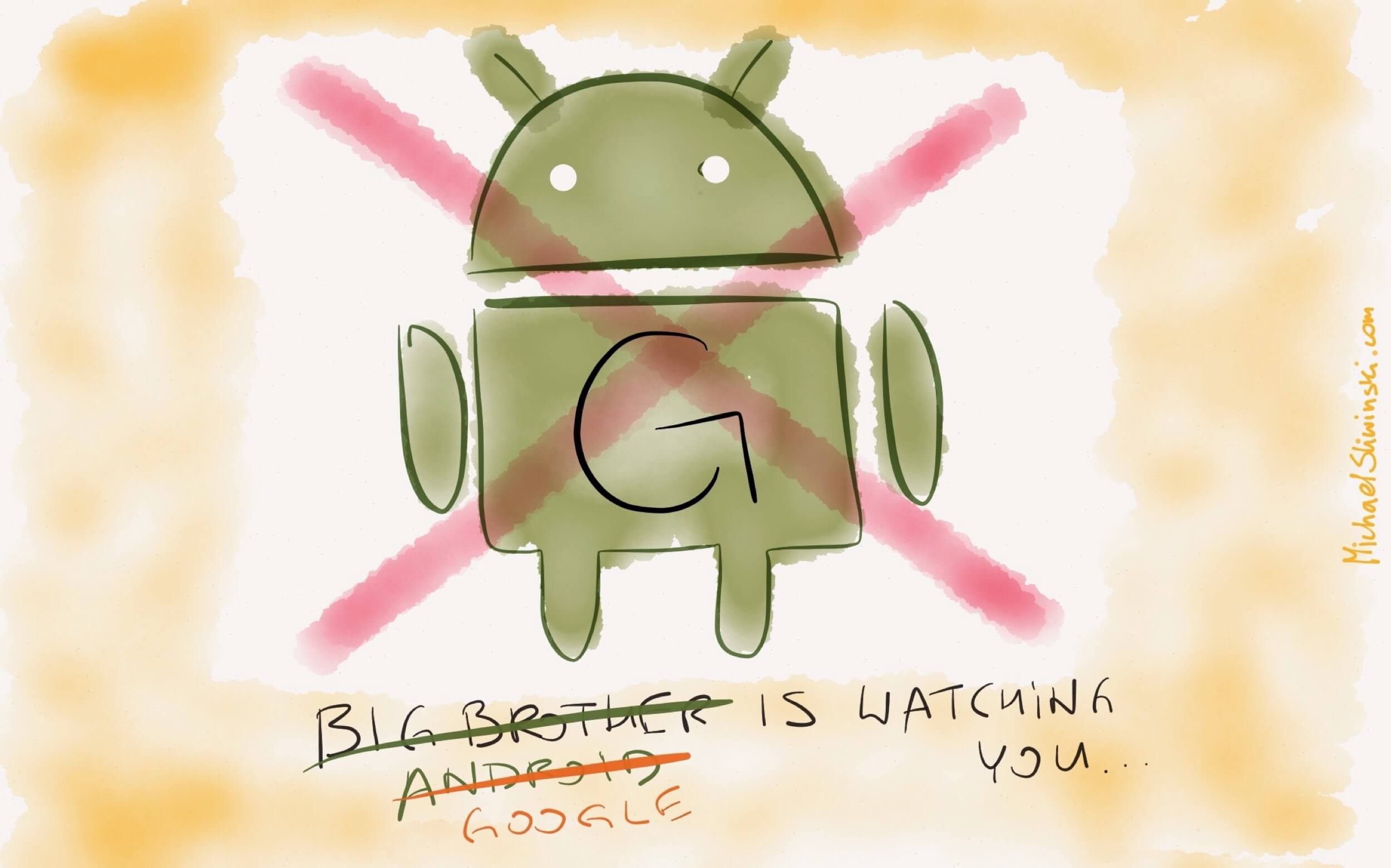 Recently I had a few conversations with some of my friends about how Android OS improved over the years and in many ways matches iOS and how the Android phones and tablets are better spec’d in many ways than their iOS counterparts. Apart from my personal conviction that the iPhone is a better phone (Aluminum vs plastic, touch-ID vs pin codes) and iPad is a better tablet (screen, weight, aluminum… design… and apps), what I realized is that when comparing the two platforms, we only talk about specs and design… what we don’t talk about are the underlying differences between the two companies that power our devices: Google vs Apple. Here goes:

Product? Apple is selling you the products… and to Google - you are the product…

I could end my post right here. But let’s dive a little deeper into this. Apple has NO INTEREST in your personal data. They don’t sell you ads, they don’t care about your personal information, they just want you to use their products and keep buying new iGadgets (something I’m doing every year :-). Heck, they even admitted they might have designed iMessage in a way to be able to view your messages but they didn’t. They really don’t want to know what you’re writing to your mom.

Google is different. Their customers are companies buying ads from them (I should know, I also buy AdWords). To Google you’re just a product they sell to their customers. When you’re using Google’s tools (and I still use Gmail…) they collect information about you to be able to sell it better to their customers. This means they inherently care about everything you do when you’re logged in to Google’s services. They want to know everything about you. And by everything, I mean exactly this: EVERYTHING.

When you’re using an Android device, you’re logged in to Google ALL OF THE TIME

This is exactly what they want. They even recently introduced a “Google layer” of software that’s between the core Android OS and the apps you’re using to make sure they can trace everything that you do. Everywhere you go. Every phone call, message, location, everything. They might say that they’re “not evil” and they need your consent to track everything… but they’ve proven over and over that they actually do everything to track everything (case in point - recent Safari cookie trick and lawsuit).

On my Mac, iPhone and iPad I’m logged in to Google’s services only in the Chrome browser (which is not my default browser anyway). On these devices I can choose to do that. On the Android device I have no choice. So I choose not to use such a device anymore.

That’s the thing. With “Google Now” it seems like Google knows what you’re up to before you know it. It is spooky but convenient and I can understand that. But that’s another case in point - Google wants you to use such services in order to collect more information about you. For their customers.

Maybe you just don’t care about it. And that’s fine

OK, maybe I’m just being paranoid. Maybe you actually love Google Now and you don’t mind Google knowing EVERYTHING about you. That’s fine. I’m not judging.

All I’m saying is that next time you choose an Android device, make it a conscious choice, be aware of the fact that you’re choosing to be tracked all of the time and that this Google corporation knows everything about you. That you’re logged in to their services all of the time when using your phone or tablet.

That’s it. In my book, choosing between Android and iOS shouldn’t be only about the specs. While I still believe Apple’s products to be superior to Android’s, what struck me was that people choosing the latter products don’t realize to which extent they are being tracked and that in fact, they become someone else’s product.

P.S. Having said that, Nozbe has apps for Android phones and tablets and we’ll happily continue supporting both platforms. Again, choice is yours. Just make it a conscious one. That’s all I’m saying.

Question: Do you use Android or iOS? Which do you prefer? Why?