I would like you to join me in San Francisco between March 11-13 (in a week!) for the GTDsummit organized by David Allen, the “father” of Getting Things Done.

Meet me and Nozbe during the first GTD Summit 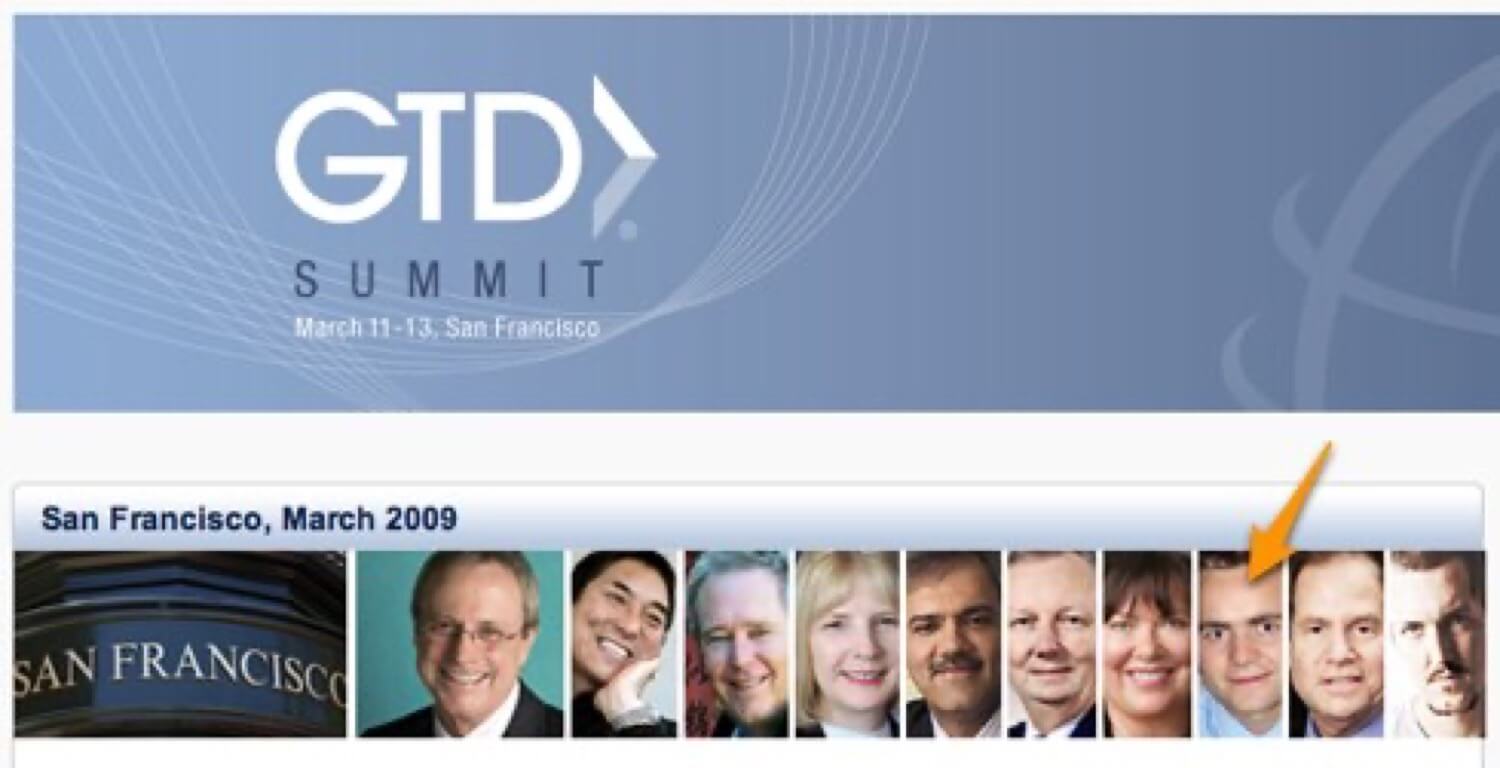 Speaker at the GTD Summit!

There have been very few times when the improved productivity of organizations and the people within them has been so critical, or when own personal focus and control been so challenged as today. As we have to think about ”doing more with less“ and working “smarter not harder” the use of productivity methods that really work has never been so crucial.

This coming March 11-13, I will be joining best selling author and executive coach David Allen at the GTD Summit in San Francisco. David is the author of “Getting Things Done” often referred to as “GTD” which has sold more than one million copies in a hundred countries.

The GTD methodology is in high demand. It is being replicated in more than a hundred software applications, buzzed about in hundreds of blogs, and incorporated into the professional development curricula of dozens of global corporations. I am inviting you to learn and apply what David Allen, other business leaders and I have to say about “Getting Things Done” in challenging times.

I will be joining David as a panelist during the summit and also Nozbe will be joining the David Allen Company as a Sponsor and Exhibitor so make sure to stop by our booth!

Nozbe Booth - meet me in person, watch a presentation of Nozbe 2.0 beta and receive a gift from Nozbe!

I hope that you will join us and I’ll see you there!