On the Nozbe blog I just wrote about how Nozbe was singled out by Apple as one of the “best new apps” on the App Store right on the eve of us releasing a newer version of Nozbe 2.1.8 with lots of improvements for the Apple Watch, bigger screen phones and lots of Android love.

Check out these few quotes or read the entire article: 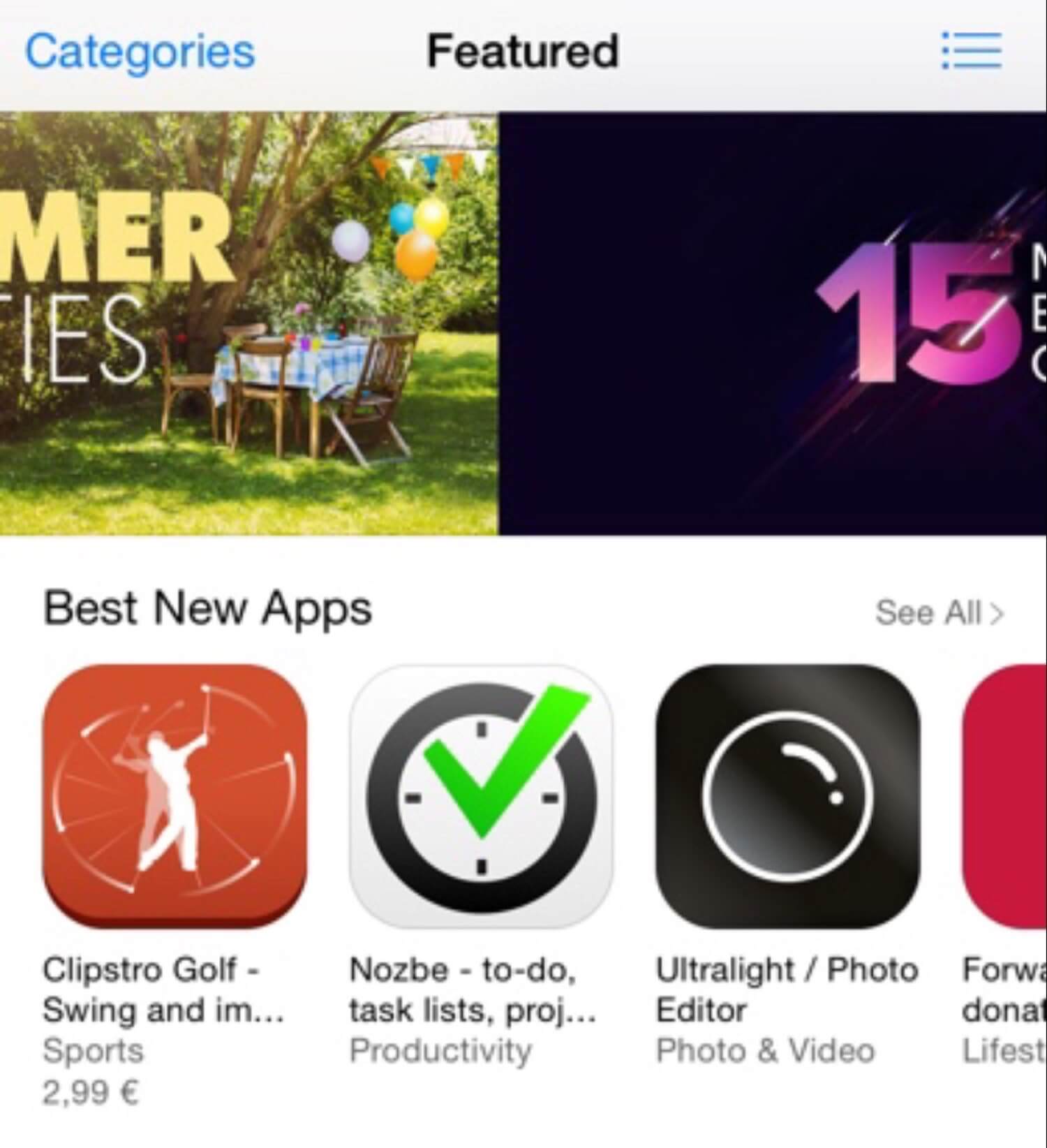 “Yes, it’s nice to see your work being recognized by a big player like Apple. Especially after seeing that they usually recognize our competitors who are not really better than us…”

“Nozbe has been successful despite all that. We’ve managed to attract more than 300K users without being highlighted by Apple or Google.”

“Thanks to you we didn’t need to be singled out to be successful and become one of the leading productivity apps on the Internet. For that I thank you so so much!”

Jump to read the entire article »