“You’ve been kidnapped. Your kidnappers allow you to keep tweeting to pretend everything is alright. What would you tweet that would alarm your followers without the kidnappers knowing you’re asking for help?” was a challenge Kate Hackett posted on Twitter. I must admit at first I didn’t fall for this but later I thought I’d join and eventually came up with quite a few tweets. My idea was to come up with something that for many people could probably sound true. Just not for me. Here goes: 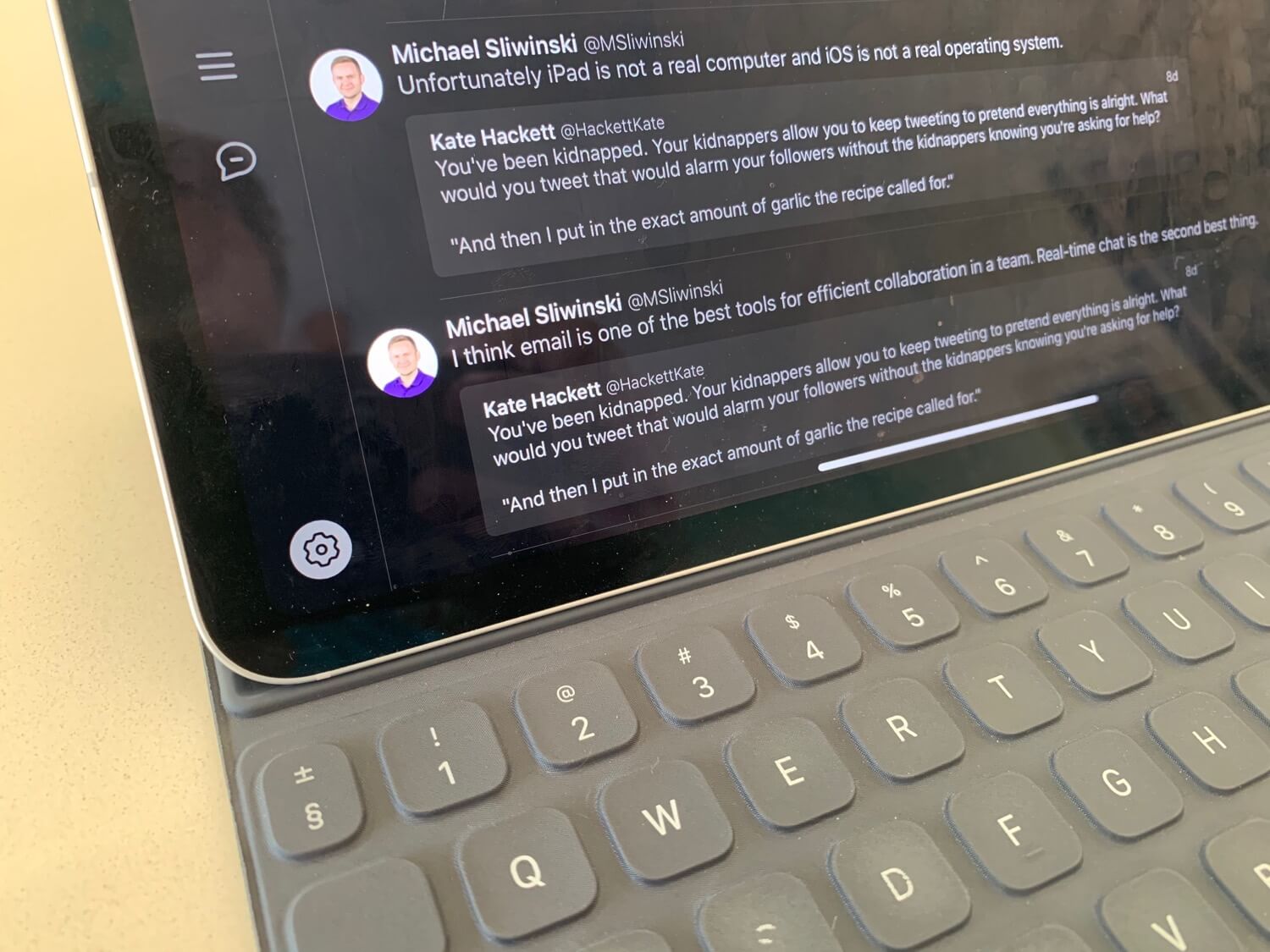 About iPad and me being iPadOnly

My iPad Pro is just a glorified iPod touch and will never help me get real work done. Tweet

Many people actually keep thinking that. My iPad Pro is my main computer…

About the way I’m running Nozbe

We’re about to announce raising series A of funding for @nozbe to accelerate our growth and dominate the to-do app space. Tweet

After 13 years of running @nozbe we’ve realized our mistake and are renting this beautiful office space in the heart of Warsaw for us to finally be able to work effectively. Tweet

About the way we’re communicating in Nozbe

I think email is one of the best tools for efficient collaboration in a team. Real-time chat is the second best thing. Tweet

Some people and businesses really believe that. They don’t know any better. That’s why we’re building Nozbe Teams now.

I really loved this challenge! Will you join me?

Tweet at me and let me know which phrase could describe other people… just not you! Let me know!