Recently I’ve been remodeling my home office and one of the design ideas was to make use of my old hardware - and I found a special place for my good old trusty iPad 3 retina which started my iPadOnly journey (back in April of 2012 - so almost 8 years ago!) and it not only hangs there - it still works amazingly - here’s how: 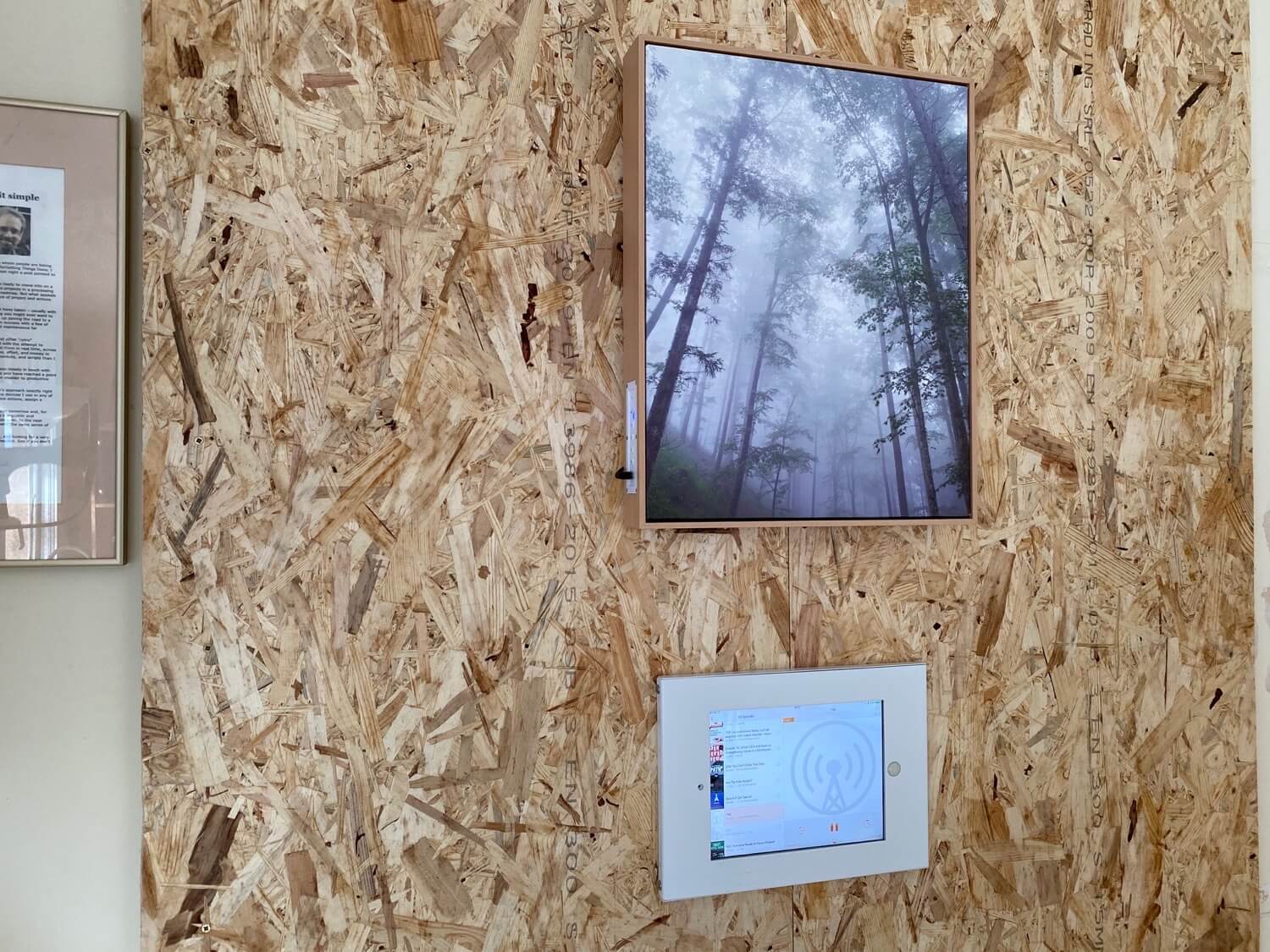 One of the key changes in my home office for 2020 is the introduction of OSB board. I’ll share the overall design later once it’s finished, but as you can see on the photo, I’ve bought a special iPad mount on Amazon and installed the iPad in such a way, that the cables are hidden behind it.

Right above it there is a cool picture frame which I bought from Energy Sistem which actually is a big Bluetooth speaker that just looks nice. Both the iPad and the speaker are connected wirelessly and the system just works - the sound goes to the speakers right from the iPad.

What can I do on the iPad 3 still? Turns out quite a lot!

The iPad 3 is an old device - it’s latest supported iOS is 9.3.6, but turns out that there are still apps that run on it very well, here’s my list:

Yes, the iPad 3 is not the fastest machine in my home office. Actually it’s painfully slow to use the above apps… until the playback starts. When it’s about playing the videos, the audio, the whatever content - it’s perfectly fine. Wow.

Not only is this iPad still very useful. It’s been used a lot over the last 8 years. It was my first #iPadOnly iPad prompted a vacation with my wife, later I gave it to my mum and she was using it for years and now it’s back in my home office, working and reminding me of my roots as the #iPadOnly guy, the co-author of the #iPadOnly book.

It’s also a statement that some tech gadgets can last a long long time and be useful for years without a hitch. I love having it on my wall!