Yesterday many Twitterers noticed my video on Productive! Show about my capture tools and asked about my GTD notetaker wallet designed by the GTD father, David Allen himself. This year in March when I was speaking at the GTDsummit in San Francisco I decided to get me one of these: 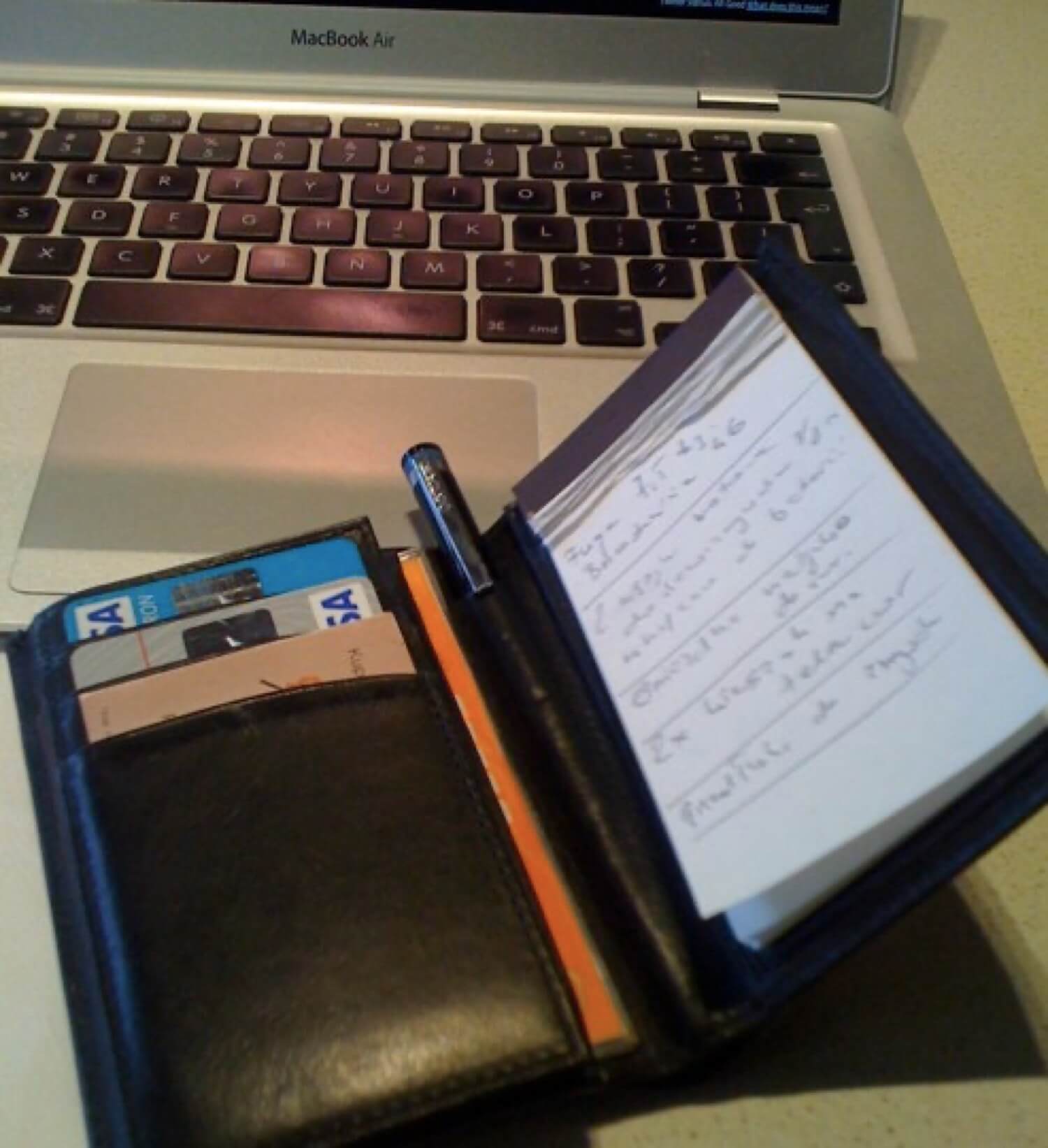 I talked to David about the idea behind the wallet and why would he invent such a thing in the world of electronic devices.

David said this wallet was very helpful - in a meeting or on the party, jotting stuff down in the wallet wasn’t that problematic. People would accept it very well… contrary to a situation when you’d pull up your mobile phone to add a note. They’d think you’re not interested in the conversation and you’re texting someone.

Also the logic is very simple - you jot stuff down in the wallet and when you get back home you just tear the pages away from the wallet and put them in your GTD inbox.

Now, when you’re in the processing mode, you’d just pick the notes one by one from your inbox and decide what to do with the data saved on them… and later simply throw the notes away to the trash bin.

The photo above shows my real-world notetaker wallet with the information I jotted today that went straight to inbox when I came home. As you can see, I’m really using the wallet extensively and notes are being torn away very often. Good I bought a lot of refills with this wallet.

Additional benefits of a notetaker wallet

There are two additional benefits of this kind of wallet that are not being advertised by David Allen Company:

1) It’s a more creative thing - with the mobile phone you have to write… and with the notebook inside your wallet, you can draw freely and express yourself as much as you like… and when you draw something for someone, you can share the note instantly by just giving it to them.

2) You always have a pen with you - it’s so many times that people keep on asking me if I have a pen on me. Well I have, at all times. It’s in my wallet and it’s a very small, but very nice ball pen. It’s really great to have one handy with you at all times.

You don’t need the original GTD-compilant notetaker wallet designed by David Allen. Any small notebook and small ball-pen in your traditional old-school wallet will do just fine… but it’s really great to have it all handy and in your pocket at all times. I know.

Watch my video on Productive Show, where I’m showing my capture devices (with notetaker wallet being one of them).

Question: How are you capturing your thoughts? Are you all-electronical or do you also use old-school paper methods?