Yesterday Google launched the long awaited iPhone killer. Some folks love it, others don’t. What worries me though is the fact that Google didn’t innovate at all with this device… they’re just playing a catch-up with the iPhone… and that’s just sad. 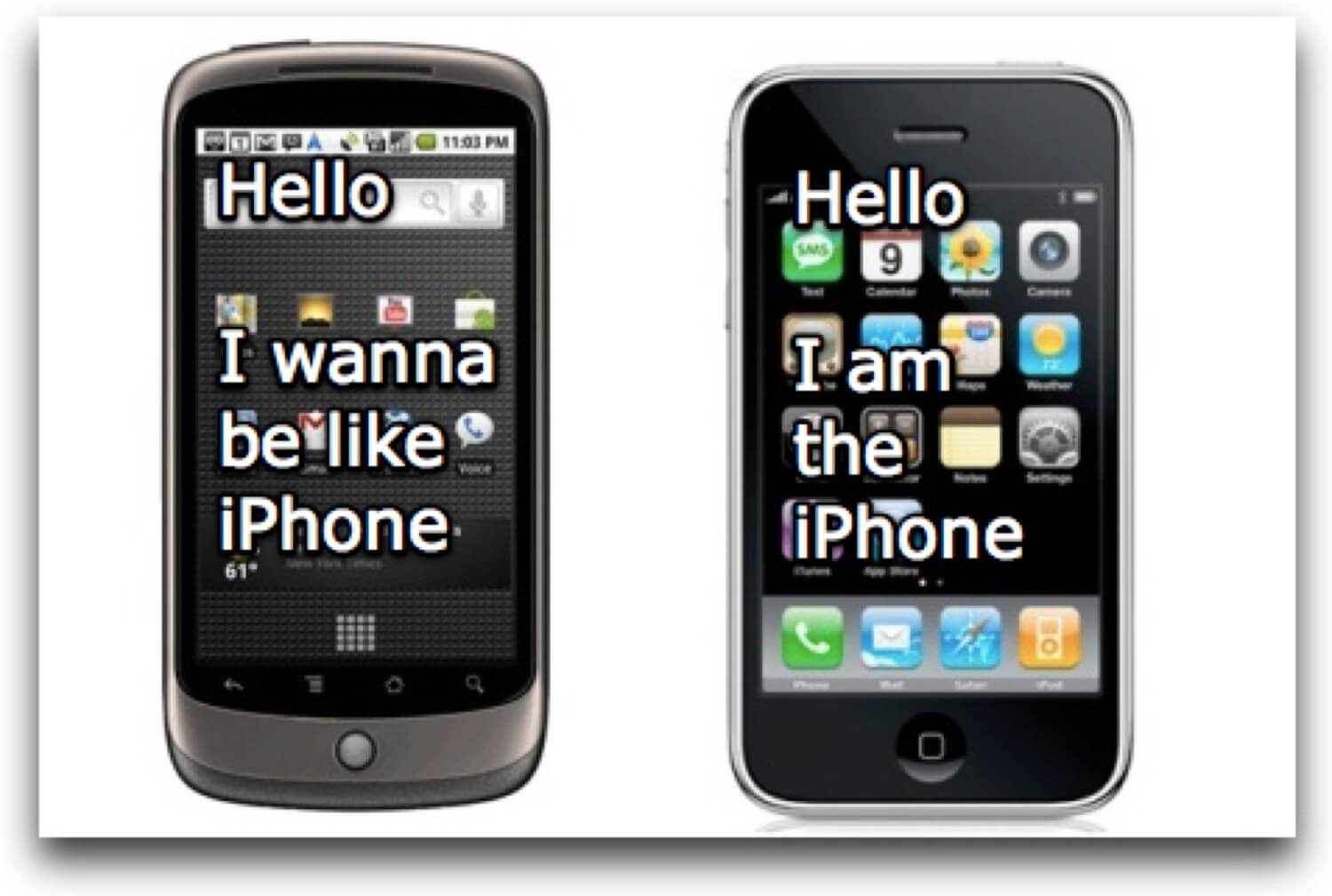 Don’t get me wrong, it’s not the fanboy in me talking… I actually like Google’s innovations and I’m not saying the Nexus One (what kind of name is that?) is a bad phone… it’s supposedly even a little faster than the 3GS… but still, I thought Google knew better. After all, they have great engineers… and infinite money.

iPhone re-invented the way we use mobile phones.

In one of my past posts I wrote that iPhone re-invented the way we use and interact with the mobile phones. iPhone brought real Internet to our phones, created Appstore, made us fall in love with the multi-touch etc. What did Google’s phone bring? Faster processor. Big deal. Specs don’t matter. User Experience does.

Google knows how to innovate… they forgot this time around?

I mean c’mon - these guys reinvented the search - they made giants like Altavista and Infoseek pack their bags and go home. They made search really work.

Google re-invented the e-mail with Gmail - Gmail is the best webmail possible and by a large margin - when it showed up - we had lots of storage and great and super-fast interface, conversations and google-powered search. Just great.

Why didn’t Google innovate this time? Answer: no passion.

When Apple went to reinvent the phone, Steve was all passionate about it. He wanted something new, fresh, different. And they did. When Google showed up with search - same story - lots of passion and drive to make something better and new.

The mobile phone market is a “me too” business for Google.

I think Google just wants to be in the mobile phone market and they believe it’s a right thing to do. No passion here, no conviction we need to do something better or different. Google is just doing a “me-too” stunt like they did with many of their projects that failed (or are doing so-so).

Passion is everything. You need to be passionate in order to succeed.

I’ve seen many entrepreneurs or startup owners going for business that they thought was just a right thing to do and even though they had the skills, they failed. I created Nozbe because I needed this app and I keep on using it every day and love improving it. Apple created the iPod or iPhone for the same reasons, and this month they’ll change the industry again with a rumored iSlate…

Passion makes the difference. Passion inspires people. Passion is love. And love is all we need.