Over the years of me being involved in the so-called “startup world” I’ve heard numerous successful startup founders undermine the role of higher (college or university) education sometimes very credibly saying they’d be better off without a degree. Recently Michael Arrington of Techcrunch said it, too (and he has two degrees). Well, he’s wrong and he knows it. I say: Get a degree 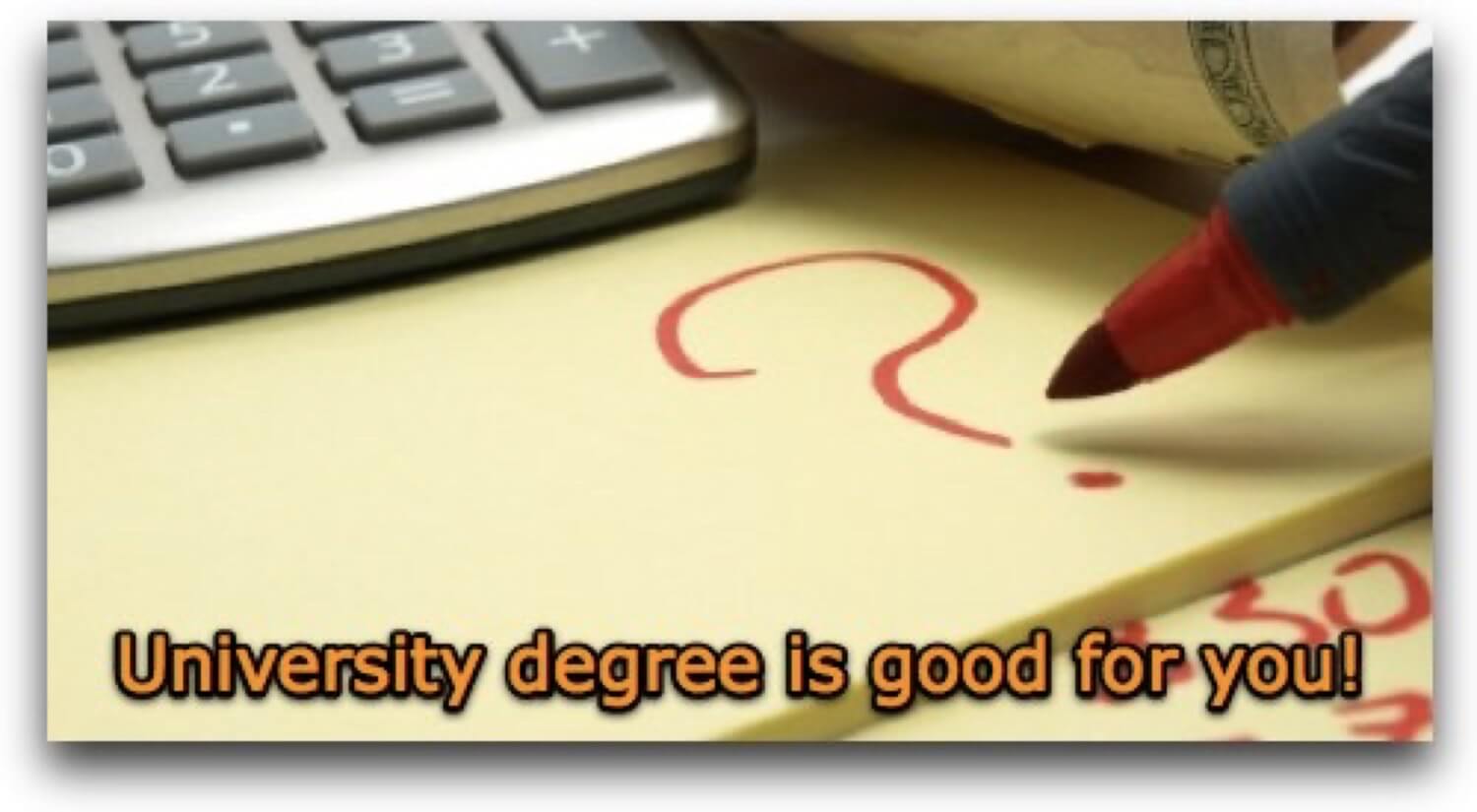 Mark Zuckenberg was a dropout, Steve Jobs and Bill Gates, too. Great. While they make great headlines in the press, these are just rare examples of guys who made it big in spite of dropping out. History teaches us that most of the other founders are indeed people who do have formal education.

Take Google - Sergey and Larry finished their degree and dropped out of PhD studies…. and their CEO is Eric Schmidt - a university professor. Want to create a clever company like Google - get a degree :-)

University is not a trade school

The problem with people applying to the university and running universities very often is that they see it as a “trade school” where you learn the trade and once you’ve graduated you have the skills to be successful in your trade. Nope, this is not what University is about.

University is about “learning to learn”

At the end of the high school I had the final exam and it was very stressful and very hard… and when I entered the University I discovered that it wasn’t. Almost every single exam (and you have many of those when you study) at the Uni was more stressful than the final high school exam. I quickly learned how to deal with stress, how to learn to absorb lots of information quickly… and even how to learn stuff I hated just to pass the exam. This is a totally new set of skills that you don’t acquire in High School… and which is a lot more useful in the “grownup life”

University is about “networking” and social life

In the university you learn how to “network” - how to make friends quickly and easily, how to learn stuff with others, how to collaborate, and how to party together till the break of dawn… :-) It’s all there and it’s very useful. Believe me, you don’t get to party all that much after you’ve started “real grownup life” and the skills you learn during the social University life are just fantastic.

University is about finding your true passion

I had no clue what I wanted to do with my life when I entered the University. I knew what I DIDN’T want to be (lawyer, doctor, etc.) so I chose to study business in general and start searching for my true calling. It’s because I went with a very broad study field like business, I managed to get to know lots of people with different passions and was looking around for mine. The networking part of the Uni life was helpful with that.

By learning intensively for the exams you quickly discover which subjects make sense to you and which don’t. By digging deeper you find things you really like and take it from there.

I loved to travel and learn new languages, this is why I ultimately studied at three universities in three different countries, learned 2 new languages (German and Spanish) and finished the studies with 2 degrees in business (one in Marketing and second in Economics) … and made lots of new friends in the process.

Moreover, because I liked my geeky friends and was fascinated with the Internet, in my spare time (and you have tons of it at the University) I quickly learned how to program with PHP, MySQL and other web technologies…. and this is what ultimately made Nozbe happen (yes, I wrote the original code myself).

University gives you 3-5 years of youth, creativity and freedom

The last benefit is that taking the University route gives you around 5 additional years (depending on your career path) of being young and silly. Yes, that’s right. You’re an adult already but you still live off your parents, you get to be irresponsible and crazy and that’s actually expected of you. There is no pressure, no mortgage, no kids to feed… and you can use all of this time to unleash your creativity and enjoy freedom… to be able to build great companies and startups later.

University is a way to go

That’s what I did and what I recommend you to do. OK, you don’t get to be that prodigy Mark Z. who at age twenty-something is worth more than Steve Jobs, but is it really what you’re dreaming of? Is it even probable? Or do you just want a happy life with a passionate work that helps you make a dent in the universe? I chose the latter and I’m loving it.